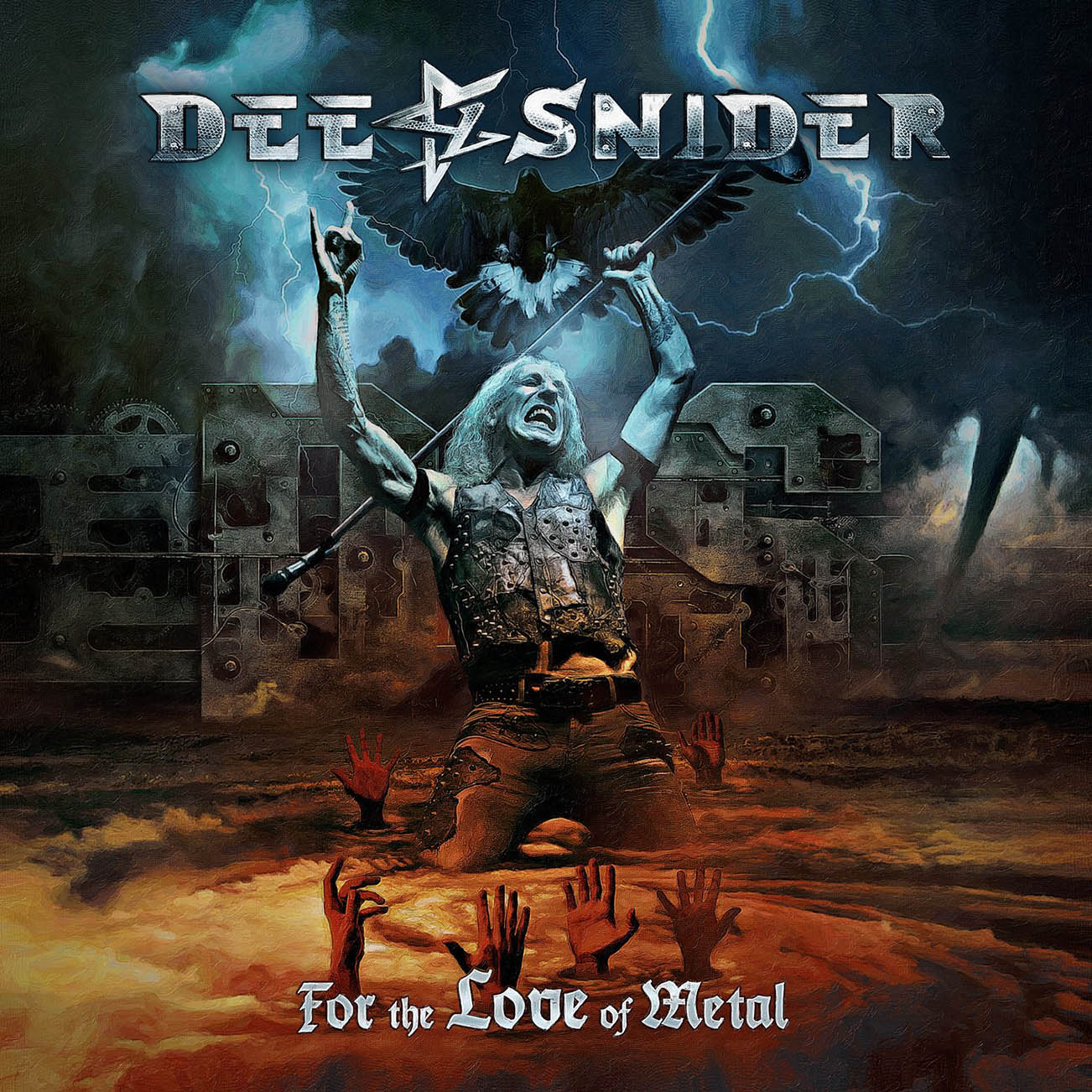 Dee Snider – “For the Love of Metal” [Album Review]

When Twisted Sister announced their farewell tour after the death of drummer A.J. Pero in 2015, they went out with a bang at their final UK show at Bloodstock 2016. That said, it was never going to be the end of Dee Snider’s career – there was no way an energetic and ambitious guy like him could retire and chill. After many successes to his name, from the aforementioned Twisted Sister to Broadway to movie director, the almighty Dee Snider was not going to give up. And of course he hasn’t, what with his charity work and now this – For the Love of Metal, a contemporary metal album, and his third solo recording. With contributions from big names in metal such as Hatebreed vocalist Jamey Jasta as producer, Mark Morton (Lamb of God), Howard Jones (ex-Killswitch Engage), and Alissa White-Gluz (Arch Enemy), on paper, it’s hard to see where this album could go wrong.

Looking at the tough-sounding track list containing such titles as “I Am the Hurricane”, “American Made”, “Become the Storm” and “Dead Hearts (Love Thy Enemy)”, the premise of this heavy metal release is the fundamentally balls-out, American bad-ass ideology that Snider has carved a reputation out of. [1] The tracks are primarily short, fiery, metal-laden thunderclaps throughout the run-time, with Snider’s distinctive vocals immediately recognisable over the sonorous instrumentation; it is hard to see where the formula would go wrong. Dee’s vocals are still in fine fettle, and more ferocious than ever; and the music in For the Love of Metal does echo the Twisted Sister roots, with a modern heavy twist to the classic anthemic rock album. The guitars are simply breath-taking, with complex riffs and immense solos along with solid bass and drums parts.

The “Become the Storm” single is one of the best on the album.

This album is definitely one that needs many listens to get the most out of it. The songs are ferocious and heavy, Snider’s voice punctuating the mammoth melodies like lead shot through a skull. “Tomorrow’s No Concern” is ridiculously catchy, with a particularly hooky chorus. Matching its tough title, “I Am the Hurricane” is an equally tough three minutes of heavy metal riffs and a distinctive pre-chorus in which Snider snarls out the key lyrics – “I am a force of nature… I am the hurricane.”

“American Made” is again full of more hard-hitting melodies, though it is not one of the strongest tracks on the record due to the weak lyrics and repetitive chorus. It’s where this album’s formula of “metal meets Dee” breaks down a little. “American Made” is followed by “Roll Over You”, which is another weak track that does not warrant repeat listens; the profanities in the lyrics seeming to be added for reaction rather than artistic merit, but with Dee’s laughter at the end we get the impression that the track was never meant to be serious. Thankfully, the album returns to form with the bulldozing “I’m Ready” – the album recorded after the death of Dee’s mother, it truly feels like he was fully behind this track with its blistering solos and emotive lyrics. The strength continues, with the spectacular “Become The Storm” embracing a modern metal sound, harmonic guitars and Snider’s softer vocals on the chorus.

Check out the lyric video for the single “Tomorrow’s No Concern” here.

“The Hardest Way” is another track that fails to leave a positive impression, but “Dead Hearts…” redeems it with a surprising and haunting collaboration with Alissa White-Gluz. The slow pace and soft vocals overlaid above melodies that still pound with a heavy metal heart, and striking guitar solos. Final track, and title song “For the Love of Metal” ends things on a high, with solid riffs and instrumentation, the power and strength oozing through the listener’s speakers.

The album is indeed a lot of fun, and it is awesome to hear the legendary Twisted Sister frontman back doing what he does best – not to mention still looking rocking in the video of “Become The Storm”. However, the record is distinctly uneven in jumping between stronger and weaker tracks; there are only a few standouts to take home. Though it is perhaps a bit too tame for fans of the guest vocalists’ respective bands, I am certain fans of Dee Snider will surely enjoy this album.

For the Love of Metal Track Listing:

Footnotes:
1. Along with his teeth, when he had them filed to points to appear more rebellious… Who remembers that?