In celebration of the forthcoming Cal Jam ‘18 festival on October 5th and 6th at Glen Helen Amphitheater in San Bernardino, California, there was a pop up show at L.A.’s Hollywood Palladium. The Palladium was Mecca for Foo Fighters fans who were there to see Taylor Hawkins’ band Chevy Metal and The Holy Shits, a moniker the Foo Fighters use for these surprise shows.

In their usual fashion, Chevy Metal played a set of cover songs such as Thin Lizzy’s “Jailbreak,” the Rolling Stones’ “Miss You,” and Queen’s “Tie Your Mother Down.” The crowd was in for a surprise when Queen drummer Roger Taylor took the stage for the Queen/David Bowie classic “Under Pressure.” Then Dave Grohl joined Chevy Metal for “Stay With Me.”

The Holy Shits (aka Foo Fighters) then delivered a set of deep cuts from their catalog, that included “Watershed,” “Gimme Stitches,” “Hey, Johnny Park,” and “New Way Home.” In keeping with tradition, “Everlong” closed the show. All set for Cal Jam ‘18? No? Then, hit the following link for to buy your General Admission Lawn Only tickets! 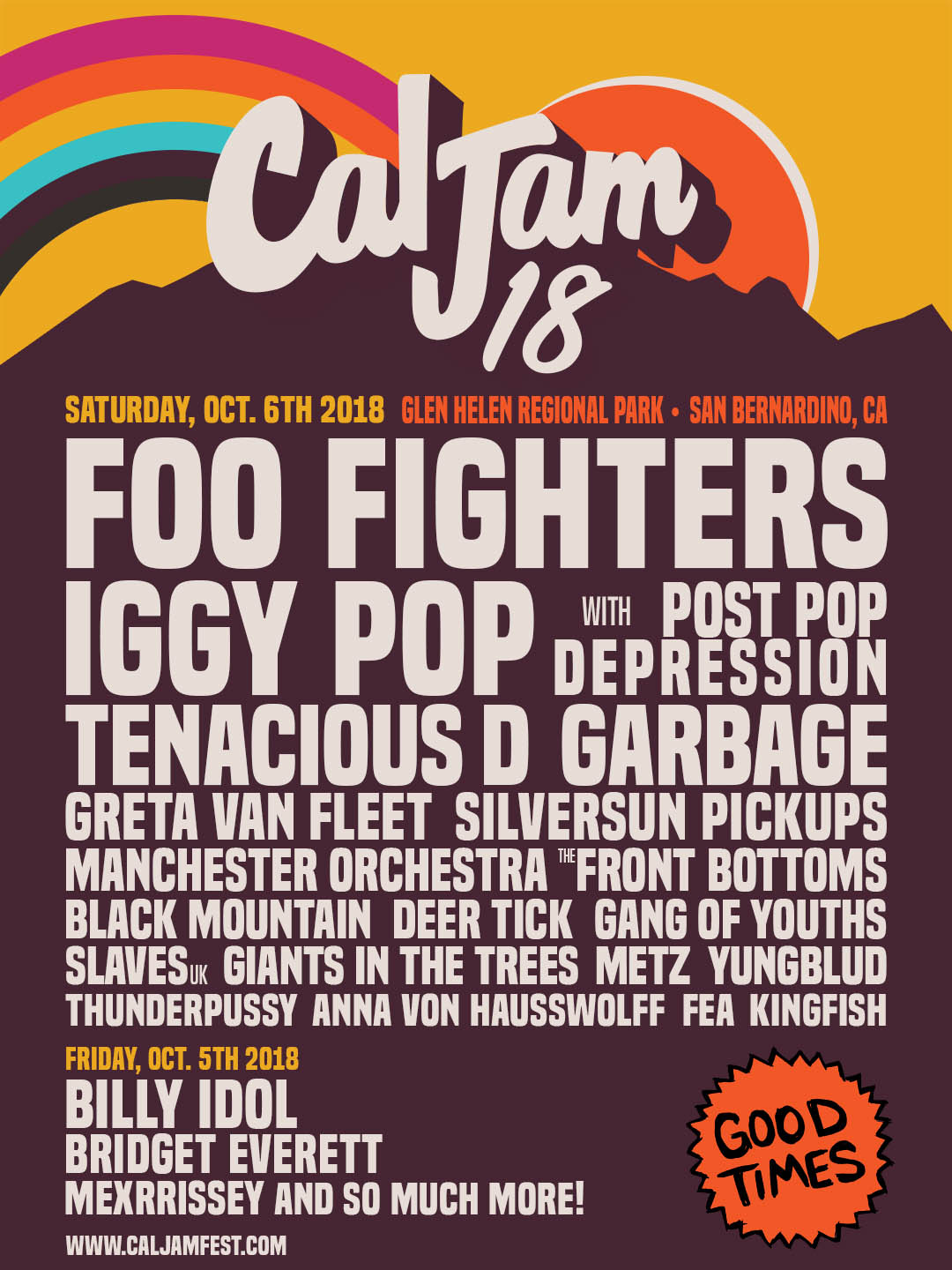