As we head out to the main stage for Day Two of Bloodstock Open Air, there appears to be a mass exodus from all corners of the site in the same direction where Dallas crossover bruisers Power Trip are ensuring that everybody is getting a work out this early in the day. While they may not cause the same carnage as someone like Municipal Waste have done at past Bloodstock events, the quartet have certainly woken Bloodstock up with a bang.

Back in the day there was a band from Nevada called December who, having gone through various incarnations and releasing a couple of solid albums, disappeared into the swamps. Well, the core of the band today pop up on the Sophie Lancaster Stage under their new guise Weight Of The Tide and deliver a tent-rumbling set of melodic sludgy metal. 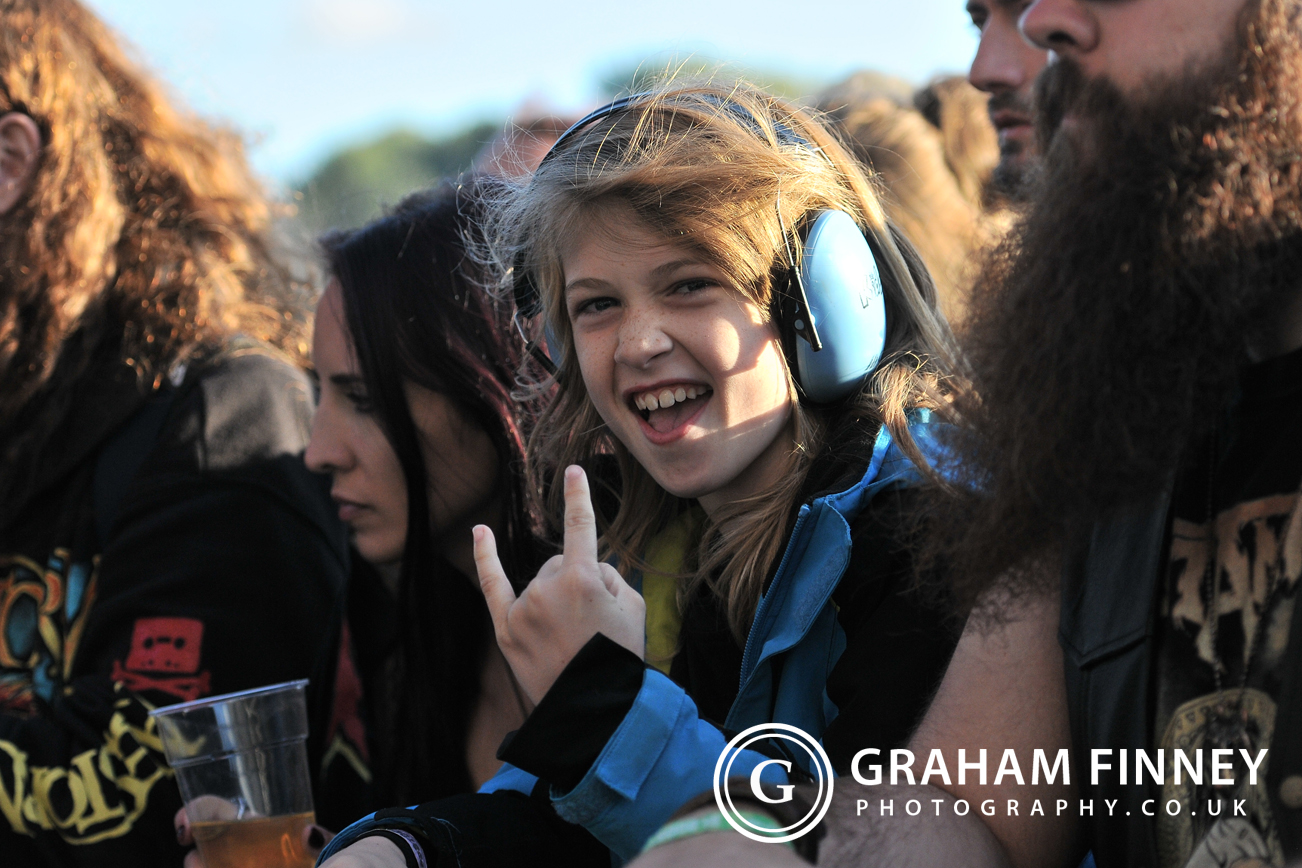 After a quick stop off at the Main Stage to catch a few minutes of Orden Ogran from Germany whose brand of progressive power metal we have to admit to not being familiar with although, judging by the banging heads in the front rows, that puts us in the minority. Still, it was only a quick stop off on the way back to the Sophie tent to catch Irish favourites Dead Label who, like the last time we caught them, are bang on the money and live up to the title of their closing track “Pure Chaos” by causing absolutely bedlam in the tent with their bludgeoning metal.

It stays ridiculously heavy on the Sophie Stage as Conjurer rattle through the kind of noise that really should come with some kind of health warning. Ferocious blasts of harsh noise fill the Sophie tent as the band throw every ounce of their being into their music creating the musical equivalent of having sledgehammer smashed into your guts. Absolutely glorious!

Speaking of heavy, Greek symphonic death metal chaps Sceptic Flesh make sure they have the attention of the arena punters with their brutal brand of dramatic heaviness. HG Giger inspired backdrops adorn the stage as the band, decked out in equally eye-catching body armour, pummel through their set in suitably epic style despite the mid-afternoon slot. 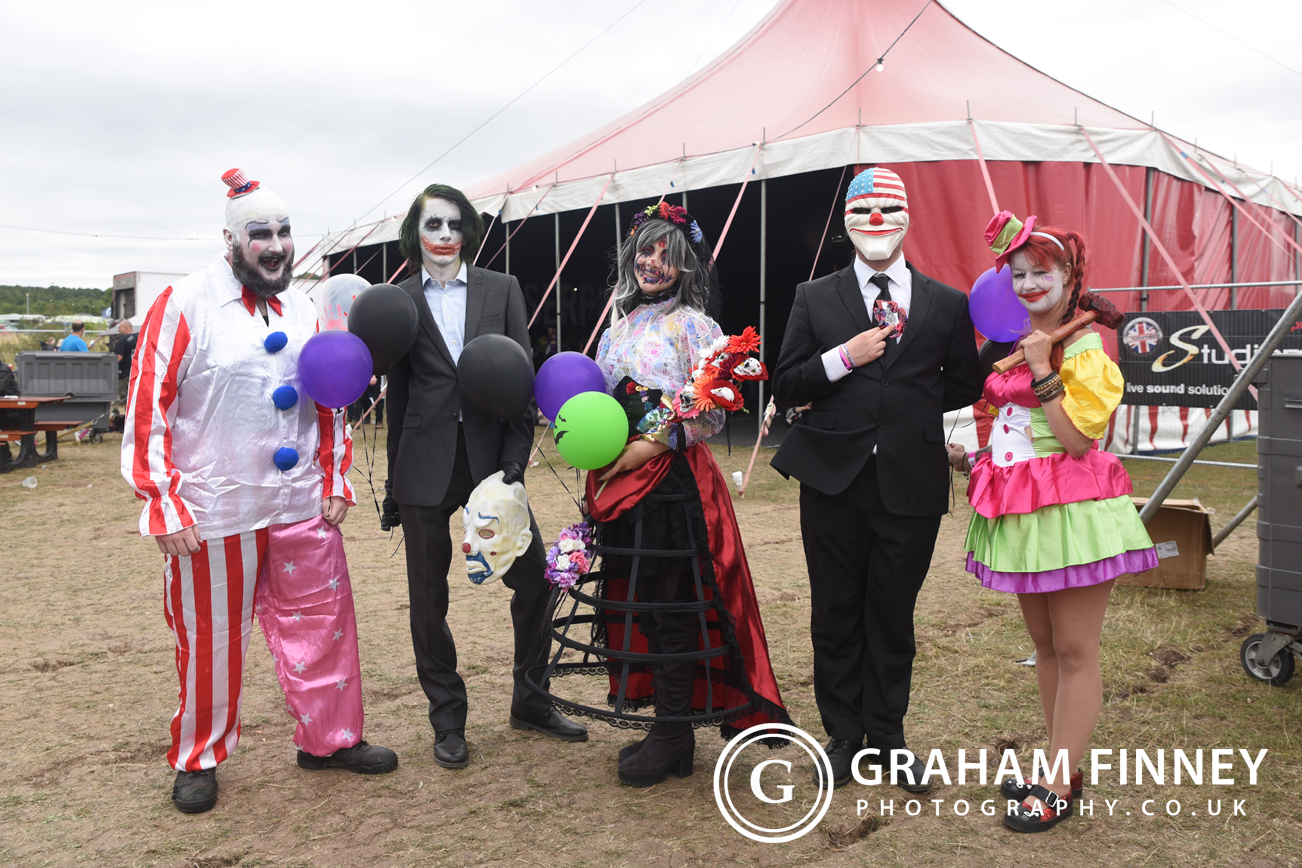 Black metal is represented well this weekend with corpse-paint drenched fans of the genre lapping up Norwegian masters Emperor yesterday. On day two it was the job Venom Inc made up of members of black metal veterans, and some would say originators of the genre, Venom, to provide the black metal filling today ahead of tomorrow’s eagerly anticipated appearance by Sophie headliners Watain. Firing on all cylinders, despite recent health issues, the trio batter through their heavy metal as the likes of “Diehards” may have been been drenched in cheese but were delivered with the feeling of a band who really mean business.

At the opposite end of the musical spectrum was industrial misfits Combichrist who provided one of the highlights of the day. Part Rammstein / part Ministry, the band drilled through their set with almost military precision. Completely bonkers from start to finish, the mechanical sound of the industrial outfit may have sat awkwardly between the heavy metal rage of Venom Inc and the pirate-inspired lunacy of Alestorm but, by the time they left the stage, they had provided Bloodstock with one of the most talked about sets of the weekend.

People either love or hate the pirate metal of Alestorm but, let’s face it, there are going to be very few haters in the Bloodstock crowd. Absolute pandemonium breaks out as the band take to the stage to be greeted by the sight of hundreds of inflatables. Security are forced into working overtime as bodies and inflatables (sometimes combined) pour over the barrier as the band add a dose of humour to the day’s events with plenty of songs about pirates and drinking.

There is nothing humorous about Cannibal Corpse though – unless you count the sea of Hawaiian shirts that greet the band as they walk out onto the stage. You see, Cannibal Corpse don’t do humour. What they do though, and have done for over twenty-five years, is face-pummelling death metal of the most violent variety. The likes of “The Wretched Spawn” and “Kill Or Become” are spewed out to a crowd baying for blood while a particularly touching moment sees the band dedicate “Skull Full Of Maggots” to their recently deceased friend Brett Hoffman from Malevolant Creation. “Hammer Smashed Face” brings the set to a savage finale and the band depart leaving the Bloodstock masses to drag their battered corpses off for some respite ahead of the headliners. 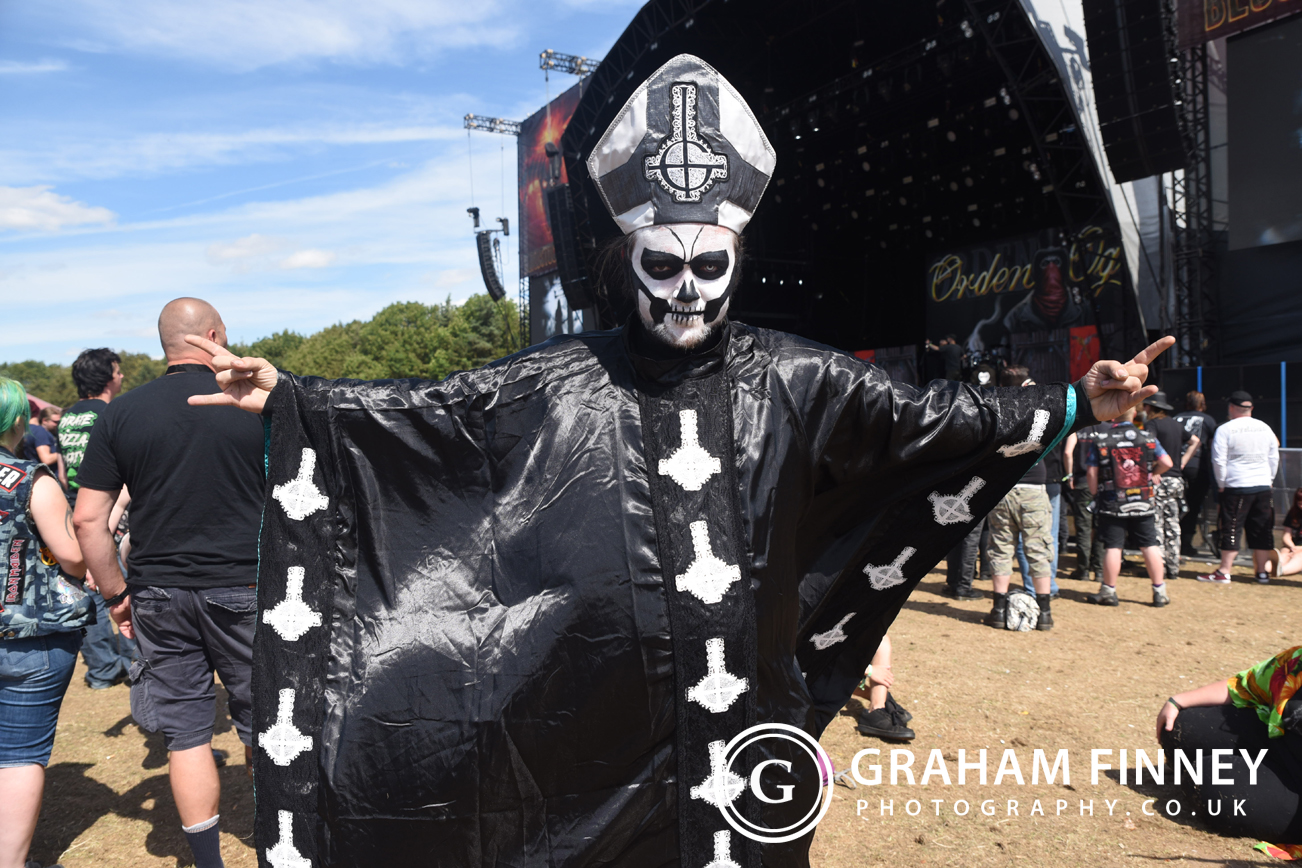 Now, while some would say that French progressive metal troop Gojira aren’t quite ready to step up to fill a festival headline slot, those people would have clearly been made to eat humble pie had they seen the epic performance put on by Joe Duplantier and his bandmates at Bloodstock. This was quite simply breathtaking stuff from the French outfit who put on an audio, pyrotechnical and visual display of the highest calibre. There is no way to follow a performance like this as the band plunder their impressive genre-crushing catalogue to treat Bloodstock to one of the most powerful headline sets this festival has seen in recent years. Just wow! 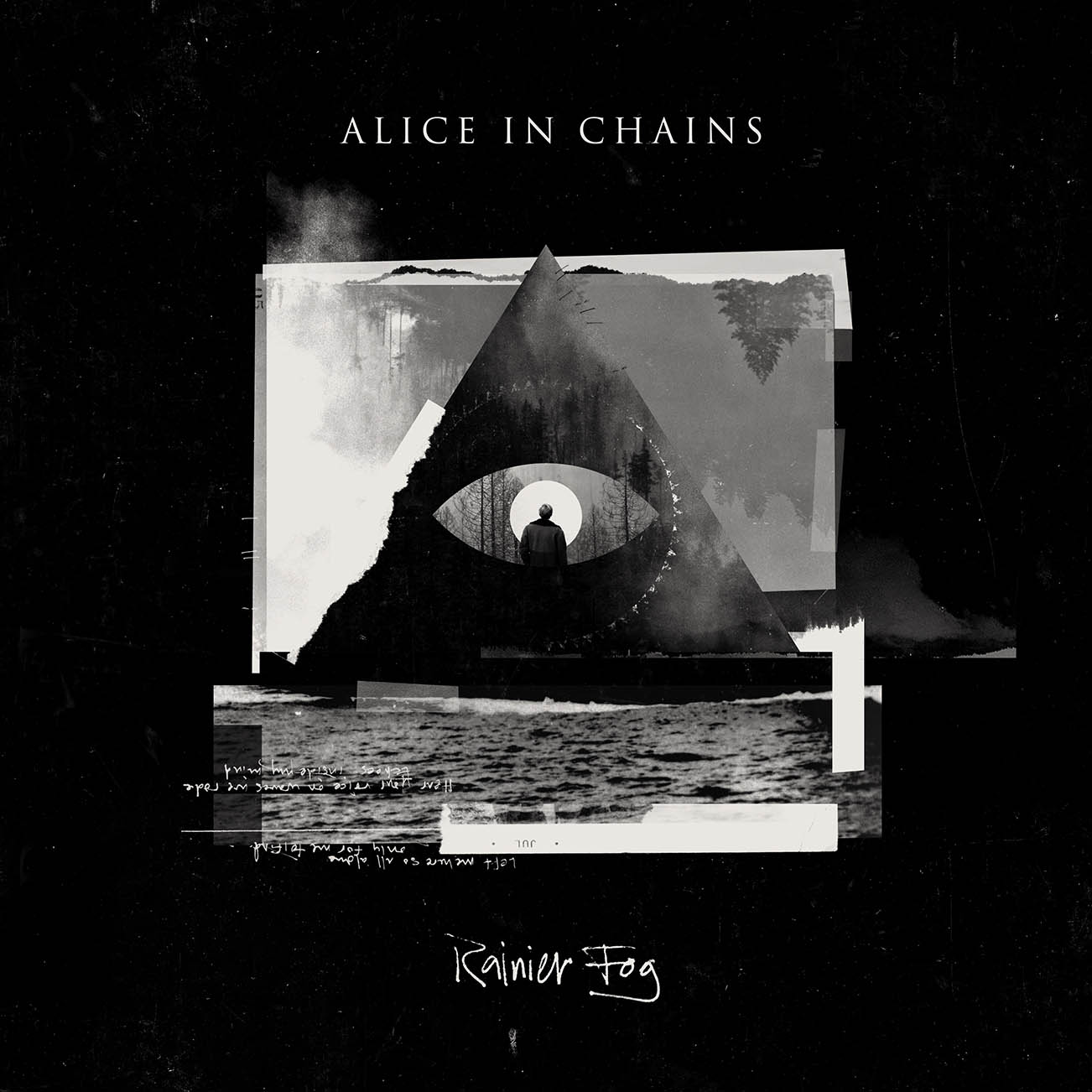 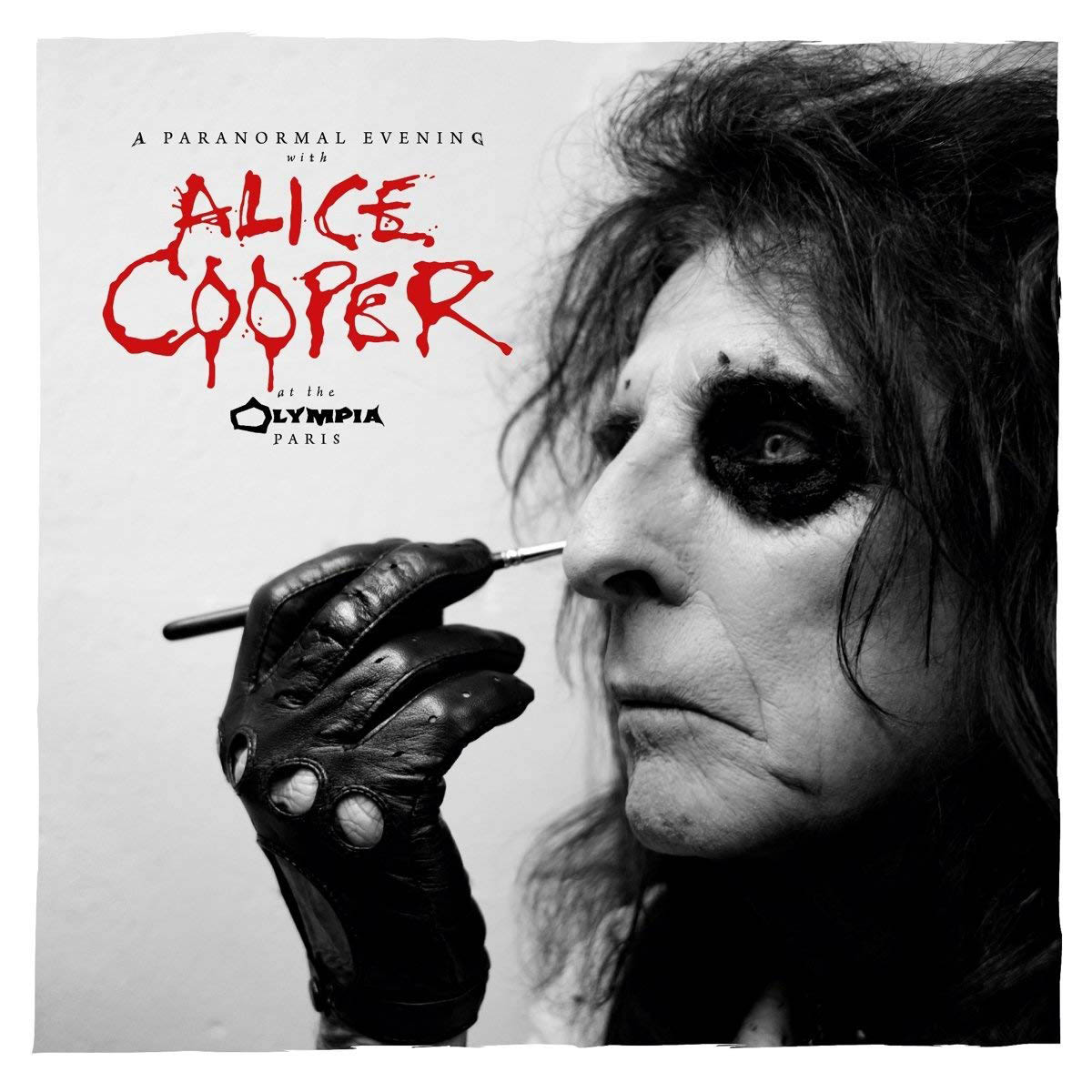