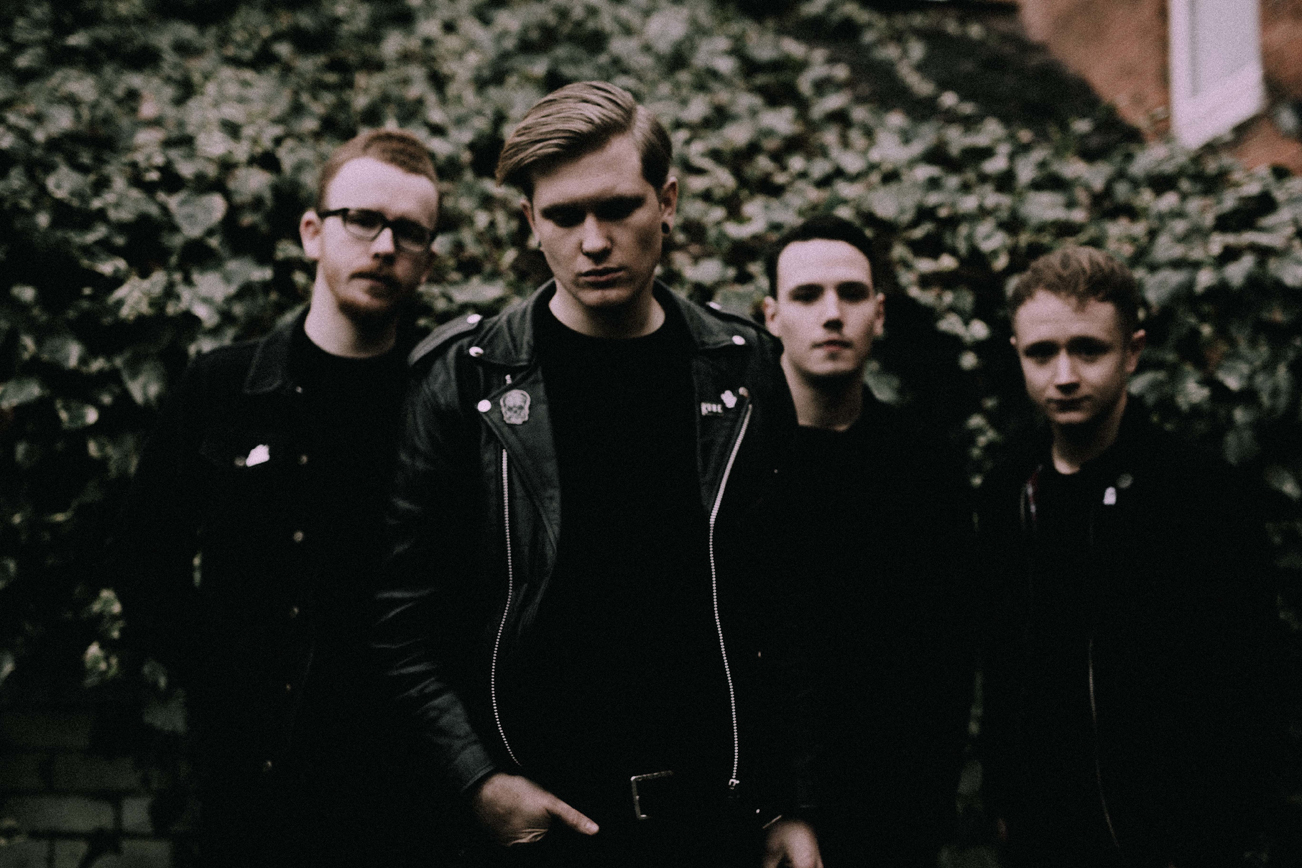 Miss Vincent recently made their return with the vintage-tinged new video for “Melanie”.

“”Melanie” is a song that came together really quickly” explains vocalist and guitarist Alex Marshall, “I’ve always loved 50s rock’n’roll, and one of my favourite elements of that era is the immediacy of the songs, which is something we really wanted to come across on this track.”

Given his love of 50s rock ‘n’ roll, we decided to get Alex to give us his top ten favourite tracks.

Check out the vintage-inspired video for “Melanie” here:

01. Fats Domino – “Ain’t That a Shame”
– I just can’t decide on an order for these, so let’s just say they’re all joint first eh? Fats Domino’s voice was so expressive and I always love that he never quite managed to get pigeon-holed – was he blues? Rock’n’roll? He just did what he wanted. He was also so modest that I don’t think he ever really gets the credit he deserves. He was such a huge influence on Elvis. And if you influenced Elvis, you pretty much influenced everything since. This song might seem like an obvious choice, but it IS great, so why not?

02. Johnny Cash – “Blue Train”
– I love Johnny Cash. I can’t think of another artist that made such incredible music for as long as he did. Some of my favourite Cash records are the ones he did for American Recordings, which is nuts considering the last two were released after he died. I could have chosen any of about 25 songs of his from the 50s, but I love Blue Train. It’s such an emo song, but dressed up with the classic Luther Perkins guitar style.

03. Dion And The Belmonts – “Teenager In Love”
– A recurring theme of my love affair with the 50s is their ability to make so much out of great harmonies. Back then, there wasn’t the option to record 82 guitar tracks and quadruple track the vocals to make it sound “big”. They had to use vocals as another instrument. It’s something that bands like Bad Religion picked up on years later, and you can hear it in our music too. I love harmonies, and this is such a great example of how to do it. This song tapped right into the hearts of teenage America, and Dion’s pleading vocals are wonderful.

04. Paul Anka – “Diana”
– This almost needs no explanation. It’s probably the only time a saxophone has sounded good in a song too! It’s got that shuffle beat going on, that short chorus which is so simple, but it just works perfectly.

05. The Crickets/Buddy Holly – “Maybe Baby”
– I could have chosen so many Buddy Holly songs, but this is the one that really got me into his music, so this is what I’m going with. Again, the backing vocals slay. When I heard it as a kid it blew my mind. Another thing I love about the 50s is that the songs are so direct and to the point – and often short as a result. There’s an infectious immediacy that really hits you.

06. Elvis – “Don’t Be Cruel”
– I have a very strange relationship with Elvis’s music. I’ve read a few books about him, and I always finish them with a bit of a sour taste in my mouth. How can a guy with that voice and that impact end up being what he became at the hands of the Colonel? Having said that, everything he did for Sun Records is unadulterated rock’n’roll perfection. I know this song is actually what he did at the start of his RCA deal, but it still had the same energy. Scotty and Bill playing with him and The Jordanaires backing him will always be my ultimate lineup. The riff at the start of this song is an all time great too.

07. Connie Francis – “Lipstick on your Collar”
– I actually discovered this song pretty recently, because my girlfriend used to have a tape as a kid with it on and she played it to me. It’s sassy as hell and I love the second part of the chorus in particular. This song doesn’t show off her voice’s capabilities that well, but she has some of the best vibrato I’ve ever heard.

08. The Chordettes – “Mr Sandman”
– Find me a better intro than this! Their harmonies were just great. I don’t know a lot of other stuff by The Chordettes, but this will forever be in every 50s playlist I ever make. That ‘…yes?’ in the third verse cracks me up every time.

09. Roy Orbison – “Tryin’ to Get to You”
– I love almost everything that came out of Sun Records around this time. It’s one of two places and time periods (the other being CBGBs in 75/76) that I would have loved to witnessed. What Sam Phillips managed to do was just incredible, and Roy Orbison’s version of this song is just wonderful. Yes, I’m well aware Elvis recorded it too, and yes, I absolutely prefer this version.

10. Danny & The Juniors – “At The Hop”
– I heard this for the first time in America Graffiti, and all I could think about was how much it sounded like The Ramones! The Ramones, in my humble opinion, are the greatest band of all time, so to hear something that had clearly influenced them so much was amazing. It’s even got the ‘Oh baby’ in the chorus that they just lifted right out of there! I’m always amazed at the level of impact the 50s had on punk rock – it’s not that surprising when you think about it, I guess. And again – yup, you guessed it – those backing vocals are killer!