Storming out of New Jersey with yet another helping of rock-rich hardcore is the quintet Gatherers, which released its latest studio recording, We Are Alive Beyond Repair, on June 1st via Equal Vision Records (Order and/or stream here). With the new offering the band gave listeners eleven songs rife with emotion and story, but not necessarily those of the group’s members. You see, the guys took a slightly different approach to the full-length’s concept and lyrical content, opting to leverage the stories of other artwork (novels, documentaries, paintings, etc.) and re-tell those very tales instead. It’s an interesting artistic approach and one that’s cleverly captured in the cover artwork. We grabbed some time with vocalist Rich Weinberger to unravel the album’s conceptual artwork.

Commenting on We Are Alive Beyond Repair’s concept, Weinberger previously noted: “We wanted this album to be as ugly and as horribly truthful as possible. It has this very human but flawed connotation to it. It’s very pessimistic. I was reading a lot of Sylvia Plath at the time we were writing this record and I just like that the fabric of our existence is very meek and it’s dull and, no matter what, nothing will ever get better. That was the angle I wanted to explore with this record. It’s the idea of being just being completely unfulfilled, that no matter how much time we put into this band it’ll never be self-fulfilling.”

Your new album cover is crazy-cool. Tell us about the artist and how you found him/her?
Rich Weinberger: Thank you! The front album cover was lent to us by a wonderful artist out of Berlin named Evelyn Bencicova. She’s a very talented photographer / visual director. The photograph is part of a larger series called “Asymptote”. When I came across it, I knew right away it was our album cover, way before we had even finished writing the album. I reached out to her with demos of the record a couple years ago and said “Hey, I really think these songs sound like your photograph”. She was gracious enough to be on board.

Cover artwork for We Are Alive Beyond Repair, released June 1st via Equal Vision Records. 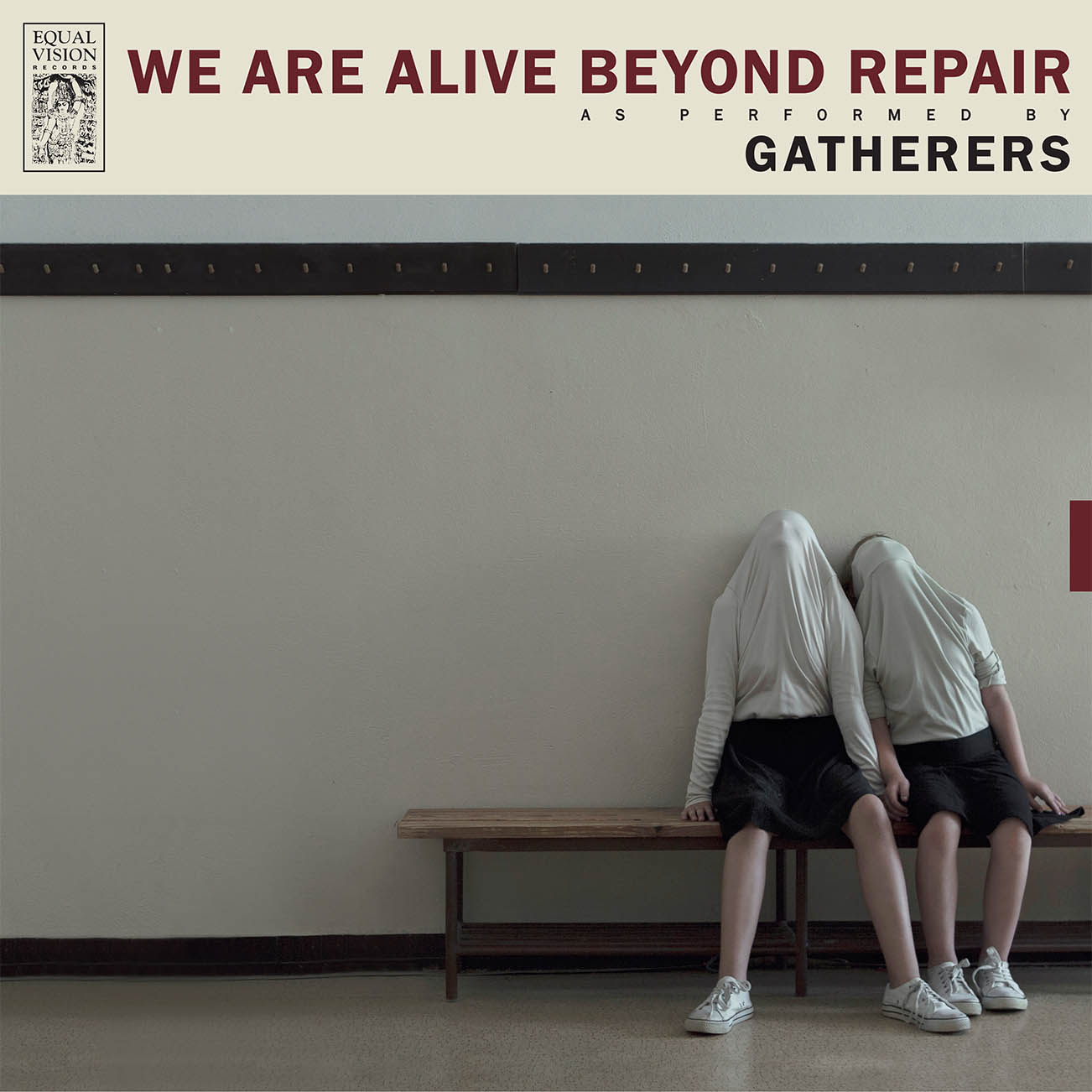 Have you ever purchased an album solely because of its album artwork? If yes, did the music live up to the artwork?
Weinberger: These days I have to be pickier with my vinyl purchases, since I’m running out of room, haha. But I definitely, at the very least, find myself checking out albums (sometimes right then and there in the store) if I find myself intrigued by the artwork. The METZ self-titled album is a record I recall falling absolutely in love with and had it not been for the art direction, I probably would have not discovered their music until much later!

With the increasing popularity of digital music, most fans view artwork as just pixels on a screen. Why did you feel the artwork was important?
Weinberger: I think artwork and the overall presentation of an album is as equally important as the record itself. There’s a reciprocity between artwork and the music. One represents the other and vice versa. I think artwork is more important now than ever considering how overwhelming our access to music has become. When we land on our album artwork, we are very much intent on that artwork existing in the same universe as the album it represents.

Have any favourite music-related visual artists?
Weinberger: My biggest inspiration in terms of artwork, design and typography is hands down Matt Maust from the band Cold War Kids. He’s an insane visual genius. We almost worked with him on WAABR. He was very cool to chat with but it ended up not being within our budget. Maybe on the next album, we’ll see, haha.

Do you prefer having the most creative control when you get a project, or do you prefer when the band gives you a lot of input?
Weinberger: We all individually take on and champion different roles in the band. Mine has always leaned more towards our visual direction from artwork to music videos. With this album, I got to direct and co-direct both of our videos and curate the artwork for the record. I think, at this stage, my bandmates have always respected and trusted my input as much as I respect theirs. I would never want us to pursue any ideas without everyone’s blessing.

How do you think the album art will affect the listener’s perception of your album?
Weinberger: It depends on the listener. Sometimes you might take a minute to dig into all the details of the artwork before listening to the album, in which case you are sort of prefacing your listening experience with how the artwork might emotionally resonate with you. On the contrary, you might dive right into the album and reflect on the artwork after you’ve developed a relationship with the music. There’s no right or wrong way to go about it. We’re happy if anyone takes the time to take in everything we’re giving them.

Do you have a favorite album cover of all time?
Weinberger: I have way too many to boil it down to just one. Here are a few that I will constantly nerd out over: Los Campesinos! – Sick Scenes. Interpol – Our Love To Admire & Marauder, which isn’t even out yet but kudos to whoever designed the cover. Radiohead – Hail To The Thief. Yeah Yeah Yeahs – It’s Blitz. 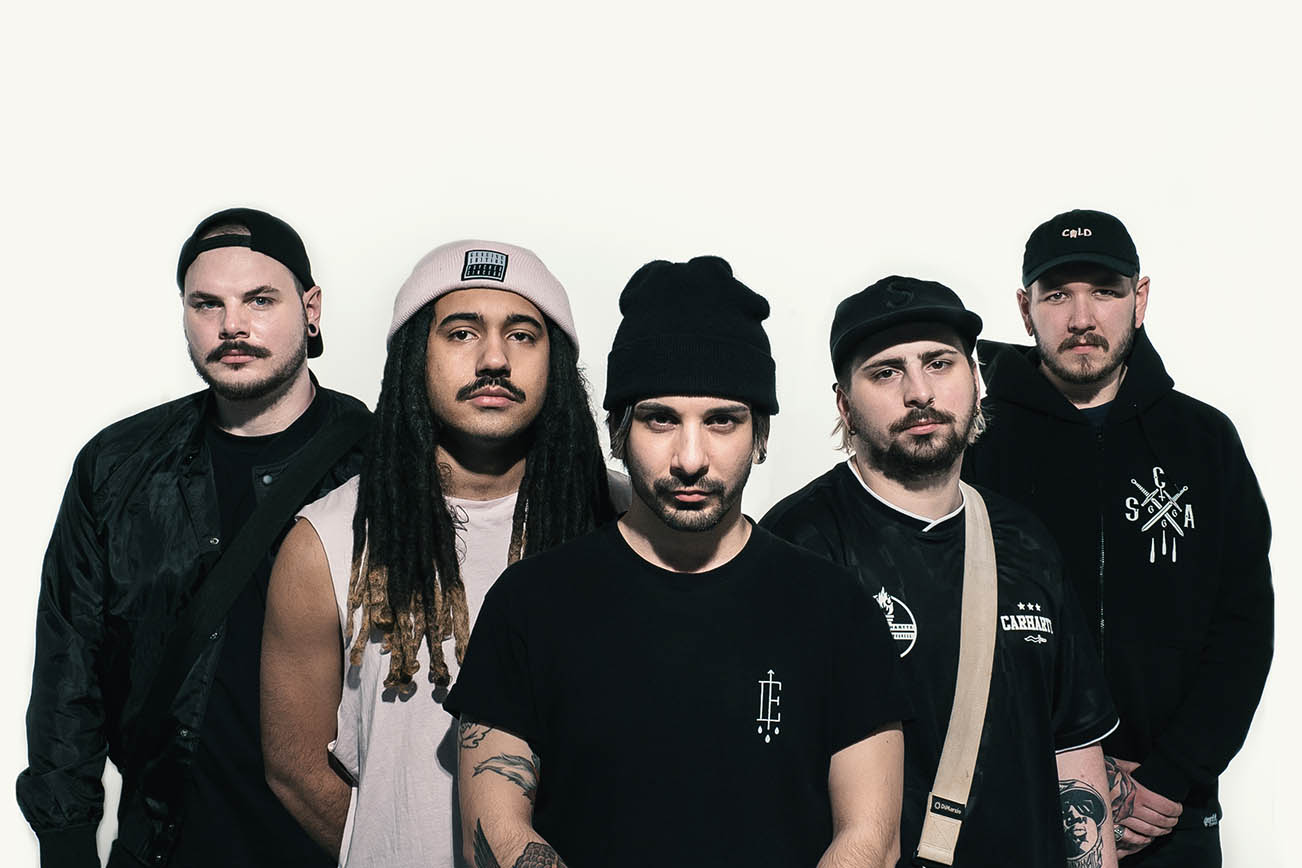