Denver, Colorado-based duo In The Whale are all set to release their new EP DOPAMINE on August 3rd! The heavy rockers’ new album was recorded at the Foo Fighter’s Studio 606 and is being teased with the lead single, “Highways”. The band — consisting of Nate Valdez and Eric Riley — have steadily built a solid following thanks in large to their frequent, and energetic, live performances. So much so, that they’ve played the likes of Riot Fest, Lollapalooza, Austin City Limits, Afro Punk, and Warped Tour, among others.

Currently on a headlining tour across the US, which kicked off on July 3rd and runs through to mid-September, we caught up with the group to not only debut the video for the soon-to-be-hit new single “Highways”, but also get some insight into how and why the lyric video came to be. Be sure to discover the band (or look for tour dates) at www.inthewhalesucks.com.

Commenting on the new album’s recording process and then some, Nate Valdez noted: “We wanted to capture a raw and natural feeling for our newest EP, so we decided to record the songs live in the studio to two inch tape. Keeping with that theme, the lyric video for “Highways,” was filmed in real time with an old Kodak Carousel slide projector, and each side is focused on the fly.” 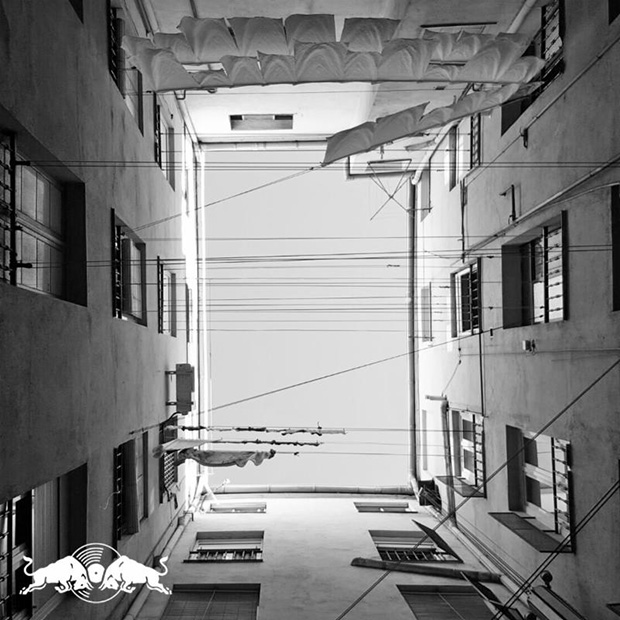 You guys are a duo. Does this make it easier or more difficult to agree on and execute creative visions?
Eric Riley: It makes it difficult. Because there are only two of us, we don’t have a third party to break the stale mate. This Is a large reason why we like to work with producers. While we may have an idea of what we want to do creatively, the producer is able to help us make decisions that we could not do internally.

“Highways” was recorded at the Foo Fighter’s Studio 606 live to two-inch tape. How did the studio’s ambiance impact the song?
Riley: The studio was a great live space. The ceilings were extremely tall giving the vibe a large feel. Recording to 2” tape was both difficult and rewarding. First, it made the sonic quality amazing. Second, it forced us to perform the songs well. We couldn’t stop in the middle of a take to go back and fix it. We had to perform the songs as perfect as possible. Overall, it was a great experience and gave the songs a cool vibe.

Got a hankering for more? Stream the band’s Quicksand EP which dropped on July 9th, 2016.

What made you choose to film the “Highways” lyric video in real time with an old Kodak Carousel slide projector?
Riley: The idea came from working with analog technology. We wanted to capture visually the same raw feeling that was captured sonically at Studio 606. We like to push ourselves to be creative and to not be complacent with a standard lyric video. The old Kodak projector gave us a new way to create something unique.

Where’d ya acquire the Kodak Carousel projector and will you use it again?
Riley: Nate bought the projector from a guy on Craigslist, who had recently cleaned out his closet. We have a few ideas that we are working on to put the projector to use.

Each of the video’s slides were focused on the fly. Who did the focusing and how did you decide what focus level you wanted?
Riley: Nate filmed and focused the slides. The focus quality was greatly influenced by how fast lyrically the song was going. He could only focus the slide as long as the words were being said. This made a few of the slides not quite in focus. We liked how it looked and felt that it captured the raw feeling we wanted. 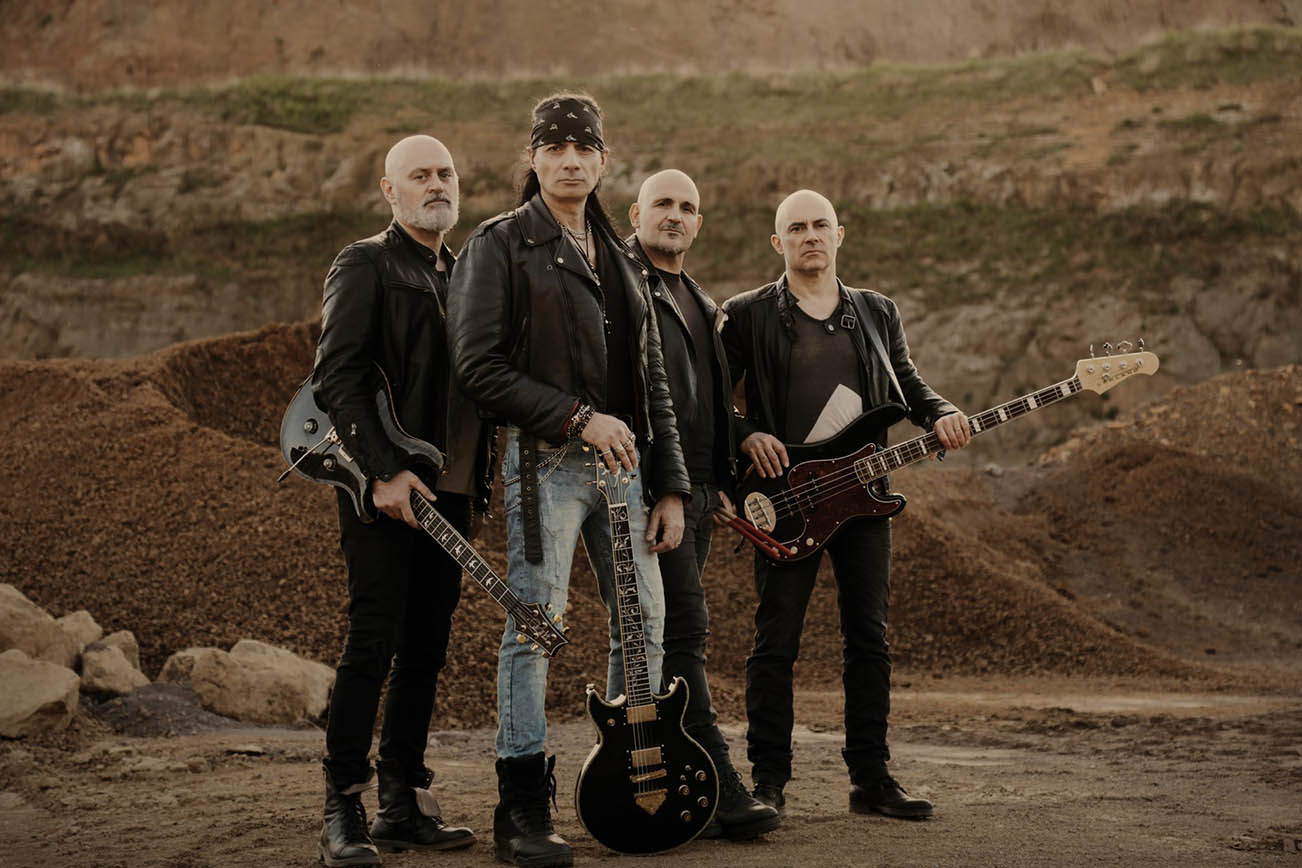 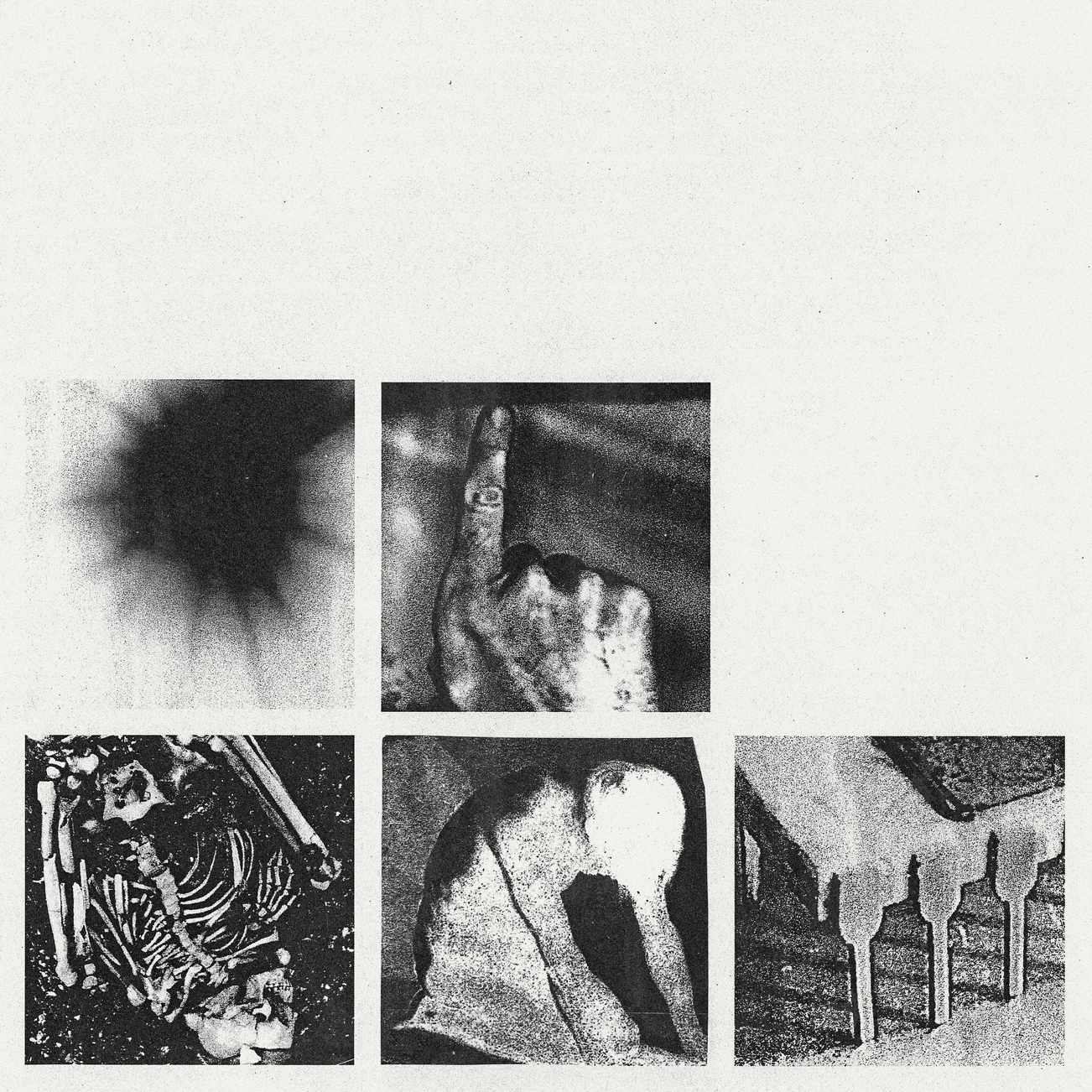