Caverns of Pine is a musical project dedicated to sharing the stories of those who have suffered sexual violence and trauma. It seeks to express the differing perspectives of pain and healing experienced by survivors of sexual violence, and ultimately communicate through music how these brave individuals are finding new ways to survive. Brad Perry, the musician behind Caverns of Pine, had lots to say about the project and what he hopes for it to achieve. All profits of Cavern of Pine’s EP Dissociate (released March 9, 2018) will be donated directly to FORCE, a non-profit that aims to support sexual trauma survivors and disrupt rape culture.

What motivated you to start this project?
Brad Perry: I’ve had the idea for this project rattling around in my head for at least a decade. Watching people I love deal with the trauma of sexual violence had a profound impact on me at a young and critical point in my life. When my Mom started dealing with the horror of her own abuse, I was twelve years old, and it was as if I was shaken out of a slumber. It made me stop and reassess almost every part of my sheltered middle-class existence, and it definitely made me challenge some of the more toxic pressures of masculinity that were starting to be felt at that time.

It also made me find outlets for the confusion and sadness and rage I felt over the fact that someone could choose to violate another person so completely – could choose to cause them so much pain. That’s how I found punk and metal. Listening to it and playing it was cathartic. It could even be comforting when not much else was. So Caverns Of Pine is really just an extension of that, but with the benefit of having some years of perspective.

Why do you think it’s important to share the stories of sexual assault survivors, particularly through music?
Perry: I worked full time in the rape victim advocacy field for over a decade and I’ve been side-by-side with far too many loved ones and friends on their healing journeys. So, I just felt compelled to depict some of the themes that seemed to emerge – to tell some stories that hopefully increase understanding and empathy for people who don’t really have any experience with this issue, and to hopefully make survivors who hear it feel less alone. Music as the vehicle for these stories – versus a book or a film or whatever – is simply what comes most naturally to me. I’ve played in bands non-stop for almost 30 years.

Also, this subject is something a lot of folks still don’t really want to contemplate. I love to see what’s happened with #MeToo, but even folks who are now accepting that sexual violence is far more prevalent than they’d previously thought aren’t necessarily able to relate to the human experience of surviving sexual violence. But if I can present stories to that effect packaged within some interesting songs, then maybe it’s a way in for some of them.

Dissociate was released on March 9, 2018, via Self Aware Records. 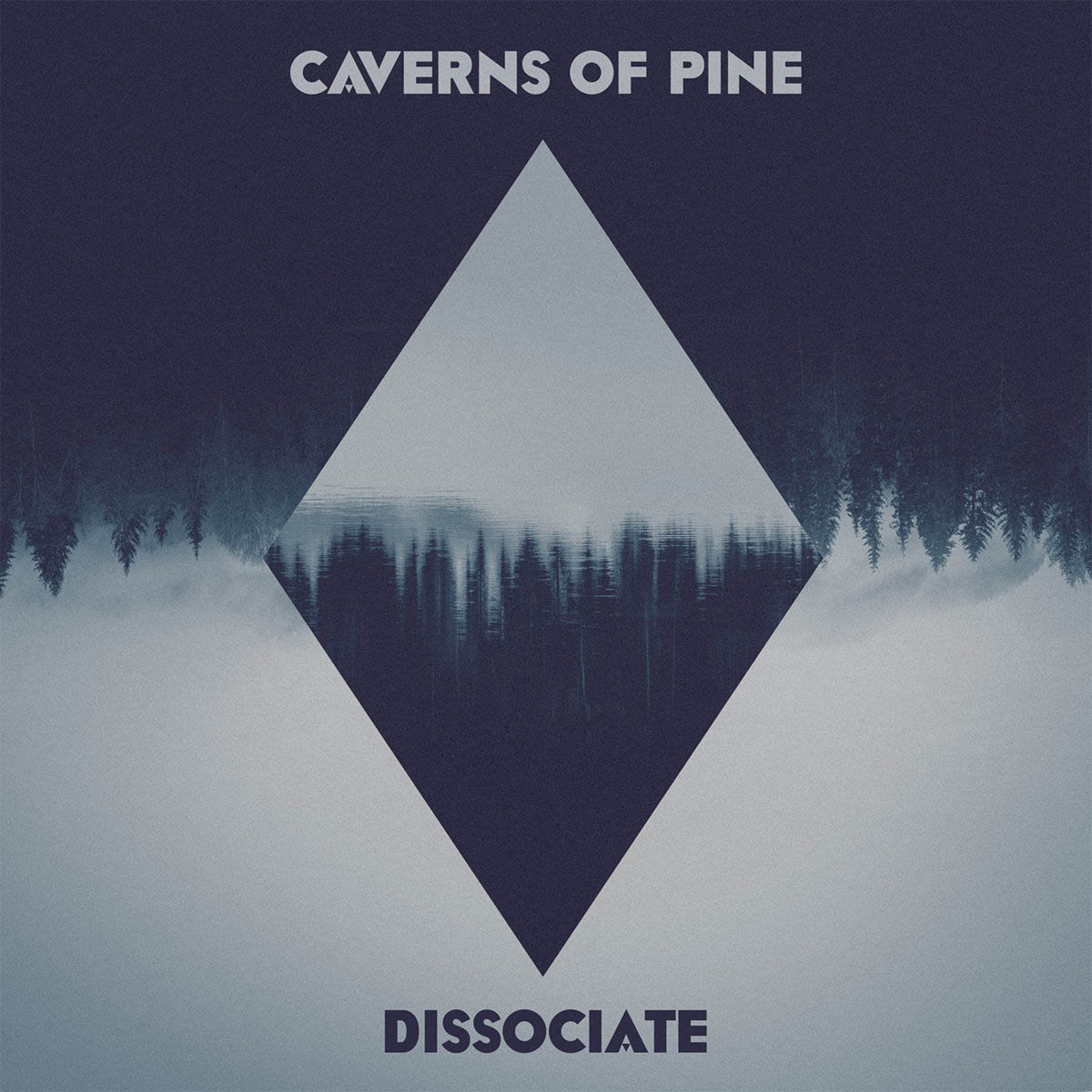 Is there significance in these stories being shared by a male voice?
Perry: I don’t think there *should* be, but I hear from people of all genders that it matters to them that I – a straight cis-gendered male – am the person behind this project. I guess a lot of people who fit that description have historically not put themselves “out there” in directly confronting the damage that sexual violence can do. I think a lot of boys are raised to think this is just a “girl’s problem” – if they’re raised to even think about sexual violence at all. I mean we still see schools teaching “what girls can do to keep themselves from being a victim” rather than “what boys / all of us can do to make sure we’re not behaving coercively or hurtfully.” It’s all completely reactive, and boys are often let off the hook of having to ponder it at all.

So, I hope that the fact a person like me is behind this will get people to pay attention who might not do so otherwise, simply because of that “man-bites-dog” part of it. Also, although I have never been directly assaulted, I have a number of male-identifying people in my life who have. A few of the songs are clearly informed by boys’ experiences of healing and coping, so I hope that folks who have experienced that feel like their voices are represented well.

What are you ultimately hoping to achieve with this project?
Perry: My life has been shaped by watching people suffer and heal from sexual violence, and I thought I might be able to offer up a piece of art that could help other people dealing with similar pain feel less alone. That feeling of isolation is such a heavy shroud, and breaking through it is critical to healing for most folks. That goes for survivors as well as loved ones or close friends who want to help.

From a musical perspective I wanted it to evoke the range of emotions and mental states that usually go with that. Fear. Resignation. Courage. Sadness. Rage. Determination. Shame. Defiance. Hope. And more. Musically, I also didn’t want it to be easily classifiable. It’s heavy, but not really aggressive in most places. It’s dark but not without moments of illumination. It’s mournful because it feels like the world just puts this horrible trauma on us, but I never wanted it to feel “goth” or whatever. Basically, I wanted to create a collection of loud music (which is what I know how to do) that matched the many perspectives and experiences I am trying to convey in the lyrics.

Kicking off with the track “All Instinct”, check out the full album here.

Can you walk us through the process of compiling these varying accounts of sexual trauma and healing and turning them into the tracks on this EP?
Perry: I didn’t compile them in any kind of systematic way. The lyrics were written over the course of many years. Something would make me think about someone close to me who had experienced this kind of trauma, and I’d sit and zone out and think about it. I’d ponder on how it was similar or dissimilar what to other people I knew experienced. I started looking for patterns. And then I kind of almost created “characters” or different points of view.

A man who was abused as a boy and is trying to come to grips with how the abuse has impacted his sense of masculinity and sexuality. A woman who has finally worked up the courage to renounce the religion that helped normalize and enable the violence she experienced. A significant other who feels powerless to help their partner who is a survivor, and who wants to address the perpetrator directly but can’t. Some of the songs focus mostly one one of these points of view, while others alternate points of view.

Where did the name Disassociate come from, and what influenced the decision to choose this as the name of Caverns of Pine’s EP?
Perry: Dissociation is a fairly common way that people experiencing trauma mentally detach to survive. It operates in situations where you’re being faced with an extreme about of stress and you feel powerless to do anything about it – like experience of sexual abuse or rape. So your mind kind of tricks itself into a dissociative state. This might be the, “It felt like I was watching my self while floating from above” kind of thing, or “I just kind of went to another place mentally,” or something else entirely.

It’s a phenomenon I’ve seen up close in its most extreme forms many times when my Mom was first coming to terms with what had happened to her as a kid. I watched her literally pass out and even shift into other “dissociative identities” as part of her healing process. It’s a fascinating and necessary defence mechanism, and it’s something that can be really scary. For the album title, it just made sense both because of the way the songs drift between different perspectives and the way I kind of almost hypnotized myself to write the lyrics without too much of a logical “this is what happened” filter. Instead the lyrics are more like different impressions from different experiences – they’re intentionally detached stories to make up an overall theme, rather than a linear narrative.

Be sure to also check out the photo zine that accompanies Dissociate. 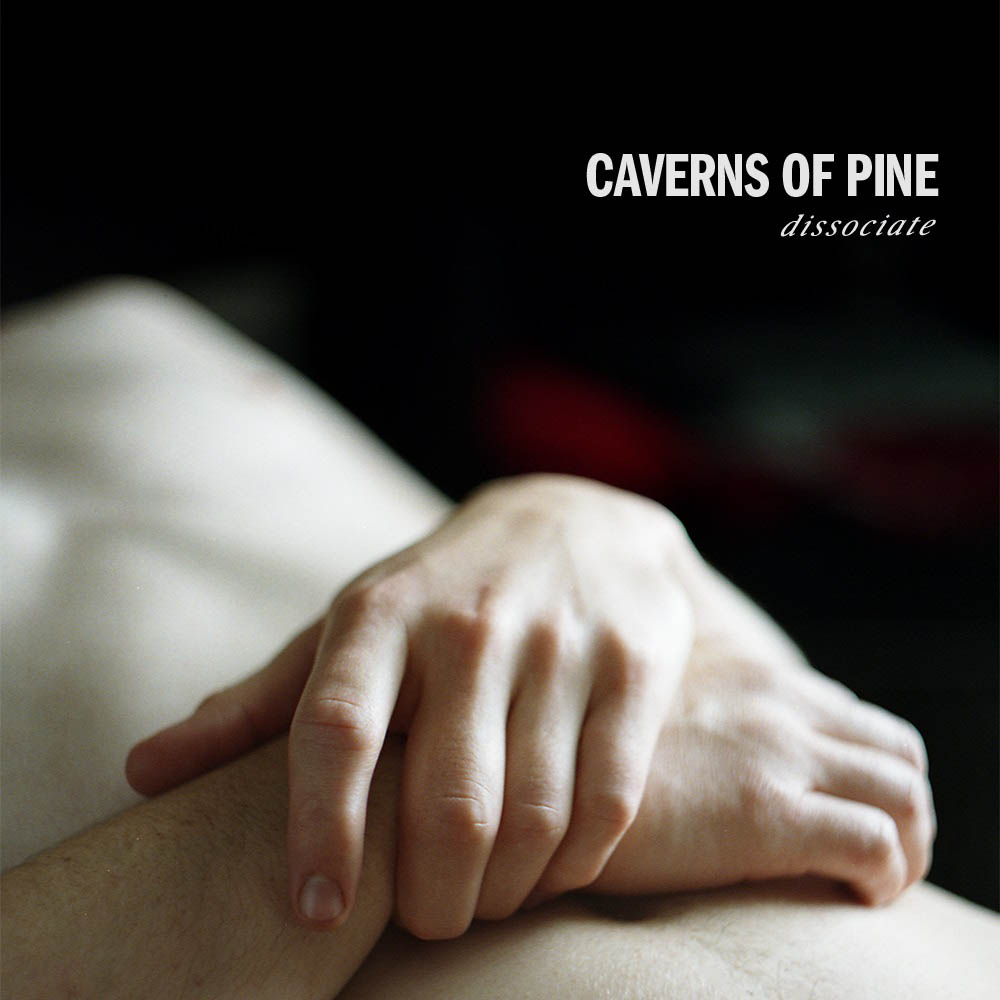 What do you want listeners to know or to be aware of before hitting play on the first track of Dissociate?
Perry:That it’s meant to be contemplative, so I hope the listener is in a headspace and an environment conducive to that.

All of the proceeds from the digital sales of Dissociate will be donated to FORCE. How did you decide on this organization in particular?
Perry: I met Hannah from FORCE years ago through anti-sexual violence work. I decided on them both because they’re also approaching this issue through an artistic lens, and because their vision is incredibly bold. Just check out www.themonumentquilt.org which is one of their main projects. They’ve created a massive public healing space by and for survivors of rape and abuse. Right now it’s taking the form of this quilt. But as I understand it they eventually want to create a national permanent monument for grieving and healing around this issue. Like in Washington, DC! The amount of reckoning we would have to do as a society to make something like that real seems insurmountable until a group like FORCE comes along and just says, “We’re going to do this.” I love that so much. Groups like them push us forward.

What’s next for Caverns of Pine?
Perry: I just want to get the record out to the ears of anyone who might be interested. There’s also a photo zine that goes with Dissociate so people will have something they can hold in their hands and look at while listening. A really talented print artist named Brittany Lynn Justice worked on that with me, and it just came out. (You can get it here. Profits from that also go to FORCE. 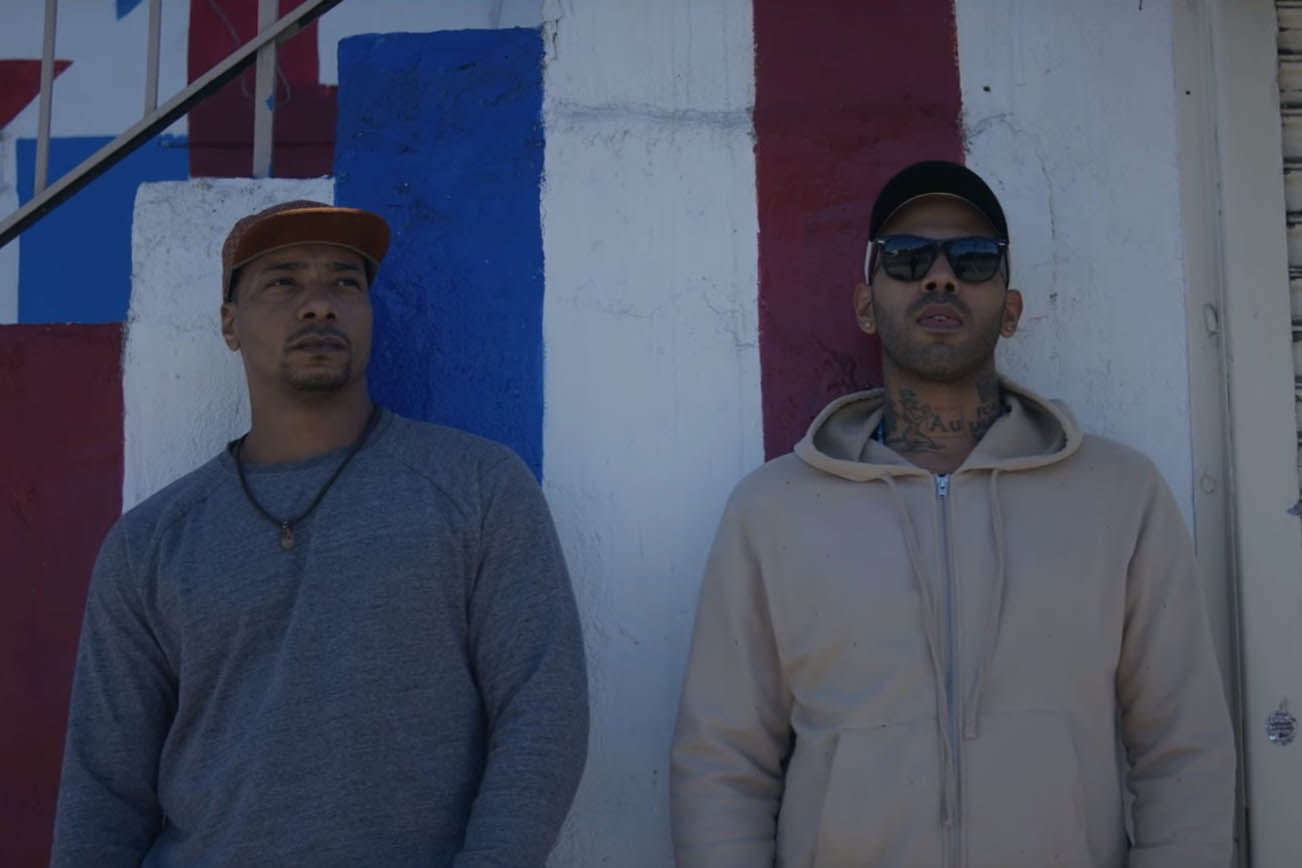 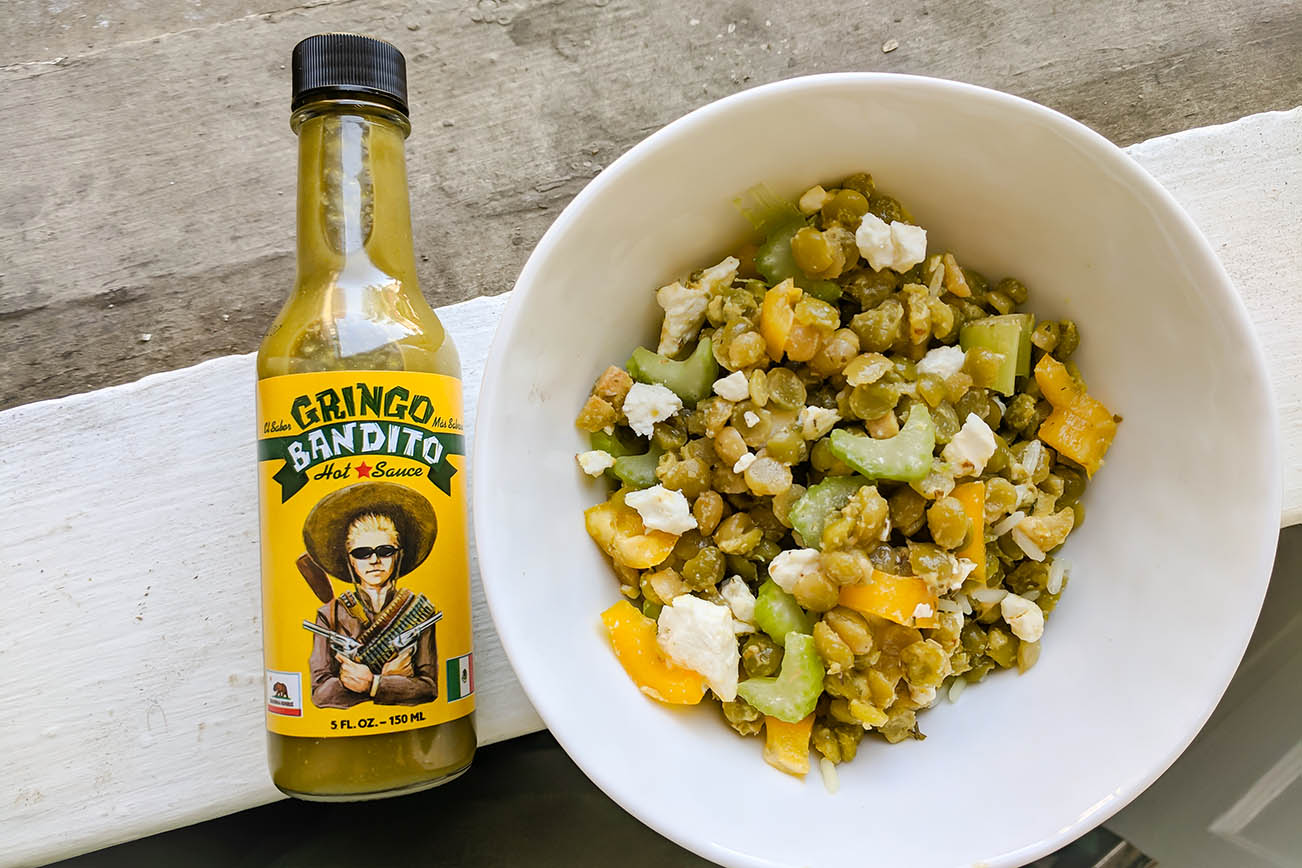