Together, musicians Kait DiBenedetto and Tom Kunzman are 18th & Addison, a punk/rock two-piece from Ocean County, NJ. The pop-punk-leaning duo released a new four-song EP titled Vultures (which you can order via iTunes or the band direct) on June 1st and, as fans of their previous efforts, wanted to chat about the new music. So, naturally, we didn’t do that whatsoever, opting instead for an interview based on messed up stuff. Enjoy!

Any near-death experiences?
Kait DiBenedetto: My friends and I were off-roading and there was this creepy house in the woods near the area of where we would ride and I guess they didn’t like anyone riding in “their” woods. It was rumored to be a house full of KKK members but we didn’t know that so we continued riding and a few minutes into off-roading, a car full of men from the house started chasing us in their car and basically tried to kill us. My friend driving turned down a trail hoping to lose them and it turned out to be a dead end trail so we just shut off the Jeep lights, hid in the dark and hoped for the best. They slowly drove past us and after a while we booked it out of the woods and didn’t go back hahaha.

Tom Kunzman: I’ve had a few but the one that comes to mind first is from 2012. I was on tour and we were driving this really shitty van that we rented through these insane mountains in Kentucky. The fog was intense. 3% visibility. Raining, windy, we had a trailer. It was a nightmare. At this point, we had three tires blow out on us so we were anticipating the fourth to go. Brakes were grinding, I was driving and I couldn’t see. It was scary as hell. We made it to the end of the mountains, pulled over to sleep and the brake line finally broke and we rolled into a parking spot where we spent the night until the sun came up and we could go get it fixed. We were extremely lucky it didn’t happen 10 minutes before then.

If you could choose, how would you die?
Kait: I wish I was cool enough to say something insane and memorable, but I’d honestly just want to die in my sleep. I don’t want to feel anything.

Tom: I’d wanna die in a freak gasoline fight accident like the dudes in Zoolander. And I wanna look as cool as they did too. Then have a statue of myself outside a school for kids who can’t read good.

Check out the band’s video for the song “Time Bomb” here.

Has a fan ever really pissed you off? What happened?
Tom: Not necessarily a fan. Our actual fan base is extremely respectful and so supportive. But it really irritates me when our band has something really cool happen in which we really work hard for, and I get a text or message on Instagram asking me to hook their band up with a similar opportunity. Not that I wouldn’t help another working band, I do that a lot actually, but it’s just rude things like that that really get under my skin. It doesn’t happen all the time though. Yet.

Kait: Exactly what Tom said. I’ve also had people I either don’t speak to or barely even know message me asking to get them into big shows friends of mine are having, as in shows OUR band isn’t even playing. I just laugh and tell them no. It’s rude not to mention extremely annoying when you feel like people are taking advantage of you.

What’s one of the most fucked up things that’s happened to you as a musician?
Kait: Nothing fucked up has really happened to me to be honest. It wasn’t fucked up but I thought it was pretty funny when I was working with my old record label in a different project and they knew everything they were offering me was bullshit so to lighten to blow they tried to bribe me with front row Britney Spears tickets and a limo after the meeting. I laughed in their face and said no thanks. They could have done wayyyy better than Britney.

Tom: Nothing fucked up has happened to me, but I could name a few people. But I won’t.

If someone stole all your band’s gear, then you caught the dickwad and no one would ever know what happened next, what would you do to him?
Kait: I’d let Tom take care of it, wait for his call to hide the body and then call it a day. Hahahaha.

Tom: I’m well prepared at all times. I hope whoever reading this pictures that in a Ron Swanson voice.

The Vultures EP came out on June 1st, yo! 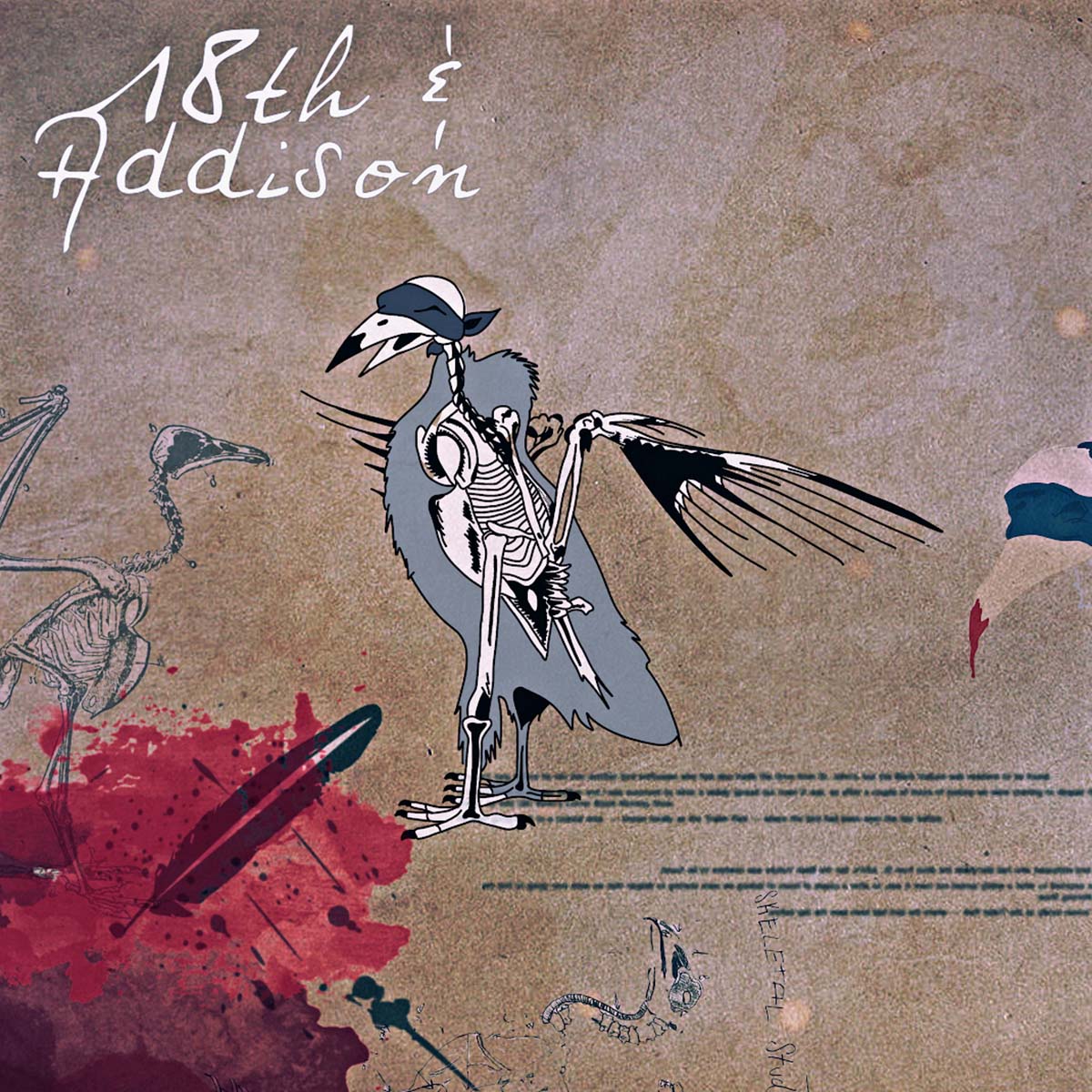 What scares the absolute shit out of you?
Kait: Clowns, and literally any and all insects.

Tom: I’m pretty scared of the idea of alternate universes but only because I’m scared that there’s another me somewhere doing way cooler shit. But then again, I’m in my favorite band with my fiancé and we write for other artists and we’re even starting to dabble in film, so that’s pretty much the coolest thing ever, to me.

Your instrument/gear (drums, guitar, etc.) has a catastrophic failure on-stage and you have no back-up, what do you do?
Kait: Steal Toms! Hahaha.

Tom: She’s done that before. And I’d probably do the same. I had an amp die on me mid-set once and I just dropped the guitar and went lead singer/frontman guy for the rest of the set. It was actually a blast. Make the best of it at all times!

Name some of your biggest pet peeves. You know… that ones that make you want to wreck shit!
Kait: Hearing someone chew with their mouth open and people that don’t pay attention to their screaming children out in public.

Tom: We’ll need another interview for this one.

If there were zero repercussions to you, what one thing would you do that’s illegal or morally wrong?
Kait: I’d rob a bank for sure.

Tom: I’d help with the bank.

With this video the group may or may not be “Moving Mountains”.

Name someone you’d like to punch in his or her stupid face, and why.
Kait: Christina Aguilera. I’ve never liked her, and I’ve heard from multiple people who have worked with her and met her that she’s not a nice person. I can totally see that.

Tom: Might need another interview for this one too.

You kick everyone out of the band because you can replace them with any musician you want. Dead or alive, who do you recruit?
Kait: If I had to replace members of our band I’d literally just replace them with Green Day.

Tom: Right now, we have such a solid band on the upcoming Vultures release shows that I can’t even picture a better line up of people and musicians right now. Our bassist situation is always sorta up in the air though, so I’d fill that spot with Hunter Burgan of AFI or Dan Andriano of Alkaline Trio.

How often have you/do you pirate music? What about Movies and TV shows?
Kait: I used to when I was like 12 and my parents wouldn’t buy me the records I wanted, but I haven’t done that in forever.

Tom: I never pirate either of those. I did when I was little and Napster first happened and I was able to secretly download a million live Blink-182 songs since I wasn’t allowed to go see them live yet. 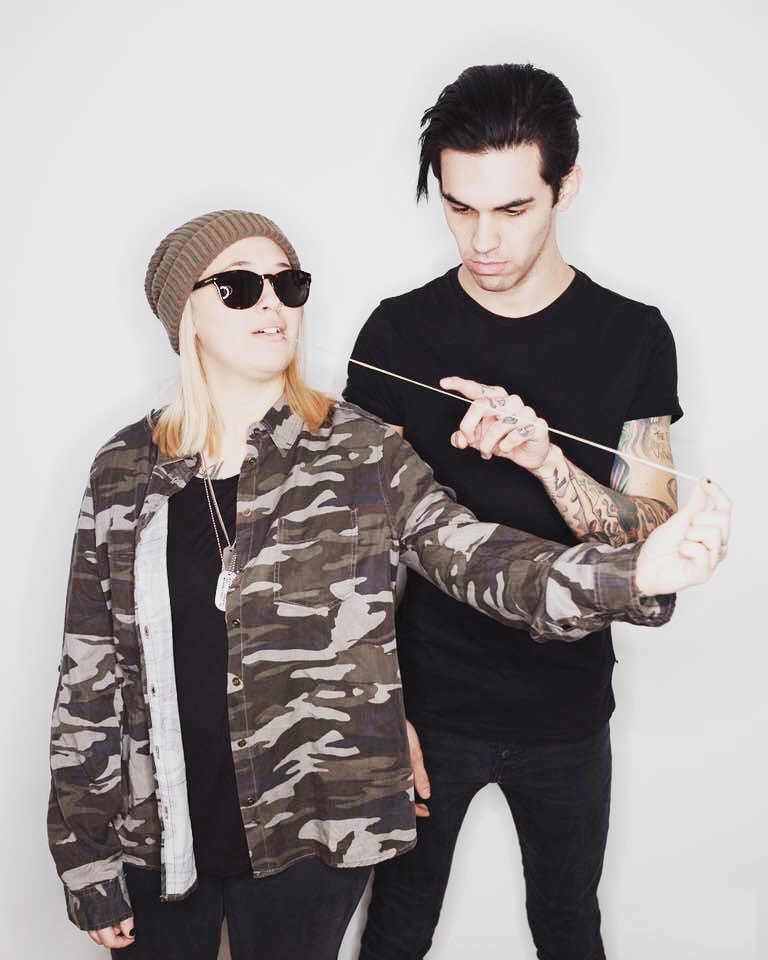 What is your stance on the legalization of marijuana?
Kait: I think it should be legal. There are millions of people who struggle with mental illnesses like anxiety and depression on a daily basis, myself included, not to mention anyone experiencing seizures or other debilitating disorders/illnesses that can really benefit from it.

Tom: I think it should be legal as well. I’d rather that be someone’s vice or cure instead of the awful medications prescribed by doctors that are actually habit forming and often kill so many people in this country.

Tell us about the worst lie you ever told someone.
Kait: Probably that I enjoyed food someone made when I didn’t. That’s probably not the worst, but it’s sort of a big deal when food sucks and you have to pretend to like it.

Tom: I’m so bad at lying. I just don’t say anything. I probably told someone they had a cute baby when I really think most babies just look like potatoes.

Who is the biggest asshole you ever met and why?
Kait: Justin Bieber. I played a show with him years ago for some event and he gave me such an attitude backstage for not wanting to drink the fancy expensive water they had there for us. Maybe he’s cooler now, but when he was 14 he was a little shit.

Tom: Almost everyone in my last band. Haha! Some of the best memories, but some of the worst people I ever encountered. 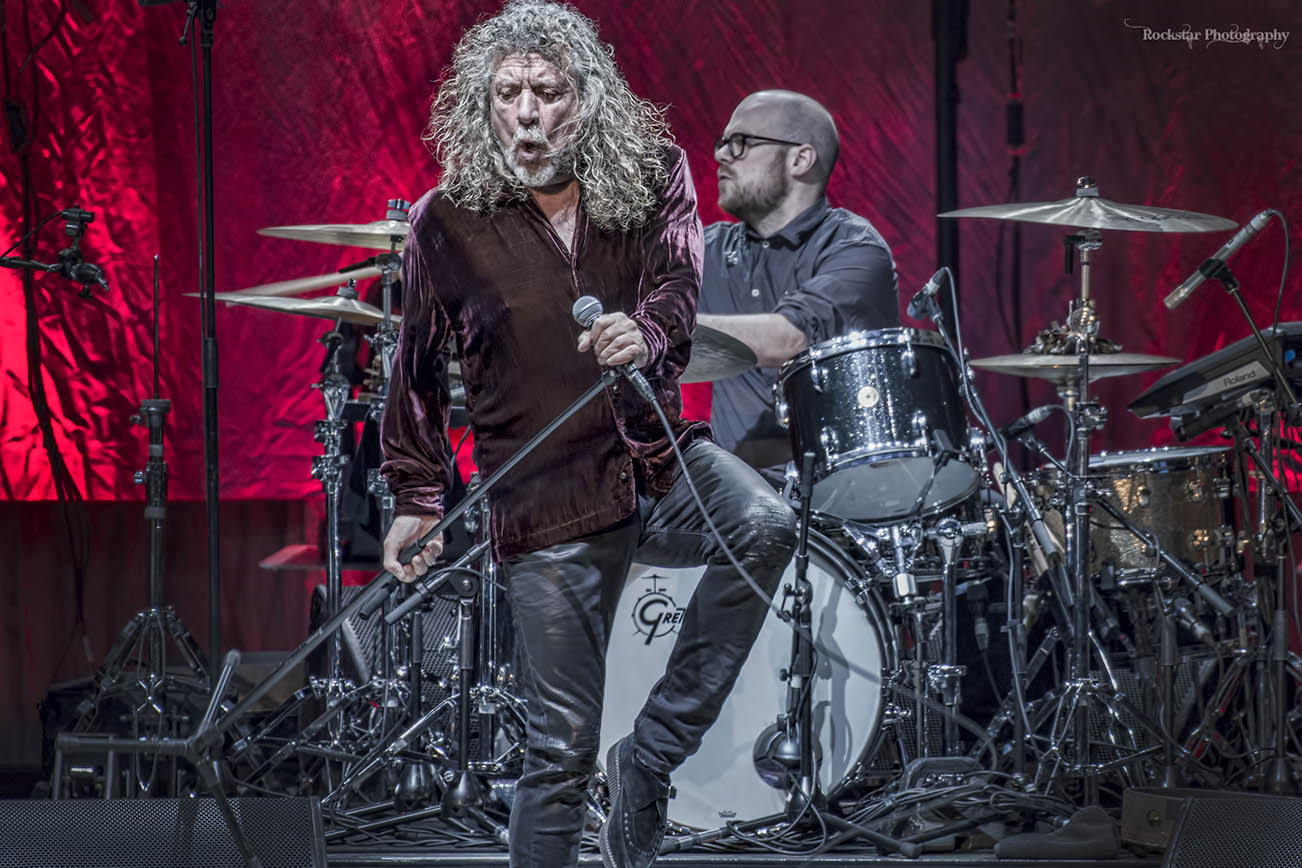 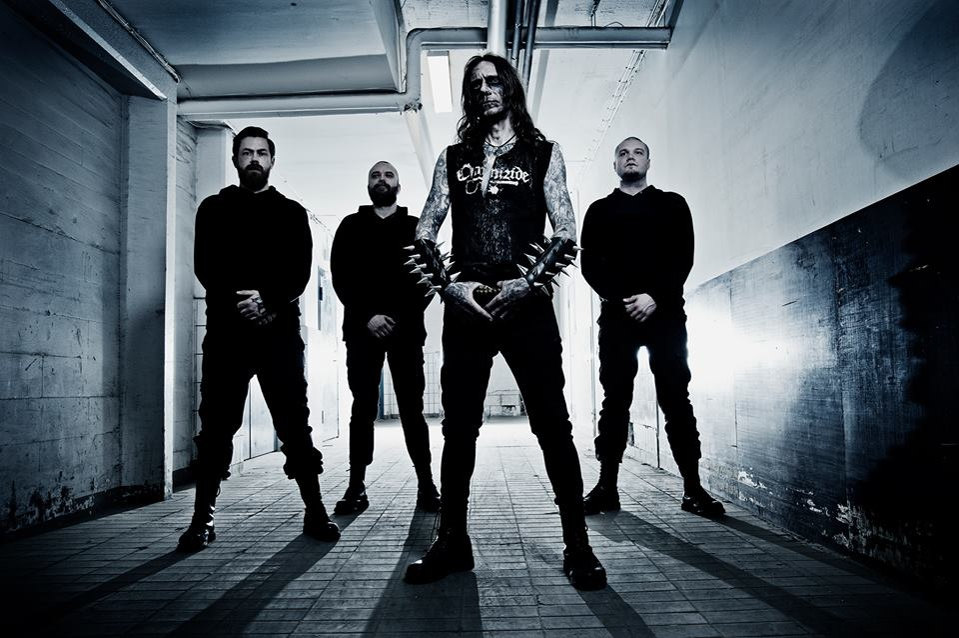