In the lush green mountains and historical cities of Italy, extraterrestrials have crash-landed. Whilst jet-setting across the galaxy, these aliens found themselves in trouble and had to make a desperate landing attempt in Rome. Until they can get their ship up and running, the ETs have turned to the outlet of rock n’ roll to pass the time. May we introduce to you, the lethally lovely Sick N’ Beautiful.

On the back of their new album Element of Sex, due out on May 18th, these curious creatures are coming to unleash their sexy take on rock upon mere mortal humans in the British Isles. With the “We C*m in Peace Tour” commencing on May 22nd at The Castle & Falcon in Birmingham, the aliens embark on a twelve-date headliner meandering all over the UK – from Glasgow to Bristol, all the way to their final gig on June 3rd at London’s Camden Assembly. Recently, we survived an encounter with drummer Evey who gave us the low-down on the pending extraterrestrial invasion.

So, Evey, what can you tell us about your origins and what you think about our planet whilst you’re stranded here? In Rome of all places!
Evey: The universe is a big weird place! But when it comes to weirdness, your planet takes the cake! But your females are wonderful, food is awesome, and you know how to make some pretty wicked music!

When you came to Earth and settled in Rome, what possessed each of you to take up the instruments that you chose?
Evey: Well… it was more “crash-landing” than “settling down”. As soon as we realized how dire and desperate the situation was, and that we were not going anywhere anytime soon, we just picked up the first things we found around the ship that weren’t bashed to bits. There was no method to that madness…

Watch Sick N’ Beautiful’s “Megalomaniacal” video because we say so!

Are there any of Earth’s musicians that are an influence to the members of Sick N’ Beautiful, or do you strive to make everything as unique as possible?
Evey: Our influences are so many and varied – and the result can only be very unique… KISS, Alice Cooper, Rob Zombie, Katy Perry, Lady Gaga, Nine Inch Nails, Def Leppard, Kate Bush, The B-52s… And then all sorts of sci-fi, horror, grindhouse movies…

You have a new album coming out – Element of Sex. What can you tell us about it? Did you all have a lot of fun creating it?
Evey: Well, it was both fun and exhausting. We had deadlines from distributors and from the booking agents. Deadlines that had to be pushed back several times, because we are perfectionists and we wouldn’t settle for anything that we consider less than our SNB best – and we like to do everything ourselves. Recording, production, mixing – and don’t get me started on the videos! We are such control freaks! I’ll admit, it’s not easy to work in SNB, and with SNB…

Your video clips are incredibly unique, where do you get the inspiration from to create them? Or is it part of one of your many talents gifted to you by Acheron?
Evey: Actually, that is mostly our singer Herma’s doing – and she’s a hybrid who’s never been to Acheron – as you might know! She’s very skilled and inventive – and what we lack in budget, we make it up in creativity! 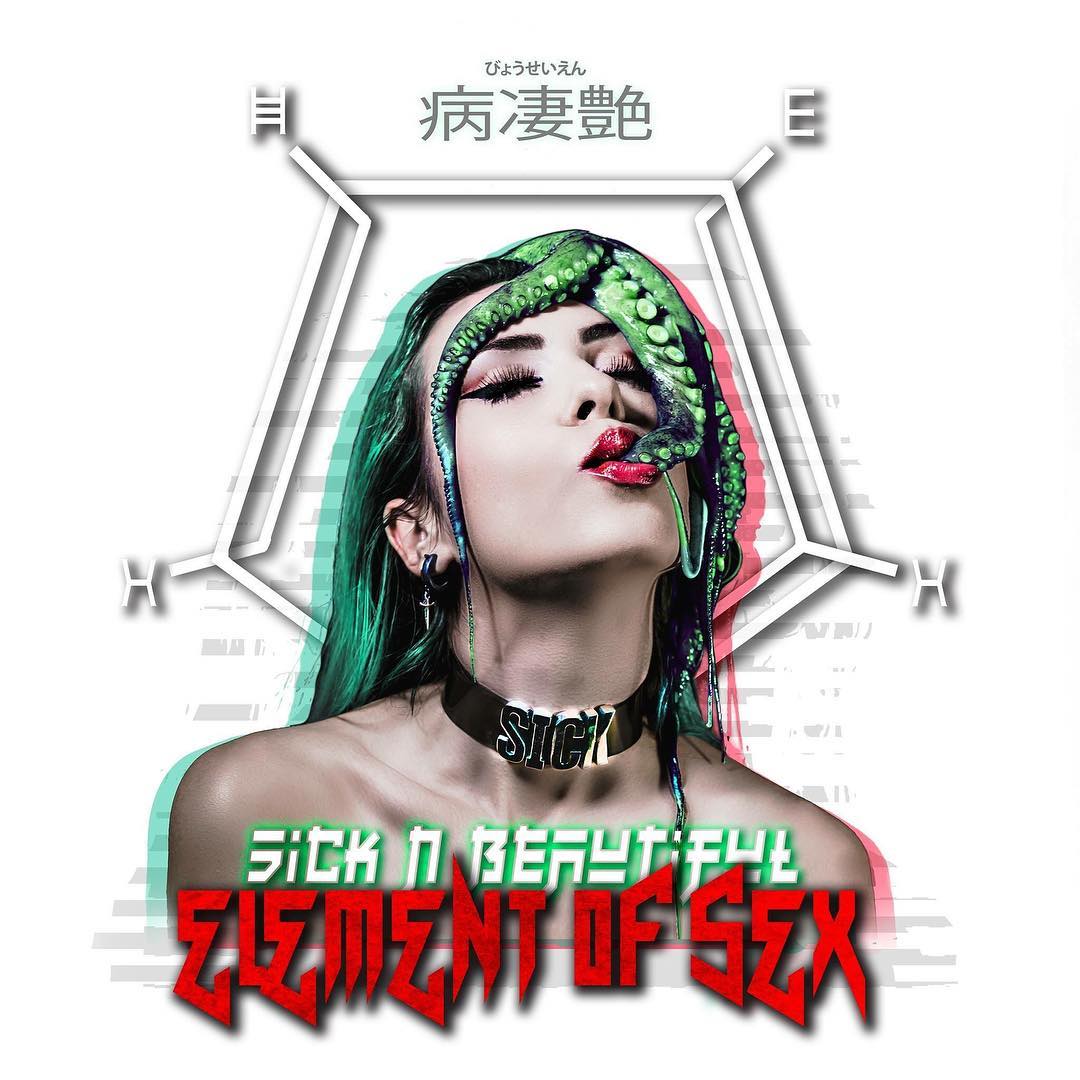 I take the videos as a hint of what Sick N’ Beautiful’s live shows can be like, and what you have to offer. Is that the effect you aim to achieve when you create them?
Evey: Yes and no. We tend to come up with grandiose ideas that often are still way beyond our budget, and the constraints of real-world-logistics and transportation. We have a little more freedom on the videos to create whole different worlds. On stage, yes we have props: but it all comes down to the attitude and energy we put out, and of course to the music, to take the audience back to those worlds in the videos…

I understand the new album was very generously crowdfunded by some of your 12,000 fans on Facebook, what sort of rewards did you have for them in return?
Evey: We have the best fans in the galaxy! This was the best occasion to give back in our own unique extraterrestrial style! Besides T-shirts and advance copies of the album, pledgers received props from the ship and our shows, pieces of our costumes, objects from our videos, custom cover songs, and they also got to participate to a “pledgers only” party in our very ship!

Wow! They are some super-lucky fans! The tour will be considered a very generous gift from yourselves, and it will all go towards funding the repair of your spaceship for your journey home again. Are you looking forward to coming to the UK and seeing what we have to offer you?
Evey: Let me tell you, it’s quite the honour for us to come and play in the land that was the birthplace of some of the greatest rock bands in the known universe. The music we play has deep roots that go back to the UK – so in a way, we feel it will be like coming home!

And you’re surely welcome here anytime! Your shows are rumoured to be unique and great fun to watch. What will you have for the UK fans on this upcoming tour? Or is it still a secret?
Evey: Mum’s the word… 😉

Even if somehow this video makes you “Sick To The Bone”, it’ll be worth it.

Hint taken! What impression do Sick N’ Beautiful like to leave the audience with after they have watched one of your shows?
Evey: We want the fans to realize that we are a very approachable kind of alien! We urge all fans to come and party with us. Talk to us, let us know what you think, what you like, what you don’t… We feel we have a two-way relationship with our fans, and ultimately, we want to make sure that they become a part of the show as much as we do.

Is there anything you would like to add for anyone thinking about coming to own of your shows whilst you are here in the UK?
Evey: Don’t be shy! Get under the stage, party with us and come meet us after the show – and take a picture with us to show all your friends that ALIENS DO EXIST!!! 🙂 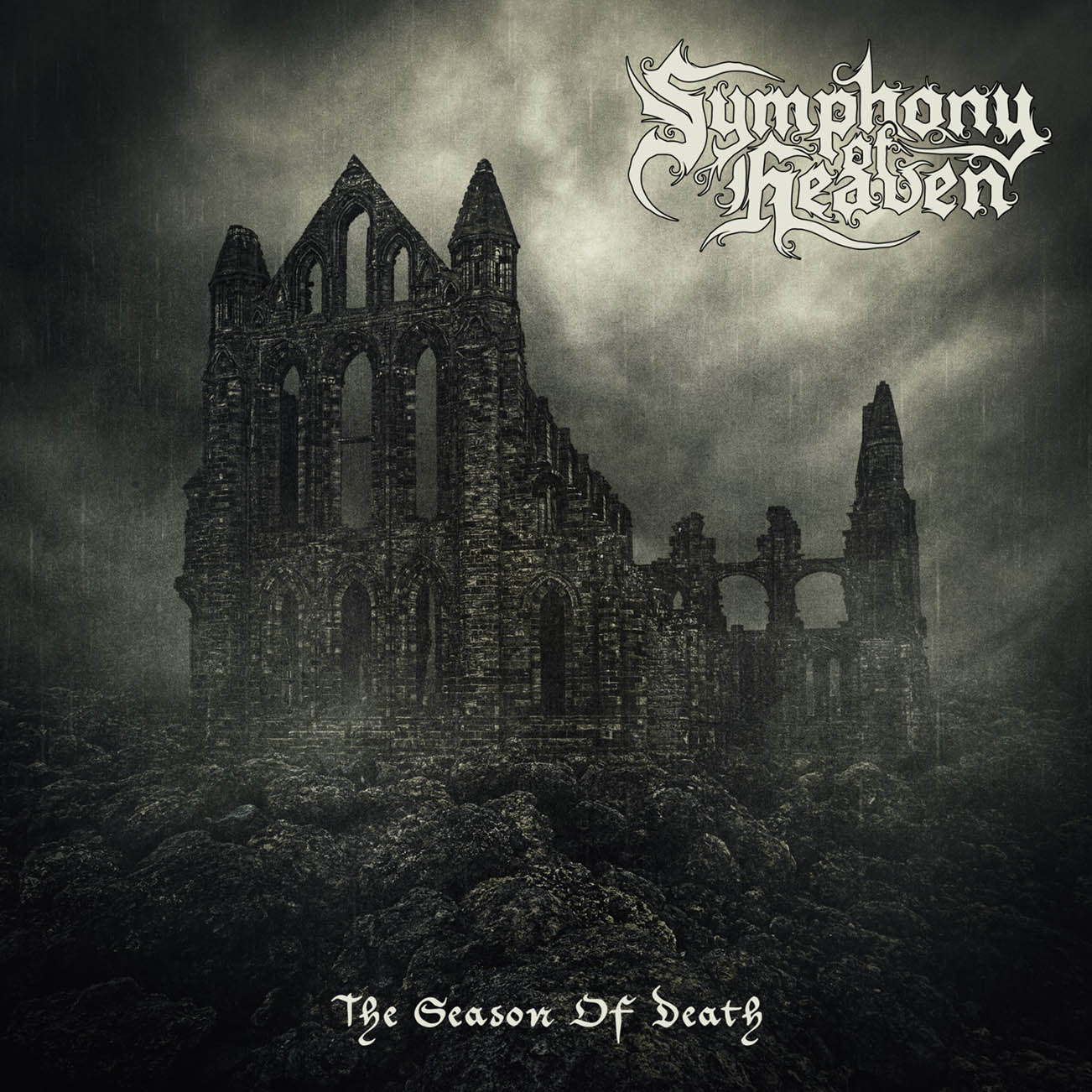 Symphony Of Heaven – “The Season Of Death” [Album Review]