Five albums in, and after trying their hand at both progressive and doom-styled strains of death metal, De Profundis decided to cut some fat and go straight for the jugular. The Blinding Light of Faith is a confident, well-produced death metal record, which is also full of quality melodic riffs reminiscent of classic metal.

The band incorporates these progressive and melodic elements into their demonic death metal sound rather well. Take “Opiate For the Masses” for example; this is a track built around a swirling, chunky heavy riff that wouldn’t sound out of place in a more progressive Metallica number. The drum fills the sound nicely, with a good level of bass. De Profundis play with pace here, slowing to become more menacing during the chorus, speeding to thrash levels in the verses, and indulging in quiet, jazzy noodling à la Opeth, all in one track. That said, while there are elements of such progression throughout the record, the group can do balls-to-the-wall death metal as well, as evidenced in “Godforsaken”, “Bastard Sons of Abraham” and “War Be Upon Him”. Here the band throw caution to the wind and go flat out with the usual arsenal of a thundering rhythm section and Vader-esque riffs. These are all excellent tracks and help to give the record a solid mixture of differing sounds.

The Blinding Light of Faith is a heavy album with enough melody to keep things interesting throughout. De Profundis’ death metal is entertaining and can be devastatingly heavy, but, unfortunately, the vocals let the record down somewhat. Reminiscent of, but less powerful than, Johan Hegg (he of Amon Amarth fame), Craig Land never quite gives the power the music deserves. His crackled, old-school European death metal vocal style is befitting of De Profundis’ melody-driven sound, but a deeper, more cleanly-delivered harsh vocal style, relatively similar to the likes of Mikael Åkerfeldt’s more recent demonic snarls would have worked even better.

The most significant downside to The Blinding Light of Faith, however, has to be the two spoken-word moments found at the end of “Obsidian Spires” and the beginning of “Martyrs”, both talk of terrorists and religion. I have no issue with a band (or anyone, for that matter) being anti-religion, but when tracks feature inflammatory moments such as terrorist cries and a person saying “thank God for 9/11”, it just comes across at cringe-worthy at best, highly offensive at worst. They add nothing to the guys’ already clear stance; a glance at the track names tells you all you need to know. While these moments are mercifully short, they stick in the memory and sour the album’s overall enjoyment.

The Blinding Light of Faith is a good death metal record with some fine moments of progression and melody thrown in alongside your standard old-school death metal trappings. Despite relatively weak vocals and moments of poor spoken-word judgement, the album stands strong, and the likes of “Opiate For the Masses”, “Godforsaken” and “War Be Upon Him” are more than good enough to make up for any such shortcomings. 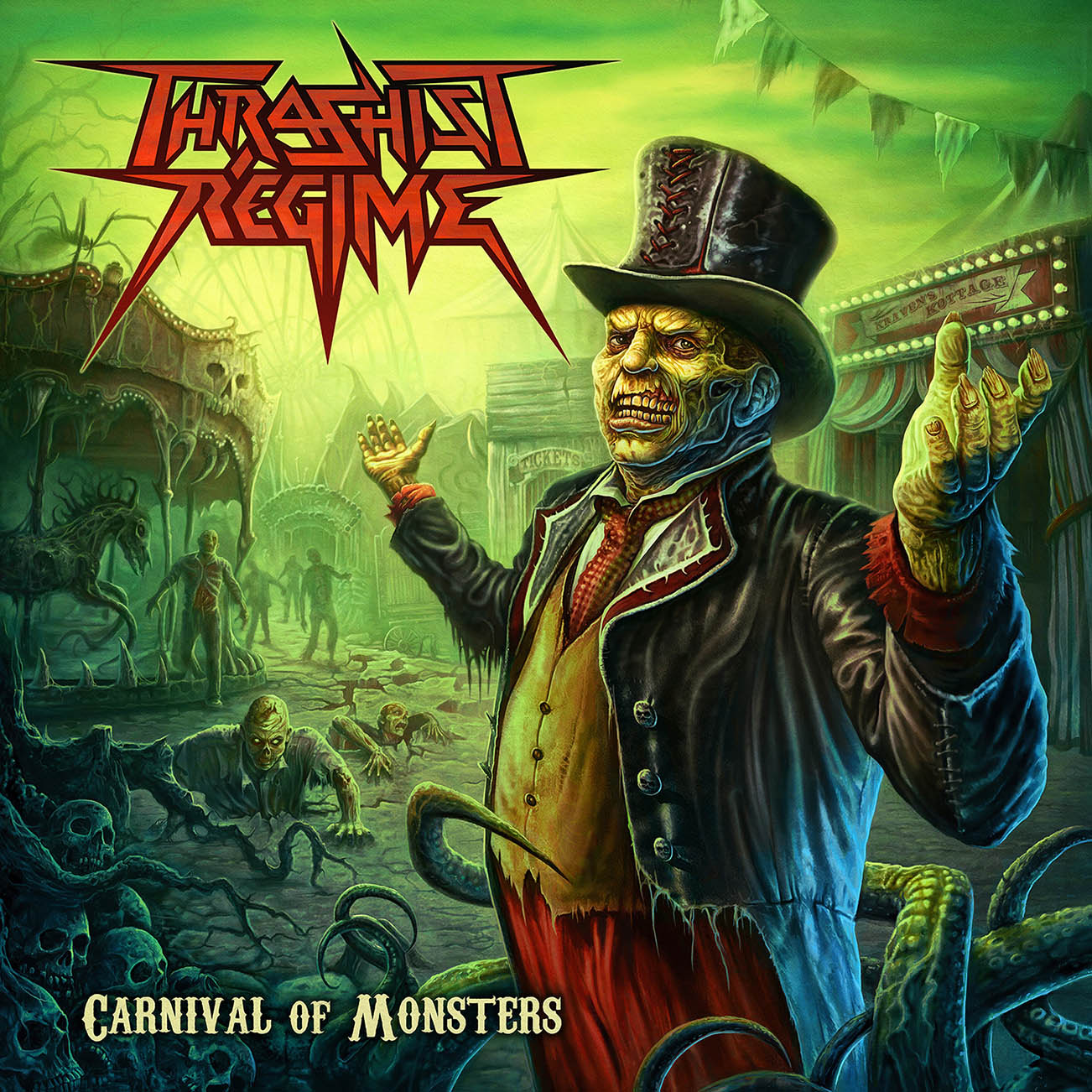