Cover albums by metal bands are a funny old affair usually born when a band fancy a bit of a break or as the basis for something like a movie soundtrack. There have been plenty of metal bands over the years trying their hand at including Slayer and, going back even further, the soundtrack to the Judgement Day movie. Lamb Of God provide the latest addition to the list as they celebrate twenty years of Burn The Priest, their original name, by blasting through some of their favourite tracks from their collective record collections.

Rather than just do a review of this one and gush about how great Lamb Of God are, we thought it would be interesting to dig up some of the classics they’ve covered and see how Lamb of God / Burn The Priest fair when it comes to a track listing which, looking down it, features some right bangers.

1. Inherit The Earth
Stateside, crossover thrash was all the rage in the ‘80s, with bands blending punk, thrash and hardcore to create a ferocious new sound. Long before grunge was a thing, Seattle-based nutters The Accused were spitting out their own vicious take on the genre with this particular offering appearing on the awesomely tagged Martha Splatterhead’s Maddest Stories Ever Told. Listening to Burn The Priest’s twist on this crossover gem while, musically, the band have matched the unbridled ferocity of the original, there is just something about Blaine Cook’s insane vocal style that gives the original the nod this time.

2. Honey Bucket
Taken from The Melvins fifth album Houdini, “Honey Bucket” has already been given the cover treatment by Dillinger Escape Plan. Now, everybody loves a bit of The Melvins and “Honey Bucket” epitomises everything we love about this band. Waves of sludgy, fuzzy guitars leave you feeling warm all over before frontman Buzz Osbourne hits you with his unmistakeable vocals. Lamb Of God’s rendition on the other hand feels more one of their own courtesy of Chris Adler’s jackhammer drumming and Randy Blythe’s throaty vocals.

3. Kerosene
Back in the mid ‘80s/early ‘90s, any self-respecting industrial/metal DJ would have “Kerosene” on their playlist. Brooding verses built up before frustrated metal and industrial fans explode in unison as the whole thing reaches boiling point and mayhem ensues. Now, this is the first time we can’t pick between the two versions because, although the original takes us back to our misspent youth, we’ve seen the same kind of mayhem unfold before our very eyes at many a Lamb Of God show and the Virginia metallers have nailed this classic superbly.

4. Kill Yourself
Back when skater thrash kings Anthrax were nothing more than a bunch of spotty thrashers in white hi-top Adidas trainers, that whole scene spawned a number of offshoot bands who mixed crossover thrash with tongue-in-cheek humour. Stormtroopers Of Death were one of those bands who featured members of Anthrax along with the larger than life Billy Milano. “Kill Yourself” is one of the more well-known S.O.D MOSH anthems and listening to both versions of this full throttle blast of bile in just under seven minutes, it’s clear there couldn’t be a more perfect track for the venomous Randy Blythe to put his acerbic vocal style to.

5. I Against I
There are some bands you just can’t put yourself up against and Bad Brains is one of those. The Washington hardcore band quite simply redefined heavy music with their chaotic blend of hardcore and reggae and in frontman HR, there is a vocalist who has and still is influencing singers all over the world but is also a vocalist who simply cannot be mimicked. Thankfully, like the rest of this album, Burn The Priest aren’t mimicking their influences but, even though their rendition of “I Against I” lifted from 1986’s album of the same name is suitably raucous, at the end of the day, Bad Brains top trumps all.

6. Axis Rot
Burn The Priest’s Randy has spoken quite openly about how he feels Sliang Laos are one of the best bands to hail from his hometown of Richmond, Virginia and, even as far back as 2015, Vanity Fair described the band as one of those you were “too cool to know about in the ‘80s and ‘90s”. Despite all this, it seems the Math Rock outfit were never destined to be more than a cult outfit with their album still unreleased and nothing more than a few Youtube videos to go on for reference. Still, Burn The Priest do their finest to remedy this with a version that is probably more loyal to the original than it is to some tracks on this album where there is a very clear LOG/BTP twist.

7. Jesus Built My Hotrod
Back in 1992, industrial fuck-ups Ministry brought their sense-fucking sound to the masses with their Psalm 69 offering. Accessible but still viciously brutal, one of many highlights of the album saw frontman Al Jourgenson and his henchmen unleash this cocktail of thumping beats and insane lyrics to the mainstream rock world. Over the years an onslaught of drug abuse and health issues have taken their toll on one of rock’s more colourful and hugely influential characters but, still, listening to Burn The Priest’s rendition it’s difficult to see how there can be any other winner in this round.

8. One Voice
From the modern era, when they’re on their A-Game, there are very few bands who can come close to the utter ferocity with which Lamb Of God/Burn The Priest play with. It comes as no surprise then to see two similarly volatile bands from the legendary NYHC scene appearing on this collection. The first is the mighty Agnostic Front with Burn The Priest offering their own take on the hardcore classic “One Voice”. Uncompromising and raw, this is the one track on this where Randy sounds like Randy and Burn The Priest sound like the band we know and love today as Lamb Of God. For a modern take on a hardcore classic, the Virginia outfit put in a devastating display.

9. Dine Alone
One of the more modern bands on this disc, New York hardcore legends Quicksand were one of those bands who, quite simply, should have been bigger than they were. Originally performed on their 1993 debut, Slip, “Dine Alone” is a brooding, Deftonesque slice of post-hardcore the kind of which demonstrates exactly why the Walter Schreifels led band have and will continue to be such a massive influence on the hardcore and metal scene. Burn The Priest while still faithful to the original, add something of a thudding heaviness to the guitar sound thus taking some of the emotional sheen off the end result.

10. We Gotta Know
Winding up this collection, Burn The Priest give their own take on “We Gotta Know” a classic from 1986 originally penned by legendary hardcore act Cro-Mags. The epitome of hardcore, Harley Flanagan is a man who lives, breathes, pisses and shits hardcore and this honesty and belief poured out of the aggressive music his band wrote. Now, nobody is doubting that Lamb Of God hold that same level when it comes to their music but, when it comes to plunging into the archives to cover a track by a band like Cro-Mags, it really is a case of having to have been there first time around to really appreciate this one. 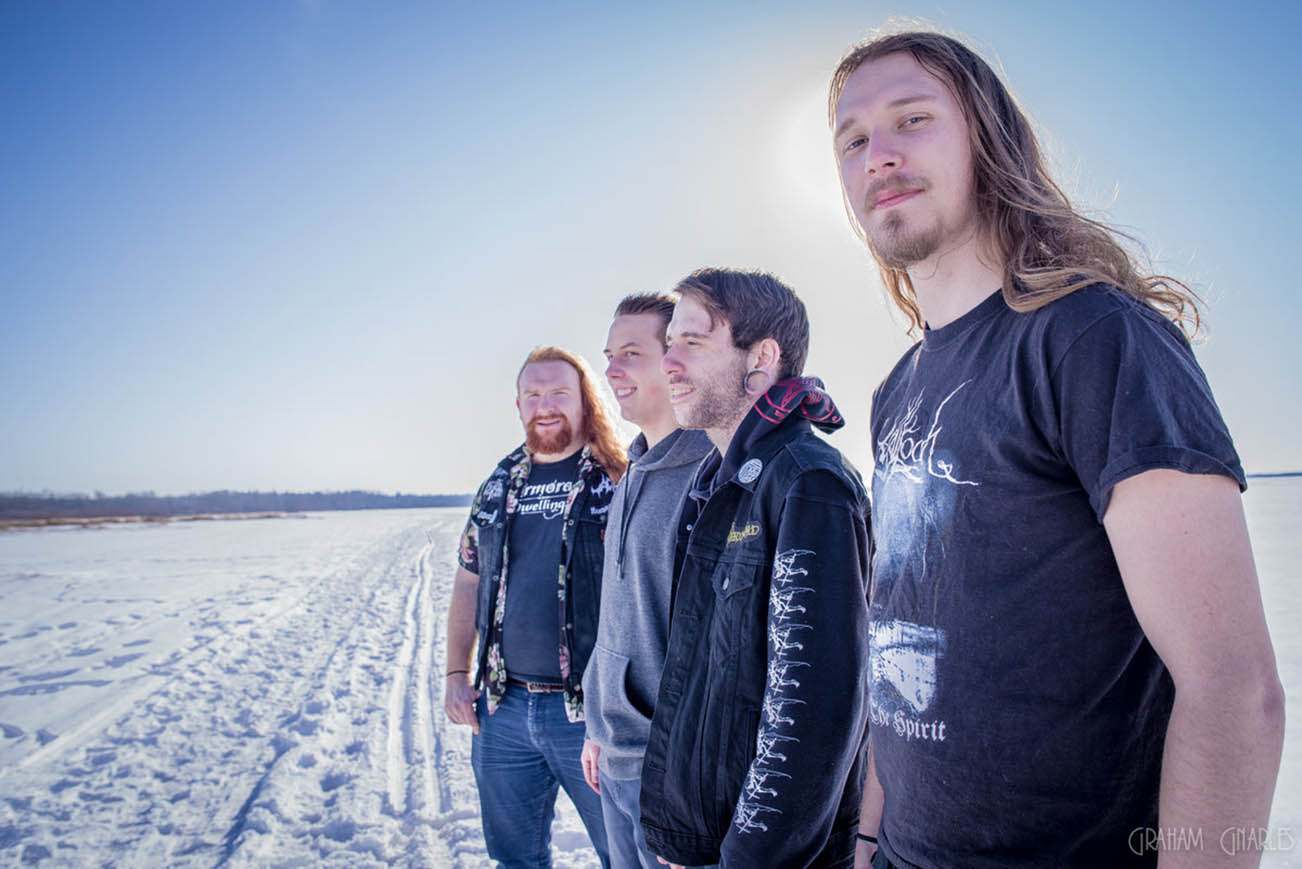 If You Think Alberta Can’t Metal, Then Check Out this Stream for the New VALYRIA EP ‘Into The Dying of Time’ 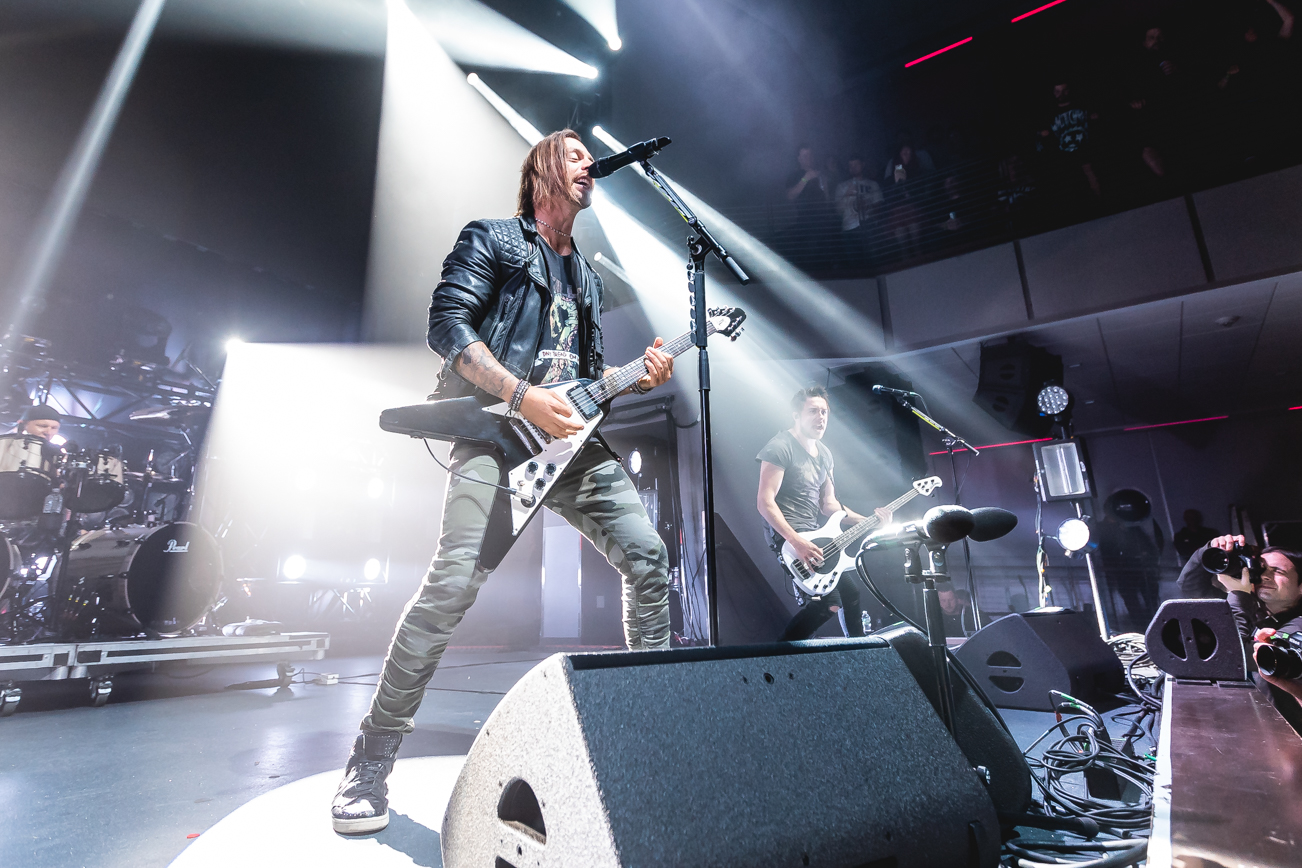