One of the finest examples of how change can be a good thing, Bring Me The Horizon’s five albums and one EP each touch on something different in the England-based quintet’s repertoire; from the sadistic, violent early recordings, to new releases that incorporate subtler vibes. Without a doubt, the albums are hard to compare – in some cases, it comes it’s as if comparing apples to oranges – but, in the name of all that is heavy, we shall endeavour to try. Here is our comparative ranking of Bring Me The Horizon’s releases from worst to best.

06. This Is What the Edge of Your Seat Was Made For (2004, Thirty Days of Night Records)
– It feels almost unfair to throw This Is What the Edge of Your Seat Was Made For under the bus like this, but there’s no denying that Bring Me The Horizon’s earliest release was chock full of far too many blast beats and way too much distortion. To be fair, you could say that of nearly any deathcore band’s early work, but 17-year-old Oliver Sykes and co. took it to the next level. While it set the foundation for their next few albums, it wasn’t a good sound at the time. The tracks are all pretty difficult to listen to without giving the band the benefit of the doubt that they would get better. Regardless of the rookie nature of this first release, BMTH took the fire provided by this EP and used it to ignite a fantastic career.

Listen to this piece if you want to learn more about the guys’ origins; where their roots lie and what they evolved from. Listening to this EP and comparing it to their later work is damn near baffling, but in a very good way.

Noteworthy Track: “Traitors Never Play Hangman”
– By far the EP’s easiest listen, “Traitors Never Play Hangman” is a gritty, loud piece that will leave you with a confused look on your face and ringing in your ears. You can pick up on some vibes that would lead to later hits like “Pray for Plagues”, especially in Sykes’ vocals, which are highlighted in this track more than any other. 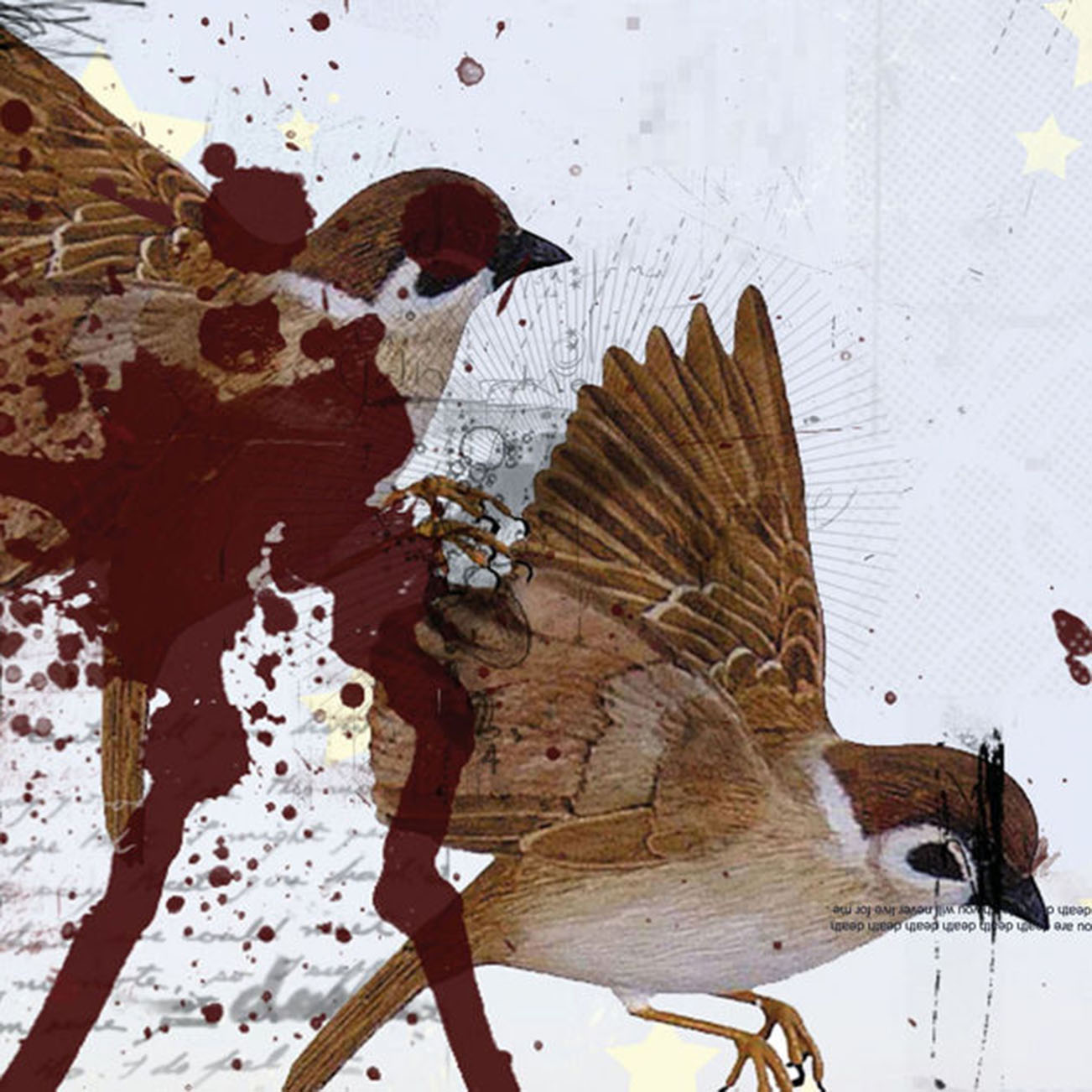 05. There Is a Hell, Believe Me, I’ve Seen It. There Is a Heaven, Let’s Keep It A Secret (2010, Visible Noise)
– No, the title of this album was not accidentally replaced by a God-questioning philosophy I was suddenly struck by. Rather, the long-winded title is an apt analogy for the tracks that live within the band’s third studio album. There most certainly is musical Hell on some of these tracks, such as in the onerous repetition of “Blacklist”, or “Anthem” completely lacking identity when compared to the rest of the recording. Likewise, there are some fine pieces of heavenly work on display. “Don’t Go” is a morbid, chilling piece that couples Sykes’ intense gutturals with the likes of Canadian electro-pop artist LIGHTS’ haunting cleans. “Blessed With A Curse” acts as a stalwart symbol of the band that Bring Me The Horizon was building to be with this release. The entire album certainly is transitional in nature, bridging the gap between old and new BMTH. Does it do a good job in that regard? Absolutely. Musically, however, the listener is left wanting with every track.

This record, if left out from an anthology of BMTH’s work, would be barely recognized as gone. While there are a few killer tracks, the album serves as little more than a stepping stone for the evolution of the band, and, although the change may be jarring without it, it is far from necessary.

Noteworthy Track: “Crucify Me”
– The album’s opening track is far and away the best in the collection. With LIGHTS’ help on this song, the band shows off multiple themes and talents, all crescendoing into a well-rounded piece. 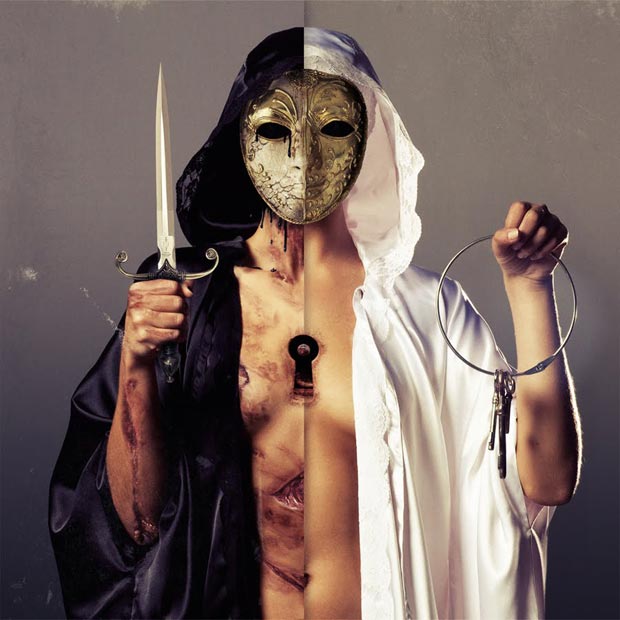 04. Count Your Blessings (2006, Visible Noise)
– The band’s debut full-length is the first record which definitely offers more good than bad, and also features what has been credited as the song that made Bring Me The Horizon take off: “Pray for Plagues”. While the grittiness from their first EP is still there, the group matured and started to find their sound (or at least, the first of many of their sounds) on this release. Oli Sykes’ vocals are ridiculous: his voice’s screeching, demon-like presence, combined with the already pissed-off lyrics and chaotic instrumentals, make for an album of absolute stunners that shatter your eardrums and make your heart race.

Count Your Blessings stands somewhere between This is What The Edge of Your Seat Was Made For and Suicide Season; both chronologically and in sound. Without a doubt, this album deserves to be the one credited for starting BMTH’s crawl up the charts.

Noteworthy Track: “Pray for Plagues”
– The aforementioned flagship song, “Pray for Plagues”, is a bone-shaking wonder. All pieces of the puzzle combine to make a track that will absolutely get you headbanging. The band took off from this piece, and by all means, you should do yourself a favour and listen to it to understand out why. 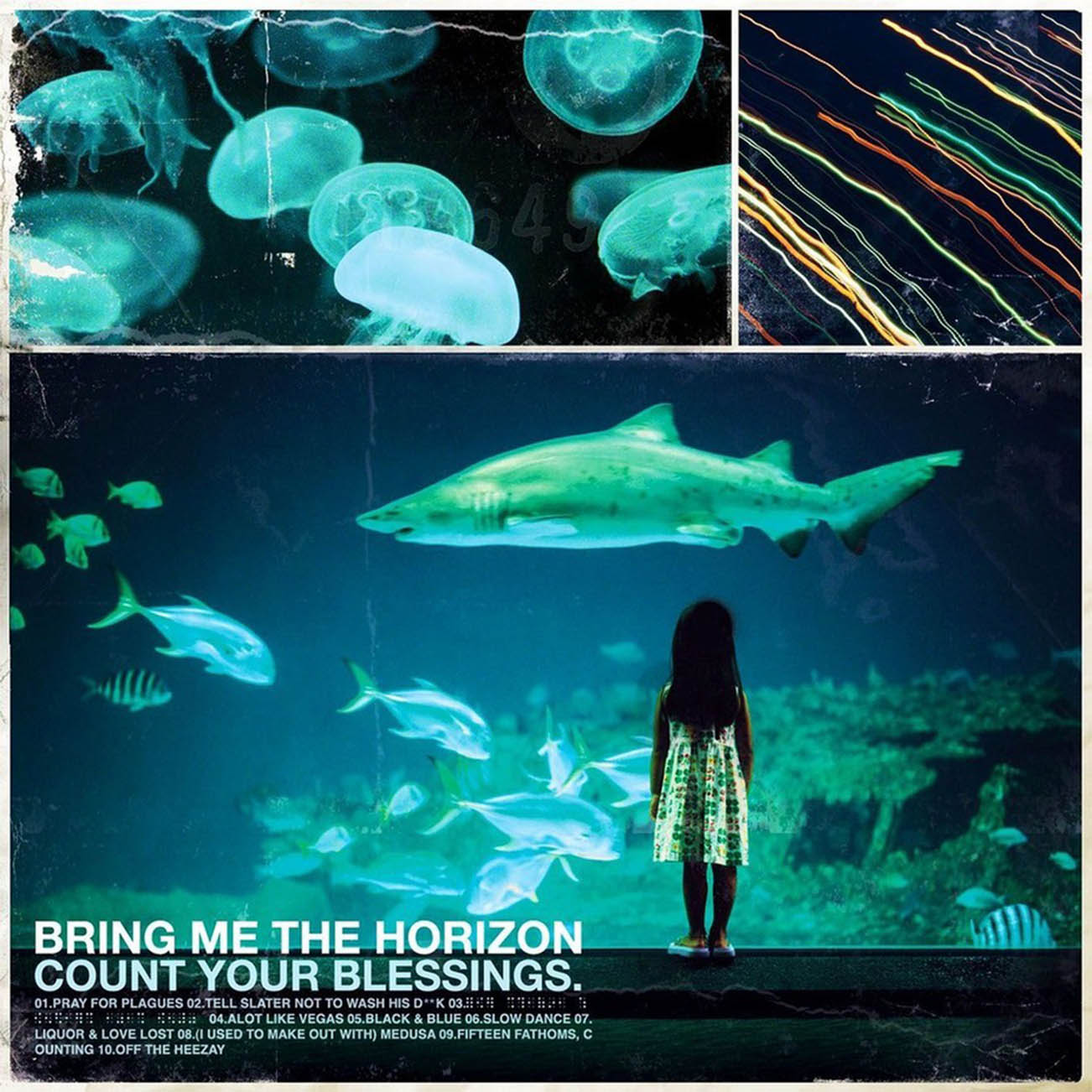 03. Sempiternal (2013, RCA Records)
– Probably the most controversial placement on this entire list, Sempiternal is heralded by quite a lot of fans as Bring Me The Horizon’s best work. Yet, I believe that to be a symptom of the fact that this offering was the first to incorporate a sound that’s, overall, an easier listen. This leads to a lot of fans coming in and having Sempiternal go down as their first BMTH album. Your first love is always the most intense, no?

Besides that, the recording is an excellent piece of work that skyrocketed BMTH to becoming a mainstream success. “Shadow Moses” and similar tracks were known not only by the metal community, but by rock scenes, pop communities, and so on. The tracks within Sempiternal are catchy and simple, while still delivering intense meaning and listening enjoyment. Certainly, the inspiration – and a learning point – that would eventually result in our #1 album being created, Sempiternal is an effort worth listening to from front to back.

Noteworthy Track: “And the Snakes Start to Sing”
– This song is unbelievably cool. It’s a slow, dramatic fuse burning towards an epic finale where its dark themes are explored. Oli Sykes’ vocals are on an intense showcase here, and he does an incredible job leading this song to be one of the best in BMTH’s career. 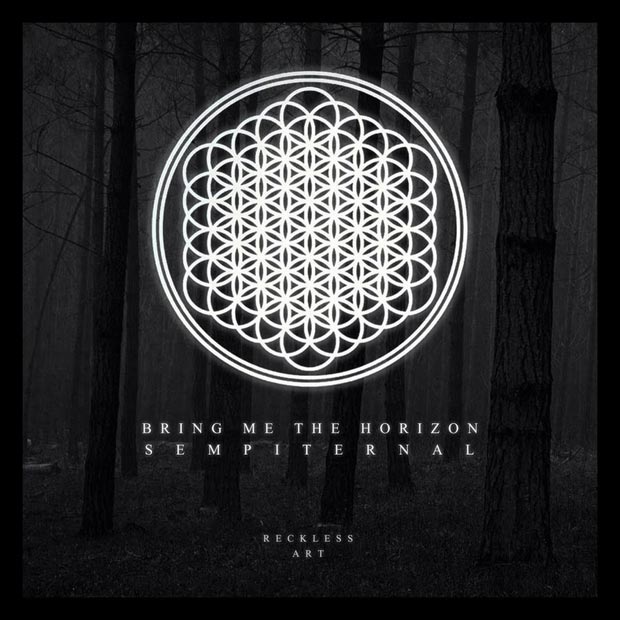 02. Suicide Season (2008, Visible Noise)
-The second full-length album from Bring Me The Horizon is the last of their pieces that could be described as anything close to a deathcore record. It was the last before the band completely abandoned (for the best) their heavier sound and transitioned into slower, lighter pieces. When you’re talking about BMTH’s old sound though, nothing is better than Suicide Season. Every single song is mind-boggling. The big tracks are absolute monsters; some of the most moshpit-worthy deathcore efforts ever created. The elements of future albums that peek their way through in songs like “Chelsea Smile” and “The Sadness Will Never End” are excellent markers for the transitionary period in BMTH’s career. Oli Sykes’ vocals took a huge change on this album, becoming slightly cleaner and significantly more mature; a trend that would repeat itself with each album from here on out.

Suicide Season is the ultimate representation of heavy BMTH in the same way that our #1 album is the best of the lighter side. If you prefer a heavier sound, Suicide Season may be #1 in your book, and you would be 100% justified in putting it there.

Noteworthy Track: “Suicide Season”
– Sit down for eight minutes and listen to the titular epic that Bring Me The Horizon created with this piece. It is an emotional, beautiful song spiralling upwards towards a brutal climax that will make the hair on the back of your neck stand up. If we were making a list of the best songs BMTH has ever created, this would be in the fight for the top three. 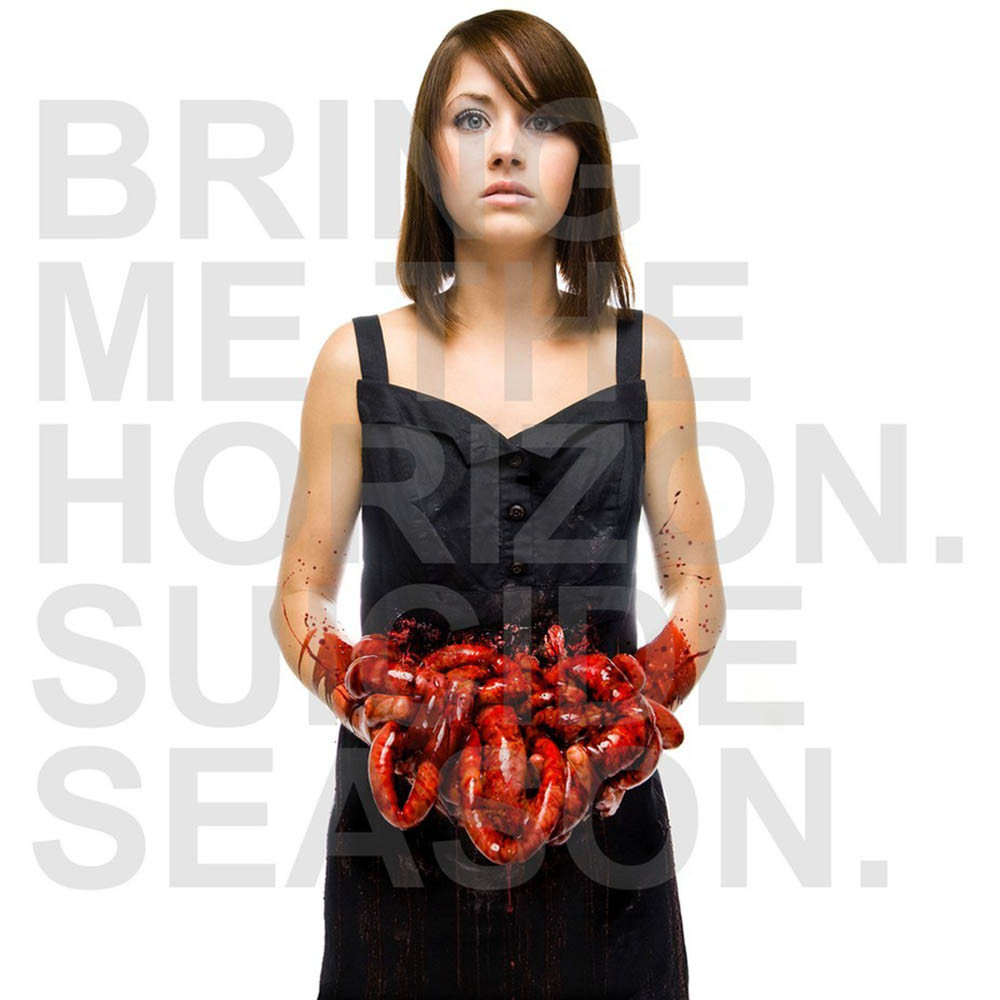 01. That’s the Spirit (2015, RCA/Columbia)
– The newest album from Bring Me The Horizon is their best. Every track is special in its own way, with over half the tracks being contenders for some of BMTH’s greatest work. The orchestral themes within this recording’s walls lead to some incredibly powerful pieces that leave you with shivers when/if experienced live. From the jazz-influenced “Oh No” to the love song stylings of “Follow You”, a wide range of elements and themes are explored within the tracklist of That’s the Spirit. Oli Sykes’ vocals are at their absolute best, underlining a mature and self-reflective man who now uses his music as a way to help himself out of the struggles of his past. Along with the previously-mentioned orchestral themes, the rest of the instrumentals on this album are extremely powerful as well.

Surely, That’s the Spirit deserves number one, and it may continue to stand here even with new BMTH releases inevitably coming. From front to back, this album amazes and certainly satiates the band’s need for musical exploration.

Noteworthy Track: “Happy Song”
– A track that shows off many of the new things BMTH was trying to do with this album, “Happy Song” is an upbeat but powerful piece. The cheerleading works way better than you would expect it to on paper, and that’s something you have to credit the band for. They made a lot of strange stuff work on this record. 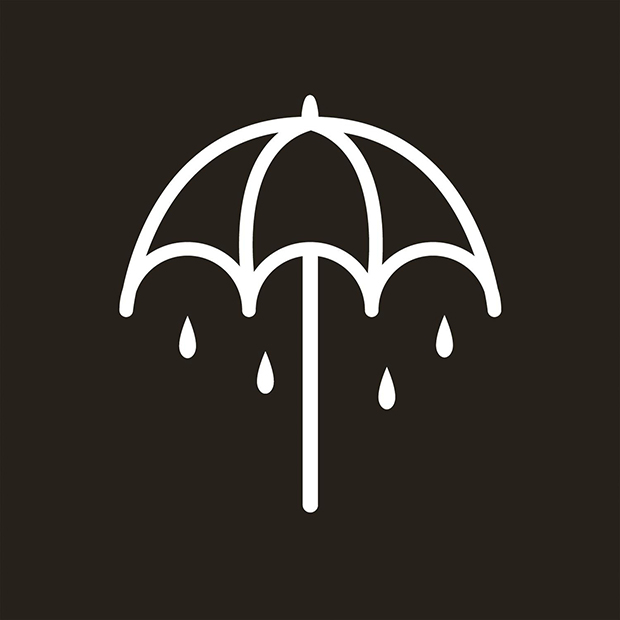 There it is in its entirety: Bring Me The Horizon’s complete discography, ranked from worst to best. I’m sure there’ll be some disagreements, but, without a doubt, that’s because BMTH has some of the most dedicated followers who enjoy the multitude of sounds the band has explored throughout the years. Regardless of how you think they should be ordered, all BMTH fans can come together and look forward to whatever sound it is we’re going to hear from them next.

Feast your eyes on BMTH’s video for “Drown”, the first single from That’s The Spirit. 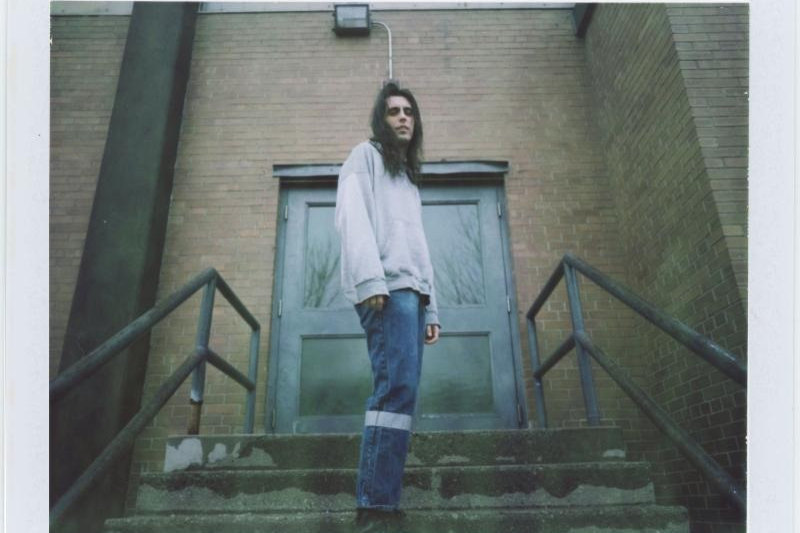 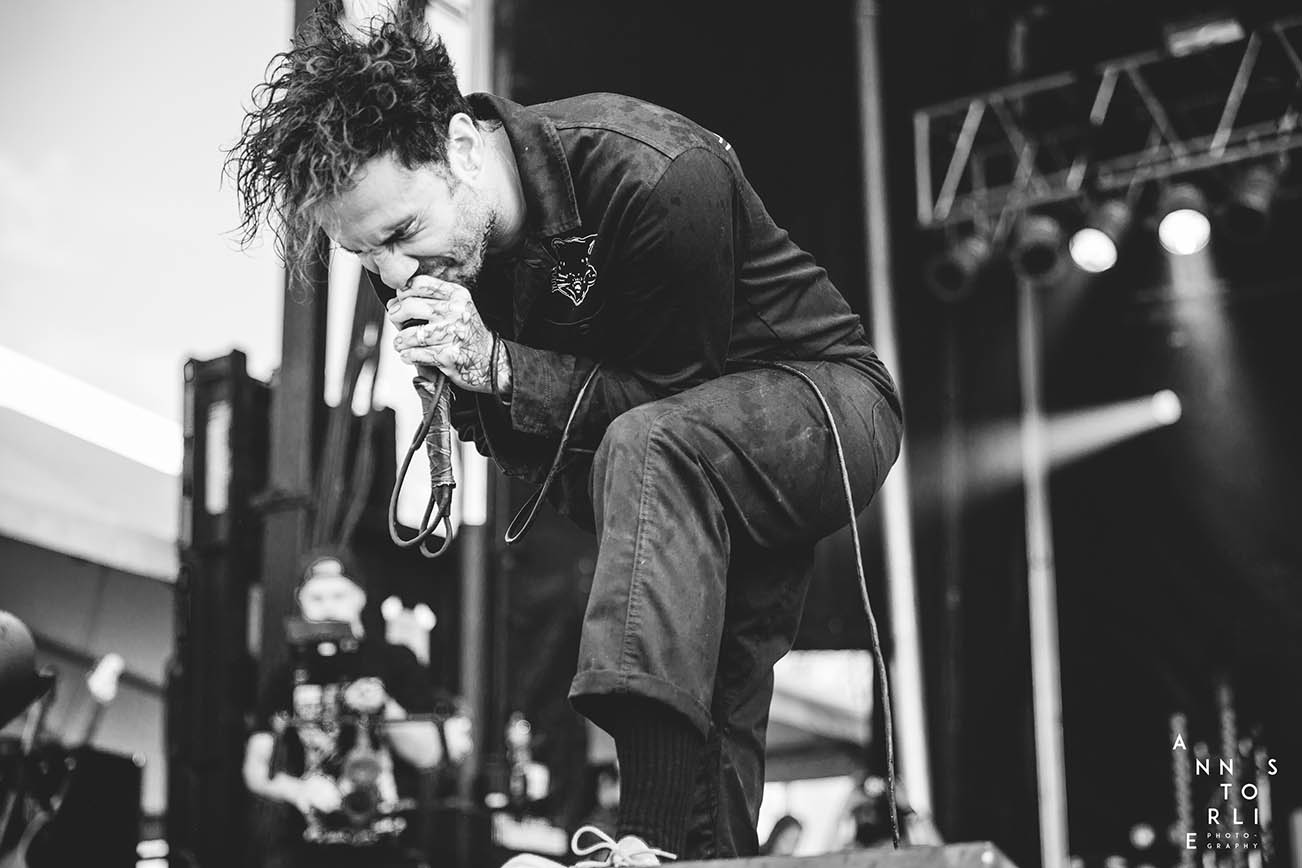