It’s hard to imagine now, but the world used to be a much quieter place. The sounds we hear on a daily basis are easily unnoticed but collectively form quite a racket. Everything between city traffic, a neighbour’s lawnmower, and the humming of a refrigerator would be unimaginable to people who lived before industrialization. Beyond the ambient sounds of modern society, there is also the potential for sounds of technology to be used outside of it its practical purpose. It sounds nutty and artsy, but some thinkers from a century ago thought that music based on these modern noises would dominate the future. And in some ways, they were right.

Noise music existed as an idea long before it was actually played. The first references to noise music can be found in the Italian futurist movement of the early 1900’s. As the name implies, the futurists were obsessed with speculations on future societies and their culture. Artist Luigi Russolo is often considered the first noise musician. His 1913 manifesto L’Arte dei Rumori, or The Art of Noises, was fixated on the previously-unheard sounds brought by the industrial revolution. He even went as far as creating noise generating machines he called “intonarumori”, which were used in a viciously ill-received performance in 1917.

In the years following World War 1, composers began toying with the concept of “found sound”, which involved non-musical sounds within pieces. Live performances were accompanied by a host of common industrial sounds in an eccentric fashion. Though many examples exist, one of the most bizarre instances is “Symphony of Factory Sirens” by Soviet composer Arseny Avraamov. The piece incorporated foghorns, machine guns, airplanes, and numerous other sounds alongside a conventional band and choir. The piece was performed live in 1922 to commemorate the fifth anniversary of the October Revolution.

While unorthodox instrumentation persisted in avant-garde circles, the advent of the tape recorder and other studio technology brought another dimension to noise music’s potential. French composer Pierre Schaeffer and other artists from his circle took advantage of these technologies in the ‘40s, creating what would be called musique concrète. This style involved recording virtually any sound available, be it door creaking, vocal samples, musical instruments, or city ambience. Furthermore, the sounds would be manipulated and rearranged, creating a rapid succession of collaged samples.

Listen to a rare recording of Luigi Russolo’s “intonarumori”.

All of this will seem bizarre to most, but it helps to consider the artistic climate of the time. For centuries, music in the West was considered nothing but 12 notes on accepted musical instruments. The idea of including a sound outside of musical notation was totally unheard of and resisted by conventional composers of the time. Though a subtle detail, these traits are unnoticeabley weaved into popular music. A great example is Michael Jackson’s “Thriller”, which opens with a door creak, wolf howls, and other spooky sounds.

Noise music as it is understood today found its identity in the second half of the 20th century. Rock artists in the ‘60s were starting to get louder, putting more emphasis on distortion and aggression. Guitar feedback was eventually utilized by bands like The Jimi Hendrix Experience, and The Velvet Underground. Even The Beatles dabbled in noise making, with songs like the discordant “Helter Skelter” and the deranged trip fest “Revolution 9”.

Here’s a clip from BBC documentary “The New Sound of Music (1979)”. Host Michael Rodd demonstrates the use magnetic tape in musique concrète.

Here’s a 1980 performance of “Discipline” by Throbbing Gristle.

First pioneered in the ‘70s by Destroy All Monsters, noise rock grew out of American punk scenes eager to push the limits of their music. Along with previously-mentioned bands from New York, acts like No Trend and Flipper used feedback and dissonance over top recognizable song structures. Alternative rock bands like Sonic Youth and Dinosaur Jr. also used booming distortions alongside accessible songwriting. Scottish band The Jesus and Mary Chain took inspiration from Einstürzende Neubauten and The Velvet Underground, making feedback-laced pop tunes that would be building blocks to the shoegaze genre. The conventions of noise rock were later solidified in the ‘90s by bands like Lightning Bolt, who drifted from punk and alternative rock archetypes and made noise the primary focus.

By the end of the 20th century, noise music was a creative free for all. Electronic dance music producers eventually got in on the action, with names like Autechre and Aphex Twin using glitchy computer-generated samples within their complex compositions. German group Oval made surprisingly beautiful ambient glitches by scratching CDs with a box cutter. One of the most famous noise music scenes developed in Japan, which used any technology available to make harsh walls of static that resemble the power electronics sub-genre. Dubbed “japanoise”, the scene is best-known for its poster child Merzbow, who is arguably the most famous noise musician today.

It’s been over a century since Luigi Russolo’s prophecies and so much has changed. Between two World Wars and a decades-long brush with nuclear annihilation, the world has seen its share of turmoil that shaped culture we know today. Though it’s likely that many of these noise music pioneers had never heard of the Italian futurists, their music was still loosely reminiscent to Russolo’s views on post-industrial culture. These ideas alone are not appealing to most listeners, but when fused with our favourite styles of modern music, the ideas can be a liberating force for composers. It’s likely that noise music will never be fully explored because literally anything can be musical. If composers keep pushing the boundaries of what society deems musical, the next 100 years will surely be interesting.

Would Luigi Russolo have dug this? Here’s the legendary Merzbow playing an Australian show in 1997.

WAYFARER Wear the “Animal Crown” with Stream of Latest Track 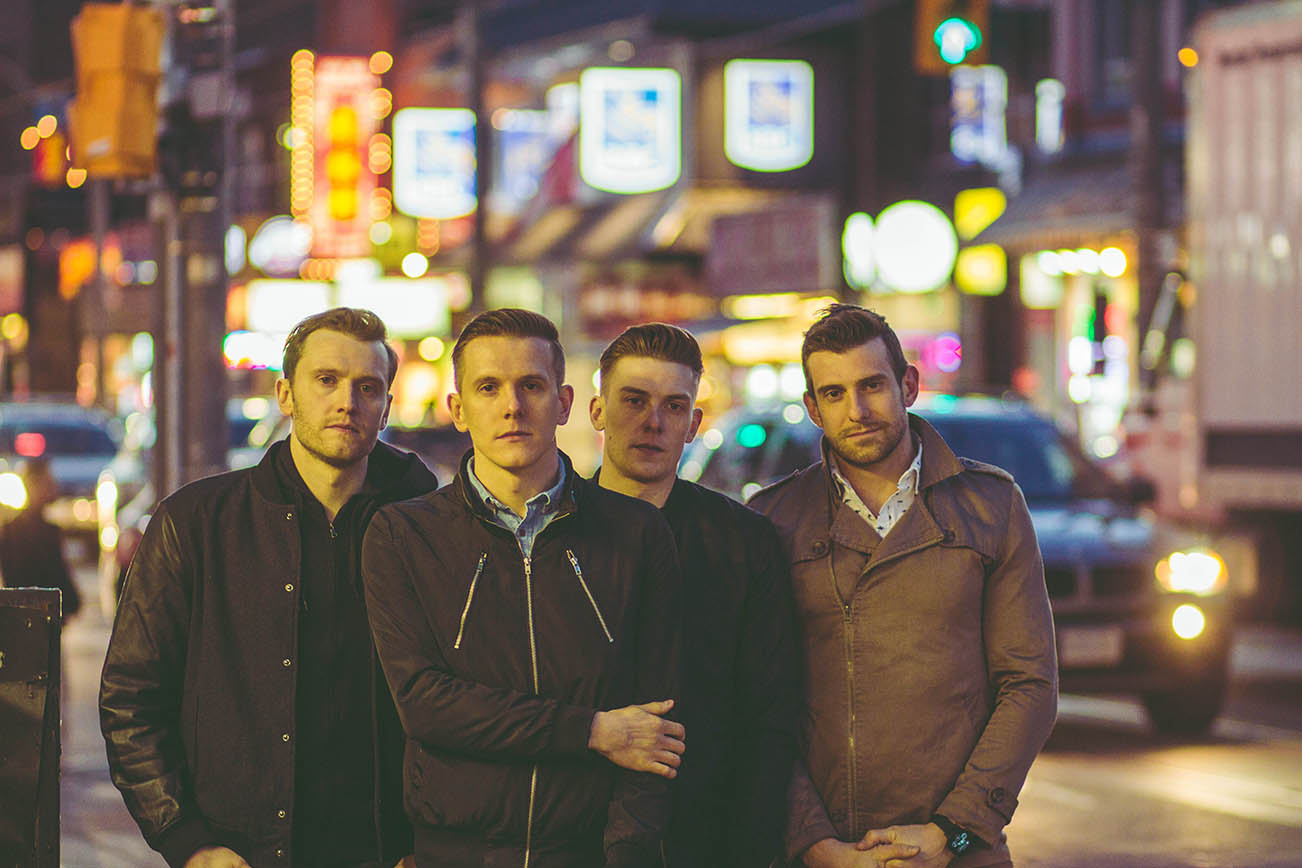