Like a self-appointed, one-man welcoming committee, the potbellied, bearded 30-something stood proudly at 1pm. With his pony keg-sized can of beer held high, he proclaimed, “Woo-hoo! Drink up!” as he leaned in to greet each car pulling onto the rapidly overflowing lot. Strolling across the sprawling property towards Will Call, one couldn’t help but notice immediately the near-endless sea of people lined up for blocks, all basking beneath the partly-sunny skies brimming with a barrage of helicopter traffic. Sporting an array of eye-catching body art and a variety of black concert T-shirts adorned with various iconic band logos, the flock waited semi-patiently to be ushered through the gate. From lands far and wide, the faithful had come to praise and worship. They’d come to party. They’d come to rock! Welcome to Earthday Birthday 2018.

Before Coachella, before Ozzfest, and even before Vans Warped Tour, Orlando’s celebrated rock radio station, WJRR, staged the first of what now has become a famed, multi-band, outdoor music festival. The kickoff year was 1993. Since then, 12,000+ fans have converged annually onto the Central Florida Fairgrounds to experience live concert performances from some of the biggest names in rock. Boasting its 25th anniversary, WJRR endeavored to make this year’s daylong event the best yet. And it proved to be a highlight-packed shindig, indeed!

“We played Tampa the other night. What the fuck’s wrong with those people?” Pitting one city against the other successfully in true rock and roll fashion, founding frontman Spider One energized Orlando early birds in short order, as his super-charged combo, Powerman 5000 annihilated the EDBD Lipton stage at 2:15. Seguing seamlessly from 2009’s “Super Villian” into 2001’s “Bombshell,” he added, “This is no longer a concert. This is fucking war!” Colorful and crunchy, the PM5K set proved a non-stop, guitar-driven nut-buster, to be sure.

Shirtless and muscular, co-founding frontman Philip Labonte looked as if he could have taken on the entire EDBD crowd easily (and won) as his veteran metal troupe All That Remains stormed the Bud Light stage at 3pm. Along with fellow co-founder, guitarist Oli Herbert, Labonte led the Massachusetts-based band through a sweat-soaked, 45-minute set that included such fan favorites as “The Last Time” and an epic remake of the Garth Brooks classic, “Thunder Rolls.” However, despite the overall brutality of the band’s performance, it was the 2012 power ballad, “What If I Was Nothing” that stood tallest among All That Remains’ cavalcade of skull crushers.

It was pure pandemonium, as the crowd erupted into a crazed chant of FOZZY! FOZZY! FOZZY! while the ear-splitting splendor of Black Sabbath’s “War Pigs” blasted from the stadium-sized sound system. “ORLANDO! ARE YOU READY FOR FOZZY?” inquired charismatic frontman Chris Jericho with tremendous fervor as his Atlanta-birthed brigade commandeered the Lipton stage at 3:50. Amid blasting smoke machines and spinning police beacons, FOZZY kicked off the raucous rampage with the title track from their latest record, Judas. Described best (by me) as the old “Judas Priest” you get when you’re no longer interested in the new Judas Priest, FOZZY delivered a bona fide, “Turbo Lover” circa ‘86-caliber rock show. As they carved out additional cuts from their latest record – savory slices including “Drinkin’ with Jesus” and “Painless,” it became clear as crystal that FOZZY possesses EXACTLY what most of their contemporaries lack. And that’s songs – fist-pounding, blood-pumping, arena-sized sing-alongs. In sum, FOZZY rocked, dude – sparkling brighter than Jericho’s sequin-studded stage swag.

A cool and comfy breeze soon drifted through the fairgrounds, as Bush prepared to hit the stage at 4:20. While the super-chill chords of the Allman Brothers’ “Jessica” and the less cerebral riffs of Starship’s “We Built This City” rolled from the Bud Light stage PA, drummer Robin Goodridge had arrived on the scene and taken his place behind the striking, basic black, four-piece kit. Within moments, he was joined by ‘90s poster boy and frontman, Gavin Rossdale, along with perennial members, guitarist Chris Traynor and bassist Corey Britz. Kicking off with a couple of the band’s early signature anthems, “Machinehead” and “Little Things,” Bush dazzled and delighted the throngs with a razor-sharp, high-energy set – one in which Rossdale mixed it up in the pit during 2017’s “This is War.”

Earthday Birthday #25 came to a smashing conclusion as the platinum-selling pride of Jacksonville, Florida, Shinedown wrapped up the show. Described by dedicated disciples as “magnificent” and “amazing,” the 75-minute hit parade featured such staples as, “I’ll Follow You,” “45,” “If You Only Knew,” “Sound Of Madness,” and “Second Chance.” Founding frontman Brent Smith thanked the Orlando fans for giving Shinedown a chance years ago, as he led the band into the set-closing new single, “Devil.”

Happy 25th anniversary, WJRR! Congrats on another successful EDBD mission – and here’s to many more! 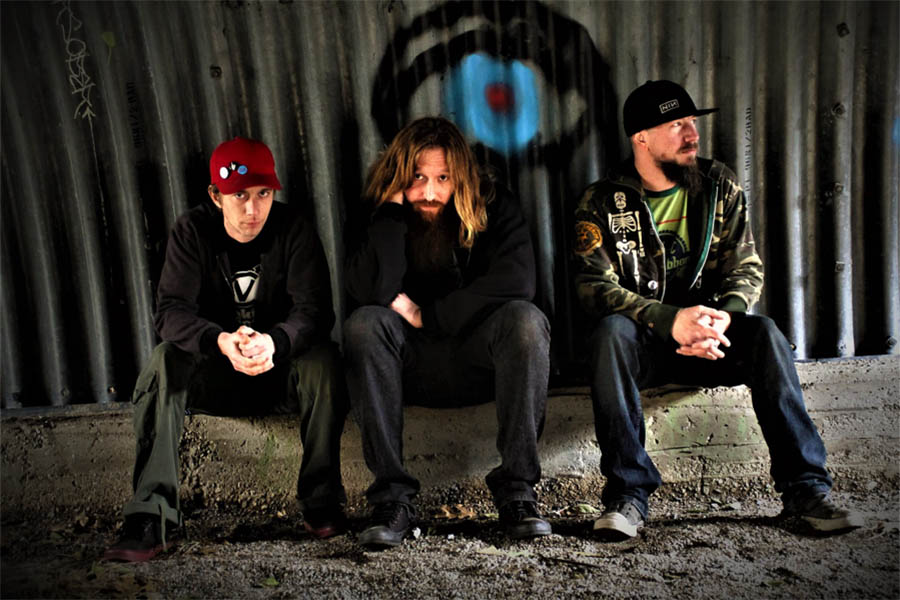