The idea that suffering, whether on an individual basis or in the face of political unrest, is somehow required to create great music is one that’s wheeled out every now and then – but it’s also one that’s false. War on Women’ self-titled debut album was released in 2015 – a lifetime ago politically – and didn’t need the horrors of the modern presidency to possess a real sense of outrage and purpose. That album felt like it had the potential to light a fire; not just within the oh-so macho hardcore scene, but also in a generation of young listeners, inspiring them in the same way that groups like Bikini Kill did previous generations. There was a sense of humour mixed in with the feminist rage though, and combined with the Riot Grrrl-inspired hardcore of the band, it made for a very inspiring, enjoyable listen. New album Capture the Flag continues down the same path, but it’s a marked improvement over the self-titled album; the song-writing is tighter and catchier, the sense of energy more consistent, and the lyrics as cutting and intelligent as ever.

There are, of course, a lot of things for folks to be angry about these days, and Capture the Flag feels very much an album of our times. References to President Trump, dick pics, police brutality, and abortion rights abound, and though they’re not always subtle, the way that War on Women approach such topics in a fearless, direct manner makes them all the more effective – the band aren’t hinting at anything, they’re directly saying what they think needs to change, and doing so in a way that makes their intersectional feminism feel obvious and accessible. As intelligent as the lyrics are, it’s clear that care has been taken to make them accessible.

Check out the title track, “Capture The Flag”, right here.

That said, to paint Capture the Flag as an album defined by its sense of outrage and protest would be inaccurate. Sure, those are prominent features thereof, but there’s also plenty of fun to be found here, with many of the songs featuring cutting, incisive lines delivered with a sarcastic bite. More than that, there is also a clear feeling being put across that life should be enjoyable, with “Pleasure & The Beast” and “YDTMHTL” tackling topics such as sexual pleasure and self-love – “YDTMHTL’s” line “Write a letter to your idol and then cross out their name and write yours in” feels particularly like the kind of lyric that could only be written by a modern-day feminist band, and is delivered with such feeling that it’s hard not to be moved by it. There are countless examples of intelligent, funny lyrics, and were I to quote them all then I might as well just include the lyrics sheet – there’s not a bad line here, nor one that feels like it hasn’t been considered in depth during the song-writing process. Nor are there any songs like “YouTube Comments” from the self-titled album, which – whilst funny and having a point – felt a bit throw-away in execution.

And then there’s the music itself. Sitting somewhere between 90’s Riot Grrrl and melodic hardcore, it is fast, energetic, and every bit as inspiring as the lyrics. There’s more of a punch to the production than was present on the self-titled album, and it suits the band; this added volume and weight helps bring their best elements to the fore – most notably, the guitars of Brooks Harlan are superb, whether delivering melodic solos, energetic riffs, or heavier moments. Though a lot of the songs draw clearly from the likes of Bad Religion and Bikini Kill, special praise has to go to “YDTMHTL”, which features some spacious, emotive movements that recall late-90’s Ebullition Records emo bands such as Yaphet Kotto. And this is without mentioning the guest spots, which include Bikini Kill’s Kathleen Hannah, and adult film actress Joanna Angel (and that such big name guests haven’t been mentioned before now should say a lot about the quality of Capture the Flag).

Get your scream on with a stream of “YDTMHTL”.

There’s something more to the album that deserves to be mentioned. I’m writing this as a white cis-male in his 30’s, and Capture the Flag feels hugely inspiring, in the same way that bands such as The Dead Kennedys did in my youth – it feels like music that can, and will, change lives. So, if it has this effect on me, I can only speculate what it may do for young women who are coming to punk rock, looking for bands who speak to their life experiences and concerns. Though War on Women are hardly the only feminist punk band going these days, they are one of the most prominent and important, and Capture the Flag is a modern-day classic. 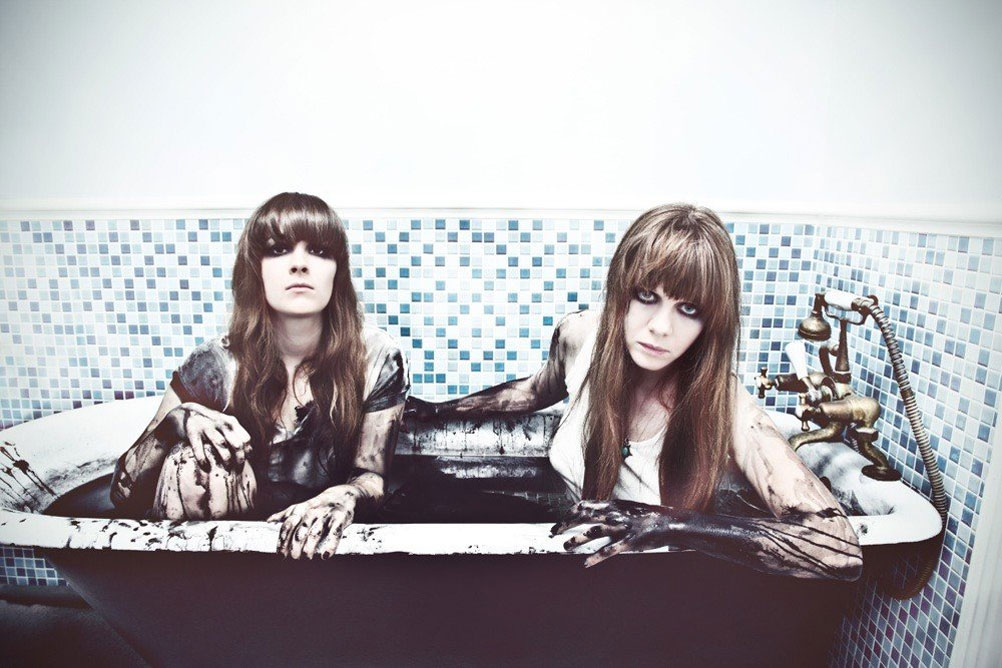 THE SLYDE Are ‘Back Again’ with New LP Release