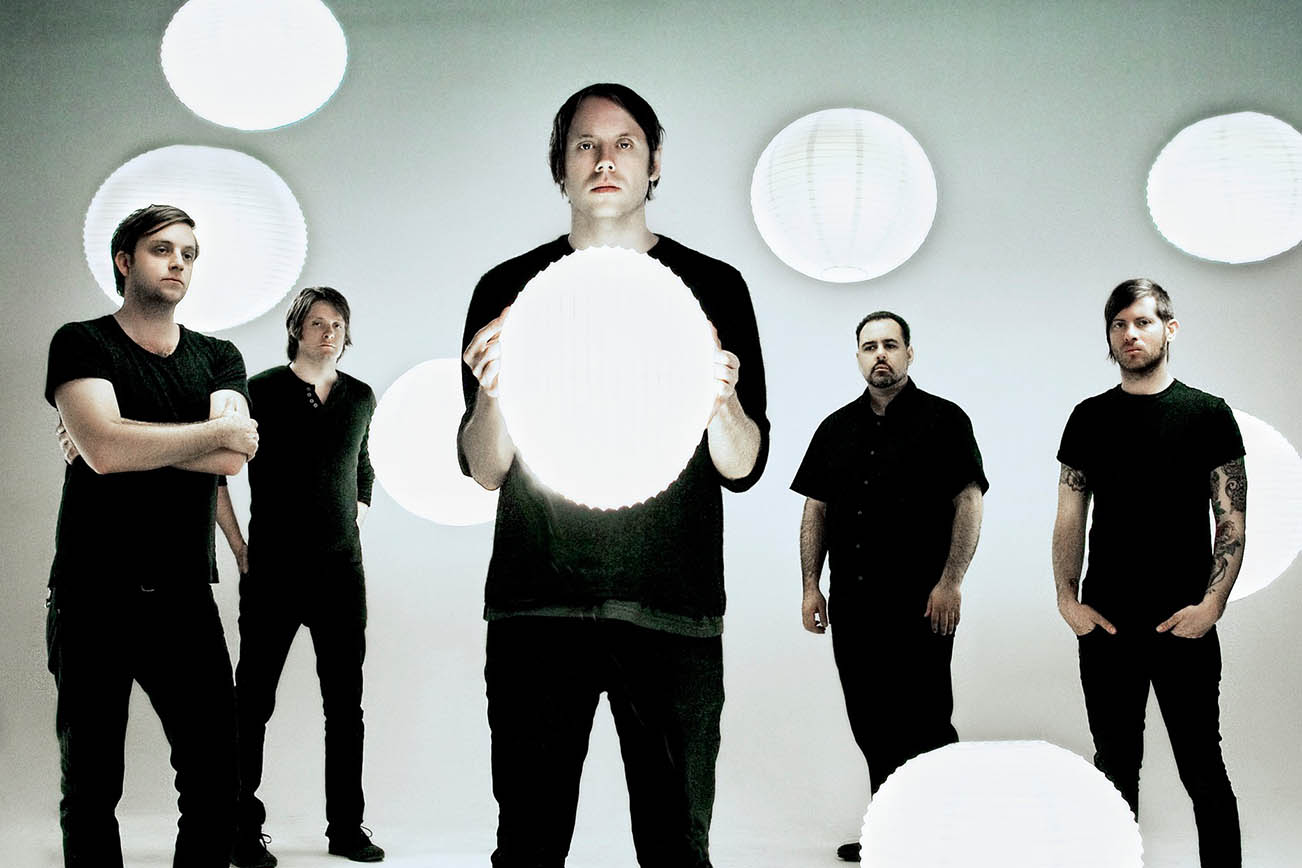 New Brunswick, NJ’s recently-reformed post-hardcore heavies, Thursday, have been making fans happy as pie with their continued post-reunion gigging (follow dates as they’re added via the band’s site). After performing at The Wrecking Ball ATL, the guys set out on their first tour back and things have been moving along ever since. We were able to grab some time with vocalist Geoff Rickly to discuss the reunion, the state of post-hardcore, new music and more.

Thursday reunited for The Wrecking Ball 2016, and then you came back to play at The Masquerade. Is there something special to you about The Masquerade, or was it just good timing?
Geoff Rickly: We love the masquerade, like we’ve played there so many times and we have so many great memories at The Masquerade. It’s probably the magic of Atlanta. It’s a great city. So many people that are super-into music are in Atlanta. It’s such a great music scene. I can also remember so many different tours stopping through there at different times with different people.

I remember we had our last night of our tour with Cursive and Poison The Well there. They were about to put out their record The Ugly Organ which is one of my favorite records they ever put out. It was our last night and we wanted to play a prank on them by covering their crash symbols with ketchup and mustard so that when they hit them it was so messy. But yeah, I love The Masquerade. Such a great place to hang out.

The stage feels right and the crowd feels totally connected to the show. I love all the people that work there. I’ll keep all my fond memories of the old Masquerade, but I’m psyched for the new ones.

Had Thursday been wanting to reunite before Wrecking Ball was booked?
Rickly: We were talking and we were in the very early stages of talking about getting back together and playing again. But, it was more along the lines of “I don’t know. Maybe in another year. Let’s not rush anything”, but then The Wrecking Ball was just so good with all the other bands playing that it just seemed right. We actually said no when we were first asked because we didn’t think we were ready. But after a while it was like “Well, Get Ready!” You know what I mean?

Watch the band’s video for the single “War All The Time” here.

How has the reception been since getting back together? Anything that has surprised you, for better or worse?
Rickly: It’s been an unbelievably positive experience. The feedback has been so genuine and so sweet. It’s just really cool.

How do tours now compare to previous tours before the break-up?
Rickly: They’re definitely different. Before we broke up, we toured all the time….

Any new music or projects in the works?
Rickly: Not yet. Right now we’re just concentrating on playing shows and all the old music that we haven’t played in so long. But I’m sure we’ll start thinking about that at some point.

Do you see Thursday continuing to be active for the foreseeable future?
Rickly: I don’t. It’s been an amazing thing to get back together and all. But I just think about it one day at a time.

It’ll be very difficult to watch this video “At This Velocity”.

Is there any advice you wish you could give yourself for when you were facing your most difficult challenges as a touring musician?
Rickly: Nah. Not really. I don’t think I’m any wiser now than I was then [chuckles]. I think I’m still figuring it out as I go along. I think me back then was at least as well qualified to answer any question as I am now.

Where do you see the future of post-hardcore heading?
Rickly: I don’t know, but I’m excited it has a future. A few years ago it seemed like it was going to be a lost genre, you know? People played for a few years and then there wasn’t interest anymore. But there’s been all these revivals and the emo revival and all of that.

Who are some of your favorite bands right now?
Rickly: Right now? Hmm. Well, since you’re calling from Atlanta, I definitely have to say that The Deerhunter is one of them. As far as young bands, I really like Bleached. I like Wax Idols a lot. I love the new Hotelier record. What else have I been digging?… I really like the MUNA record. They’re kinda a pop band but they’re interesting. Yeah, I don’t know, I always listen to music. Any given week I have a couple of new bands that I’m digging and the next week i have a couple different ones. I have some friends who like to stick with what they grew up and stay in that genre, but not me. I like to keep finding new stuff all the time.