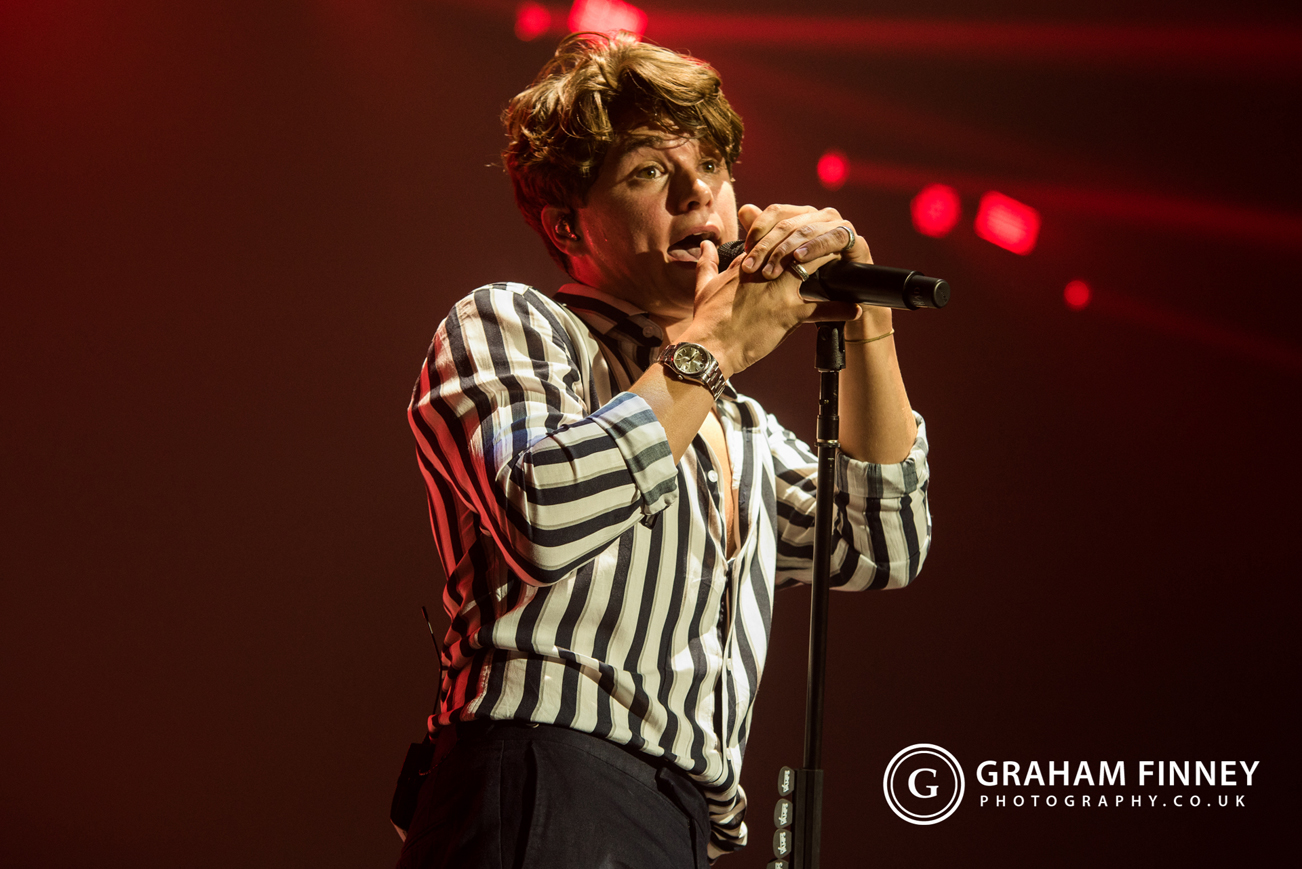 Since their debut album Meet The Vamps came out in 2014 it would seem that UK pop-rockers The Vamps haven’t been off the road and 2018 is no different as we find ourselves in the FlyDSA Arena in Sheffield for the opening night of their latest run of dates across the UK.

Now it has to be said that the Arena isn’t absolutely rammed even for the opening night but the thousands of fans who have made the trip to Sheffield certainly make up for it by screaming the roof off the Arena from the moment three of the four band members rise up through the stage floor and, under a flash of pyrotechnics, launch straight into opener “Staying Up”. Making full use of the massive stage and the extended walkway out to the back of the Arena, the quartet make sure that even those in the nosebleed sets get a good view as the Night & Day tour kicks off in style with an eighteen song set full of highlights.

Highlights that included new songs like “Hair Too Long” and the appearance of Maggie Lindemann during “Personal” along with news that the band would be hitting the road again later in the year. Now it doesn’t take a lot to work this crowd into a frenzy and the band pull off all the right moves and make all the right sounds and with vocalist Bradley Simpson regularly putting himself in touching distance of the crowd, this was a night that a lot of these fans won’t be forgetting in a hurry.