Either watch this music video, or “Hit The Bottle”… or both!

The Skinny: Cultural think pieces and op-eds across the world are hailing 2018 as the year of the woman. Your mileage on this may vary, but there are two girls from London who are certainly making it their year. Guitarist Kirsty Lowrey and drummer Sara Leigh Shaw have been playing together as The Pearl Harts for six years now.

Theirs is a punky, hard blues-rock sound. Edges can be softer, here and there, but generally speaking they go for the jugular. They come across like The Distillers and Royal Blood had a lovechild raised by Joan Jett. So, it’s no wonder they’ve been making waves in the rock underground. Tours with Blues Pills, Garbage, and Skunk Anansie have brought them to much wider attention, and their debut album Glitter and Spit looks set to propel them very firmly into the spotlight.

It’s a keen mix of punk attitude and bluesy riffs, and you can read my effusive review elsewhere on the site. From lead singles “Lara” and “The Rush” to more considered numbers like “The Chief” and “Hurt”, it’s an absolutely astounding debut album. Self-assured, and bigger than the sum of its influences, it’s a definitive statement. But, if you don’t believe everything the critics say, you can see what the girls had to say for themselves when we interviewed them.

The album Glitter and Spit dropped on February 23rd, 2018 via Double Bang Records. 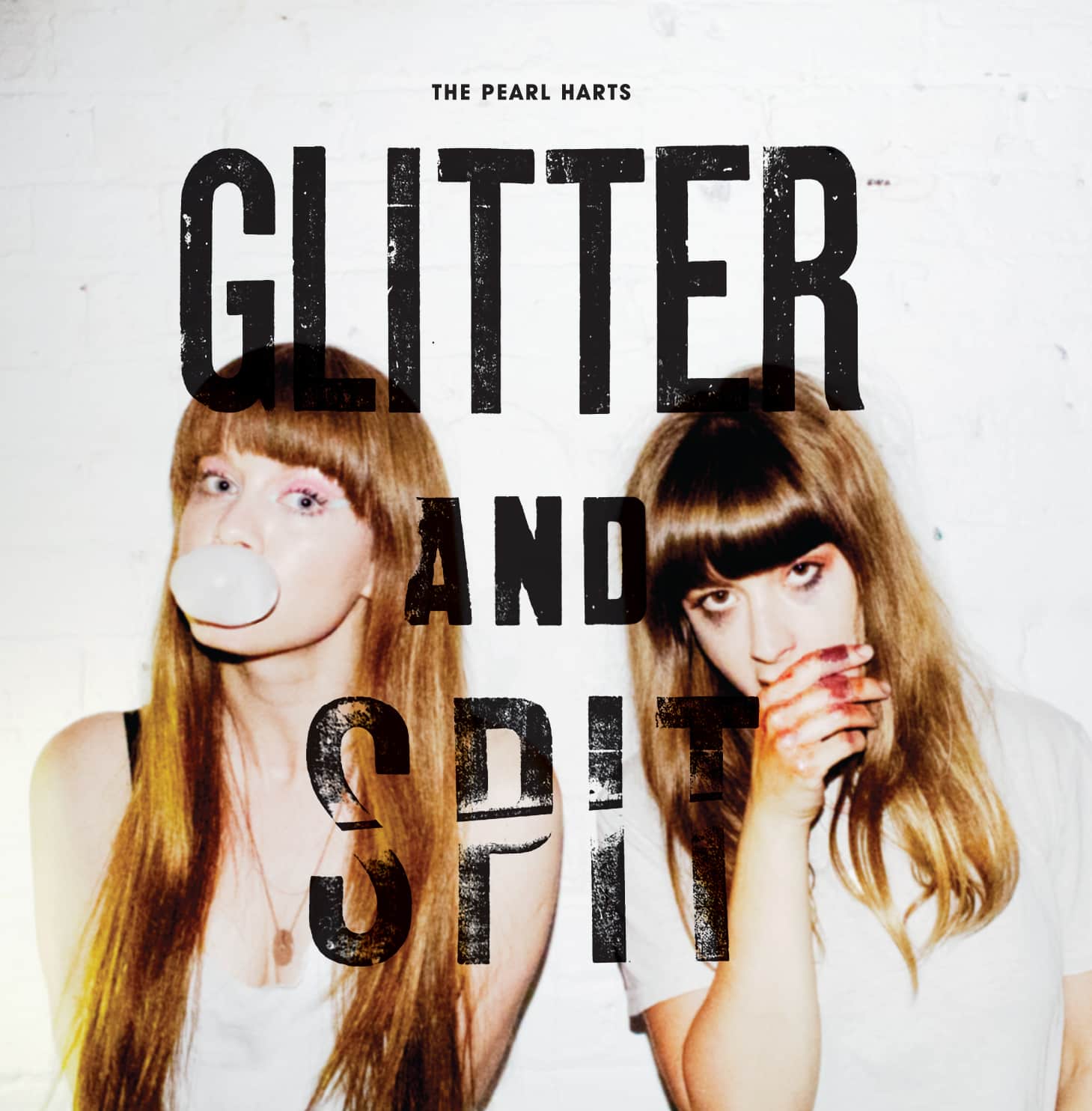 What was the inspiration behind the name “Glitter and Spit” for the album?
Sara Leigh Shaw: We liked the idea of an album title and cover that reflected duality – almost like a “Yin and Yang” kind of idea. As a duo, we are like a carefully balanced set of scales. We also wanted it to reflect ourselves as women in rock – the idea that we can rock out and be pure hell raisers but that we also have our softer side. We wanted Glitter and Spit to represent all aspects of ourselves and the personality of the band.

Who, or what, was the key influence behind Lara? Do you know anyone like her, or is she someone you’d like to meet?
Sara Leigh Shaw: Lara is actually one of our best friends – someone who we play music with. She is a free spirit, amazing singer and one of the funnest women we know.

What made you decide to form a duo, and might you ever consider expanding beyond it?
Sara Leigh Shaw: Kirsty and I were in different projects together previous to The Pearl Harts, but we found a bond together and we loved heavier music, the duo wasn’t formed out of design it was out of finding each other. We just thought, let’s just try it! We were keen to make music and didn’t want anything or anyone to hold us back, we play music so well together and there is an unspoken understanding there. We would never rule out expanding it – we had two friends of ours join us on stage at our recent London show and that was good fun – maybe one day in the future we will expand for special occasions, but at the moment we are happy just the two of us.

You’ve played with Blues Pills, and with Skunk Anansie, both bands with iconic female singers. Which female musicians (dead or alive) would you most like to share a stage with on your absolute dream tour?
Sara Leigh Shaw: I mean there have been most already! Elin Larsson, Skin and Shirley Manson we have toured with and they have all been mega supportive, even after the tour has been completed. We love Brody Dalle, Patti Smith, and PJ Harvey.

If someone could look into your soul, which 5 songs, albums, or artists would they find there?
Sara Leigh Shaw: Wow, that’s a hard one – maybe something that looks a little like this?

Okay, so we’ve managed to sway you with our words. Now, let the ladies crush things with their tunes.