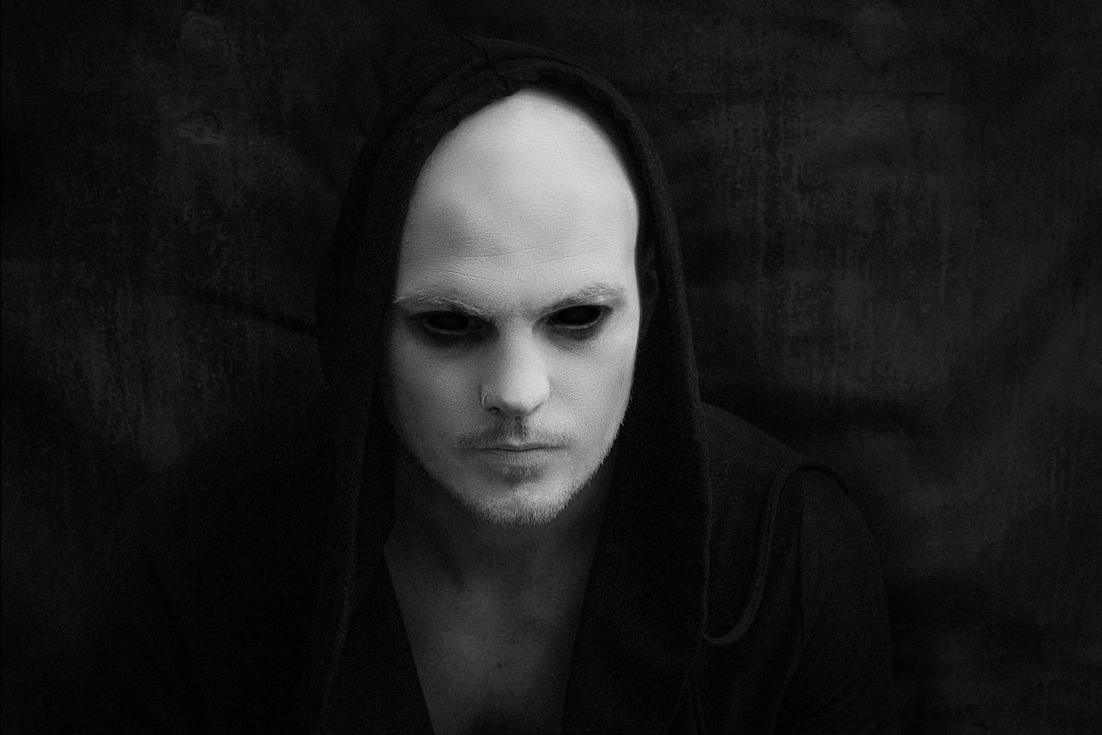 The Dank Dark is an extreme metal project from the depths of the mind of a certain Charlie Biles. Having heard his recently released track, “What I Am”, we sat down with Charlie to discuss black metal, the music industry and much more.

Thanks for your time, so could you tell our readers briefly who The Dank Dark is?
Charlie Biles: The idea behind the project is a play on the theory of original sin, the story of Adam & Eve, and how that is why humankind suffers and eventually withers and dies. The Dank Dark is a fictitious being and the result of original sin, influencing the human mind and the source of all we suffer. Sunday listening stuff.

The project has just released a new track “What I Am”. How did the project come about and what did you want to achieve with it?
Charlie: I’ve had a mixed musical interest and output. I got into production through Drum ‘n’ Bass/Electro/House but have moved back to my roots in metal over the last five years and re-found my love for playing guitar (meticulous metronome work, much to the pain of others in ear range).

But I think the project came from a want to output creatively. It’s an important part of humanity and our wiring. I’ve also delved into a lot of philosophy/psychology and how the mind works. A lot of the songs I have are about our natural negative bias and The Dank Dark idea sprung from that. A heaviness we all lug around with us. Maybe I’ve just read Phillip Pullman‘s His Dark Materials” trilogy too many times?

What are your plans going forward in terms of new material and taking the project out into the live environment?
Charlie: I aim to release a track every 4-6 weeks, a new cheery tune entitled “Internal Winter” is set for the first week of May. Felt like a good fit going into summer here in the UK.

Live’s a tough one. As I’m writing, playing, producing, mixing, blah blah everything myself, it’s completely solitary. I think if people show enough interest and I find a drummer who’s interested, we could probably put something together as a two piece to test it out. I’d have to work on holding up the vocals up for a set. I’m better at production than the actual vocals. If that makes sense.

As it’s currently a solo project, what is the writing process like? Do you like the freedom of being able to write as and when an idea hits you?
Charlie: I store a lot of ideas away. Whenever I hear something I like or just something that materialises from these organic algorithms we all have, I write it down. From a musical side, I always start with a direction or track idea that is derived from someone else. Magpie style. Then I often spend some time improvising out from there. If I get stuck I’ll take a break and write further in my head or go back to the original inspiration track. “What I Am” started from listening to Meshuggah.

My vocal writing is all formed through rhythm and pitched sound in my head. I have about six other tracks written this way without actual lyrics. Grunt Metal.

Do you think the ability for bands to be able to write and release as and when it suits them is a good thing for both bands or fans as well as musicians like yourself?
Charlie: It’s great that people can create art and distribute it globally with ease and minimal expense, but the challenge is still winning opportunities to promote and connect. We live in an age of distraction and music has greater competition now with other richer media sources. This project is still in its infancy and I know it will take a lot of time to build out. But I believe that as long as people are creating because they are driven by the need to create, as opposed to some narcissistic fantasy, you continue to stay inspired through any setbacks.

You cite established bands like Behemoth as influences, what about new bands – is there anybody who has caught your eye?
Charlie: I think the bigger acts are easier to associate with and others can relate to them easily. So that’s why I used those. But I dig a lot of new stuff and probably listen to that more frequently. Bands like Aevangelist are a fierce outlet and have been churning out great records over the last few years. I love a lot the Deathcore style and new age metal too. Slaughter To Prevail, Thy Art Is Murder, The Faceless, Fit For An Autopsy, This Is Turin etc.

Certain bands in the genre, namely Marduk and Watain have come under fire recently for their alleged connections with some fairly dubious groups. What is take on what has been happening?
Charlie: A lot of it seems to be gossip (that’s a metal saying, right?!) from what I see. People creating stories. There is some history of extremist views connected with Black Metal, but unfortunately, you will find that in any walk of life.

The black metal genre as a whole came to notoriety in the ’90s, have you ever had any negative feedback because of the genre of music you play?
Charlie: Not yet, but it’s still early days. Maybe one day I’ll be fortunate enough to have the Westboro Baptist Church outside my house. But to be completely honest, I don’t think my music sits in that bracket so well. It’s more an amalgamation of styles by accident, Black Metal being one of them. I also don’t think people take the genre so seriously anymore. I think a lot of the notorious parts of Black Metal’s birth came from teenagers trying to find a place in the world, an identity for the human ego. It all got a bit heated (yes, that is a pun on church burning). Most those people who are still about today must see the world very differently to the 90s. You change through your 20s (and probably 30s).

What is it that excites you about the black metal / extreme genre?
Charlie: I love the variety of the genre and really I enjoy the discordant harmony of the music. The shifting keys, diminished scales, and general tonality creates this beautiful tension that gives me feels in music.

If you had to pick five albums to introduce music fans to the extreme metal genre, what would you pick and why?
Charlie: Hard to narrow to five, but I’d probably go with these to show some breadth of the genre.

Thanks for your time, what are your plans for the rest of 2018?
Charlie: Releasing music, spewing more gloom. 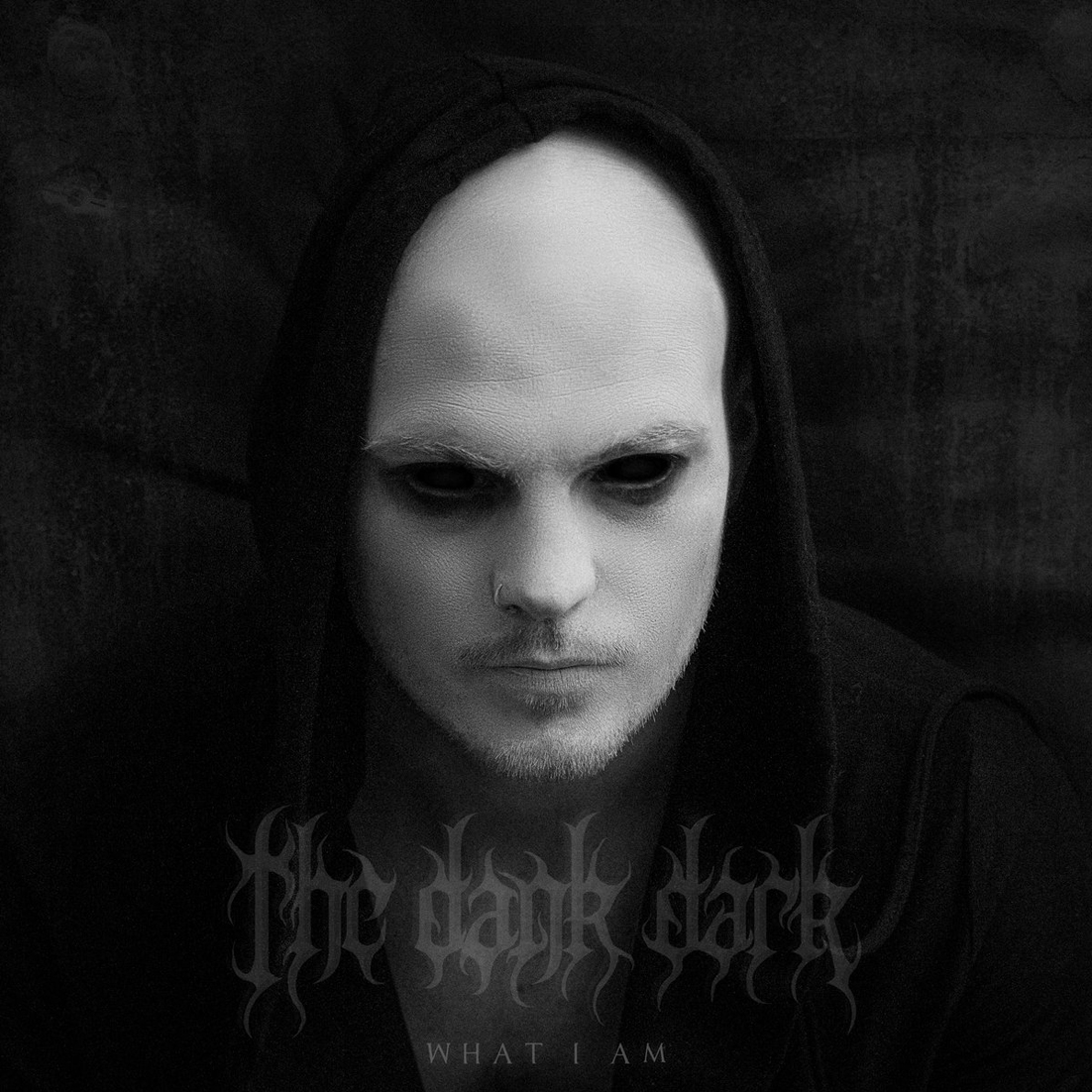