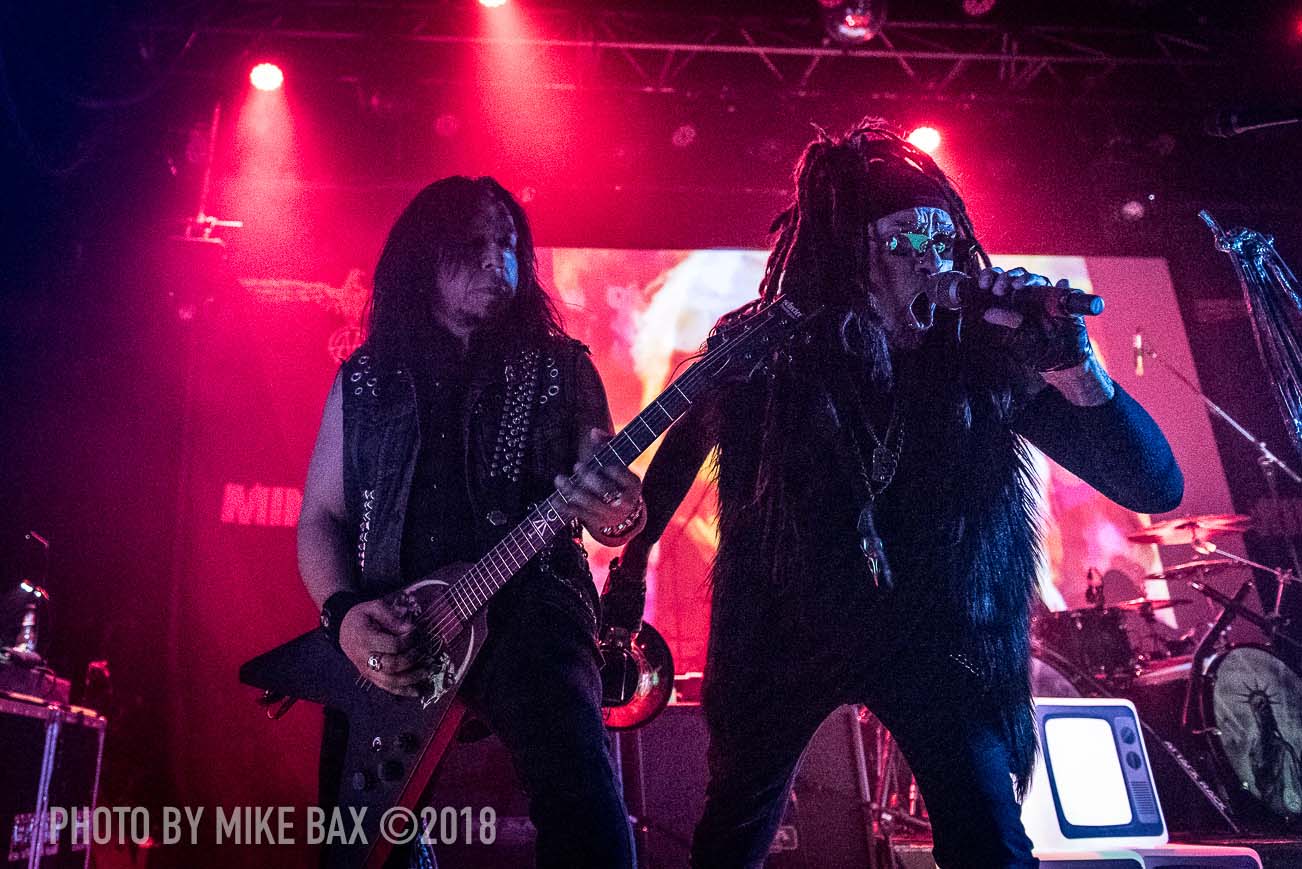 This evening’s Ministry show was the first evening on the entire AmeriKKKant tour to sell out. People were begging for tickets and a venue change for months leading up to the evening. Thanks to a full day of the worst freezing rain/ice storm Toronto has seen in a while, fans who lived out of town were actively trying to get rid of their tickets in the hours leading up to the show in an attempt to avoid the treacherous drive to The Opera House. It took me much longer than expected to get to the venue, and I wound up only seeing the final song by The God Bombs, a Ministry cover of “Flashback” that I kind of wish I hadn’t seen.

Finally getting to see Chelsea Wolfe was epic. I wasn’t sure her doom-meets-death music would accompany Ministry well, their musical styles being so different. Al Jourgensen himself has spoken numerous times over the past few months about this tour, and his excitement to have Chelsea Wolfe accompanying him for the entire trek. As the band worked their way through tracks like “Spun,” “Vex,” “16 Psyche” and “Scrape,” it was clear we were all bearing witness to something truly mystical this evening. Slow, grinding moodiness rife with Wolfe’s howling vocals washed over the Toronto crowd, winning the audience over with each passing song.

Check out Chelsea Wolfe’s video for their single “16 Psyche”.

A friend had told me that she found Chelsea Wolfe’s performance somewhat boring, stating that Wolfe didn’t move around much. I stared at the insanely high heeled boots she was wearing as I photographed her up front and felt amazed that she could even stand up in them, let alone perform wearing them. They had to be six inches high, possibly more. The band performed with almost no front lighting on them whatsoever, so my apologies here for my mediocre photographs. They capture the mood of the group’s presentation if nothing else.

Ministry is an act known for over three decades worth of delivering an aural and visual spectacle. With giant inflatable Trump rubber chickens on either side of the stage, a myriad of skull-adorned microphone stands, and numerous glowing boxes with distressed television sets scattered about the stage, the troops took the stage performing “I Know Words,” their opening song from the recently released AmeriKKKant album.

Al Jourgensen (vocals, guitars) Sin Quirin (guitar), Cesar Soto (guitar), Tony Campos (bass), John Bechdel (keyboards), Derek Abrams (drums), DJ Swamp (live scratcher) and guest vocalist Burton C. Bell filled up every inch of the Opera House stage this evening. Abrams performed with Bechdel and Swamp on either side of him, with everyone else filling up the front of the stage area. Bell came out for an assortment of songs (like “Victims of a Clown” and “We’re Tired of It”) and raged into the microphone along with Ministry mastermind Al Jourgensen. 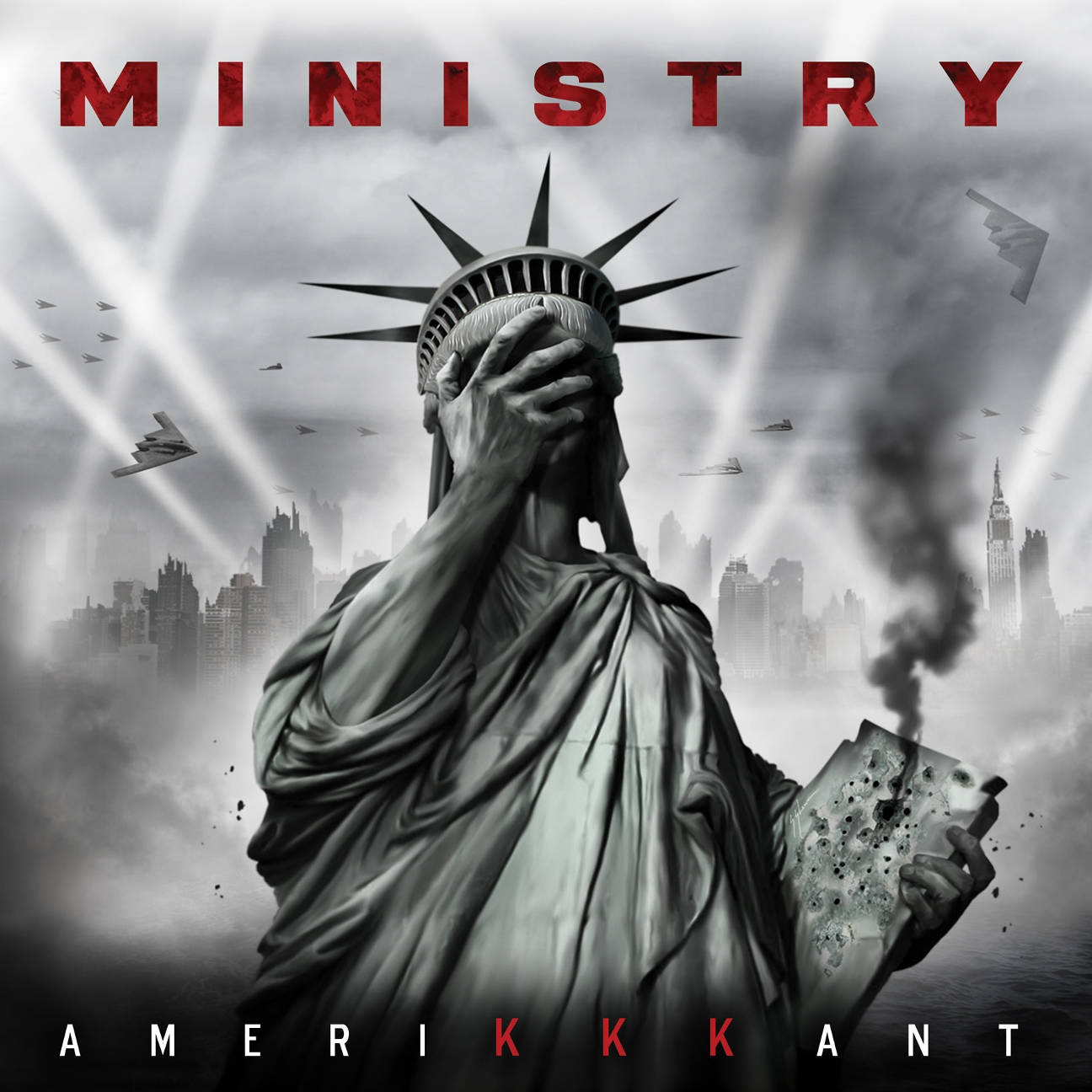 I heard a few people commenting that the new Ministry album doesn’t sound like the old Ministry stuff. I 100% disagree. Some of the songs on AmiriKKKant throw back to Rape and Honey, and a couple reach even further back into the mid-eighties than that seminal album. What came across this evening was that Ministry SOUND good. Even if fans want to bellyache about the material the band is performing, this was one of the best-sounding Ministry shows I’ve seen (and I have seen a bunch over the years). This was also one of the smallest venues I have seen Ministry in since maybe the Mind Is A Terrible Thing To Taste tour that hit Club RPM back in the early 1990s.

The final fourty minutes of this evening went off with songs like “Just One Fix,” “N.W.O.,” “Thieves,” “So What,” “Bad Blood,” “Filth Pig,” “Psalm 69,” and “Khyber Pass.” There was nothing to piss and moan about tonight – Ministry delivered the goods. The litany of comical messages and video montages as the band performed were as entertaining as always. Al was in a cheerful mood. I left the venue happy with what I’d seen this evening (and then spent 30 minutes chipping ice and frozen sleet off of my car and went home).