Slam Dunk Festival organisers have announced that Watford mob Lower Than Atlantis, emo icons Say Anything, Chicago favourites Homesafe and easycore heroes Me Vs. Hero will join the this years line-up.

As well as these new additions, Slam Dunk Festival have also announced stage splits for the May Bank Holiday weekender which can be seen in the poster below.

Mike Duce of Lower Than Atlantis says; “Slam Dunk is one of my favourite festivals in the world! The crowds are always up for a laugh and I feel like almost every band’s sets feel like a headline set. It’ll also be really nice for us to see all our mates that are in other bands. Social media content for days, a banging rock n roll show and then we make the big party!” 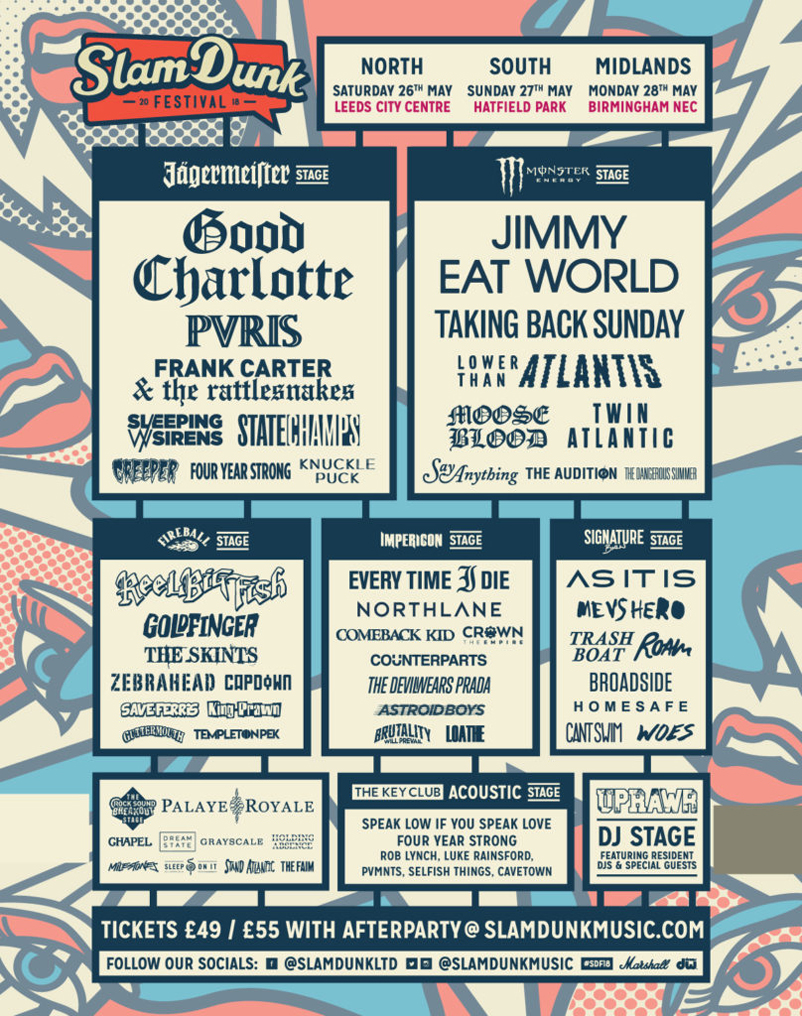