Tomorrow is Friday the 13th and crazy shit is about to happen everywhere. Well, crazy-good! Take, for instance, Dalarna, Sweden’s old-school black/death metal trio Corpsehammer and the release of their dirty new EP, Perversión — which you can pre-order as follows: USA webshop, El Salvador Webshop, and Bandcamp. The band’s third release is festering with raw production, buzzing guitars and death march-ready drumming, not to mention influences from the first wave of black metal, plus elements of late ‘80s and early ‘90s Latin American/Australian extreme scenes.

Morbid Skull Records has also taken this hideous EP and prepared a very limited edition run of blood inked cassettes. With only 99 copies available, and in 3 different colors – black, gold and silver – collectors are going to want to grab a copy ASAP!

Commenting on the new album and release thereof, the band collectively left us with these words:

“‘Perversión’ is the third part of the triology that started with ‘Sacrilegio’ and continued with ‘Posesión’. It has its own identity, but still the filthy, furious old black/death metal madness that is the soul of Corpsehammer. The lyrics on this EP are abstract, and by abstract we mean that there is not a specific story in each song but rather sentences and words not necessarily connected to each other but in some strange way the connect and the result was just pure fucking chaos and madness. Lyrically this beast is facing and dealing with the devil, perversion, darkness and death.” 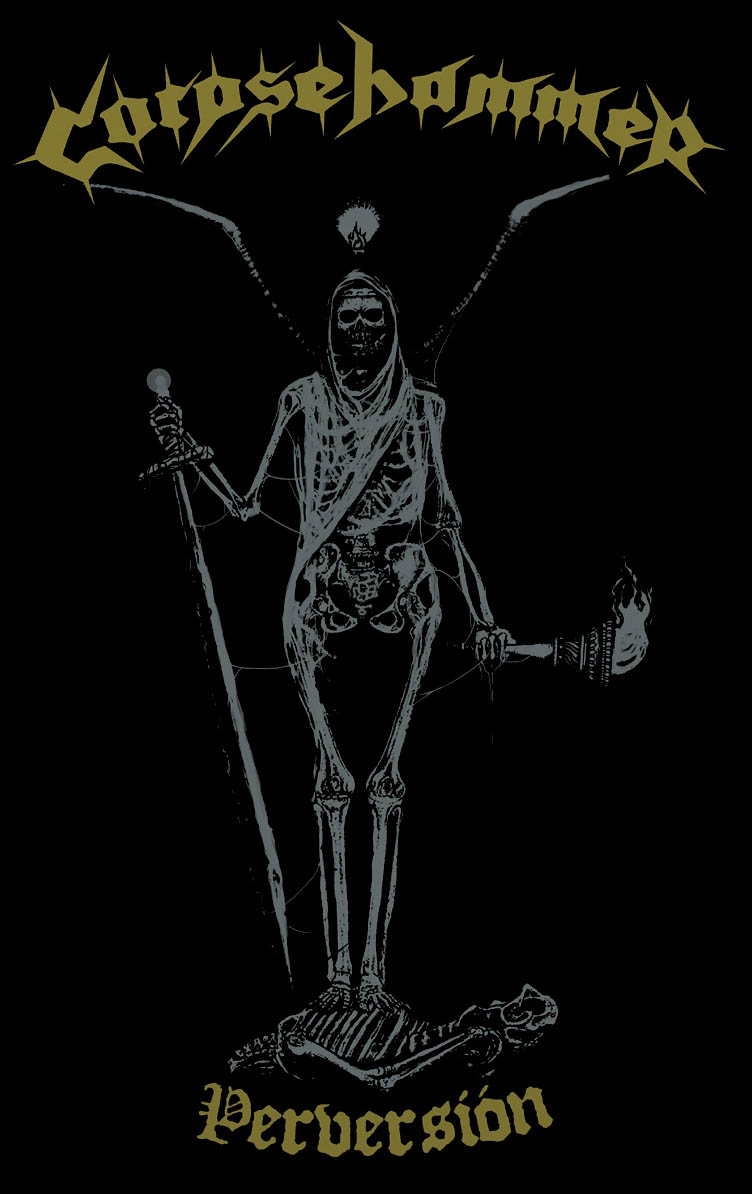