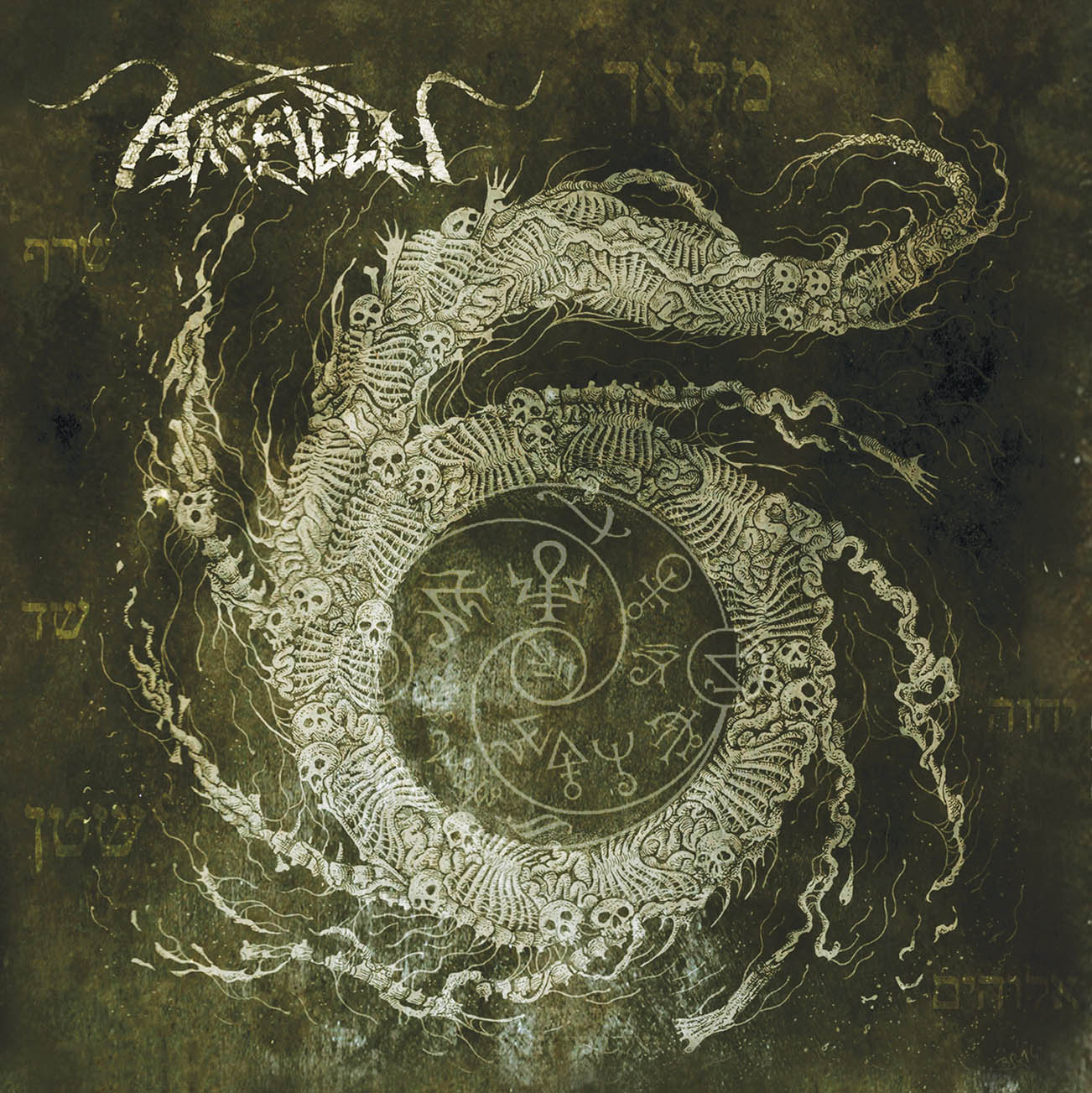 Six is the appropriately-titled sixth release from the Israeli extreme metal act, ARALLU. I was only recently turned onto these guys, so I am late to the party, but I immediately became a fan. Their mixture of Middle Eastern riffs, leads, and native instruments such as the saz (a family of plucked string instruments & long-necked lutes) and the darbuka (a goblet-shaped hand drum), combined with the unearthly guttural growls of vocalist Butchered, is quite unique and totally listenable.

While not new to the Middle Eastern metal vibe — I have been a fan of Melechesh for some time now — I was unaware that there were any other bands of this caliber floating around the Holy City; though the men in ARALLU are no longer Israeli residents. Man, was I wrong! ARALLU is a multifaceted, multi-horned beast straight out of the middle eastern desert that will grab you by the throat and not let go until it has had it’s way with you. The tight, razor-sharp riffs slice though sandstorms, pummeling the listener with a ferocity and intensity that will rattle your senses yet have you begging for more. This is brutal music, folks, but with so many dimensions it works much better than a lot of other extreme metal I have previously heard.

Lead track “Desert Moonlight Spells” opens the disc and, for the next forty-two minutes, there is virtually no reprieve from the metallic onslaught; it just keeps coming. I find it hard to comprehend that this kind of music can grow out of the Holy City but, as they say, the proof is in the pudding. Six kicks some serious ass and ought to be heard by fans of extreme metal.

Check out the band’s video for the single “Adonay” here.