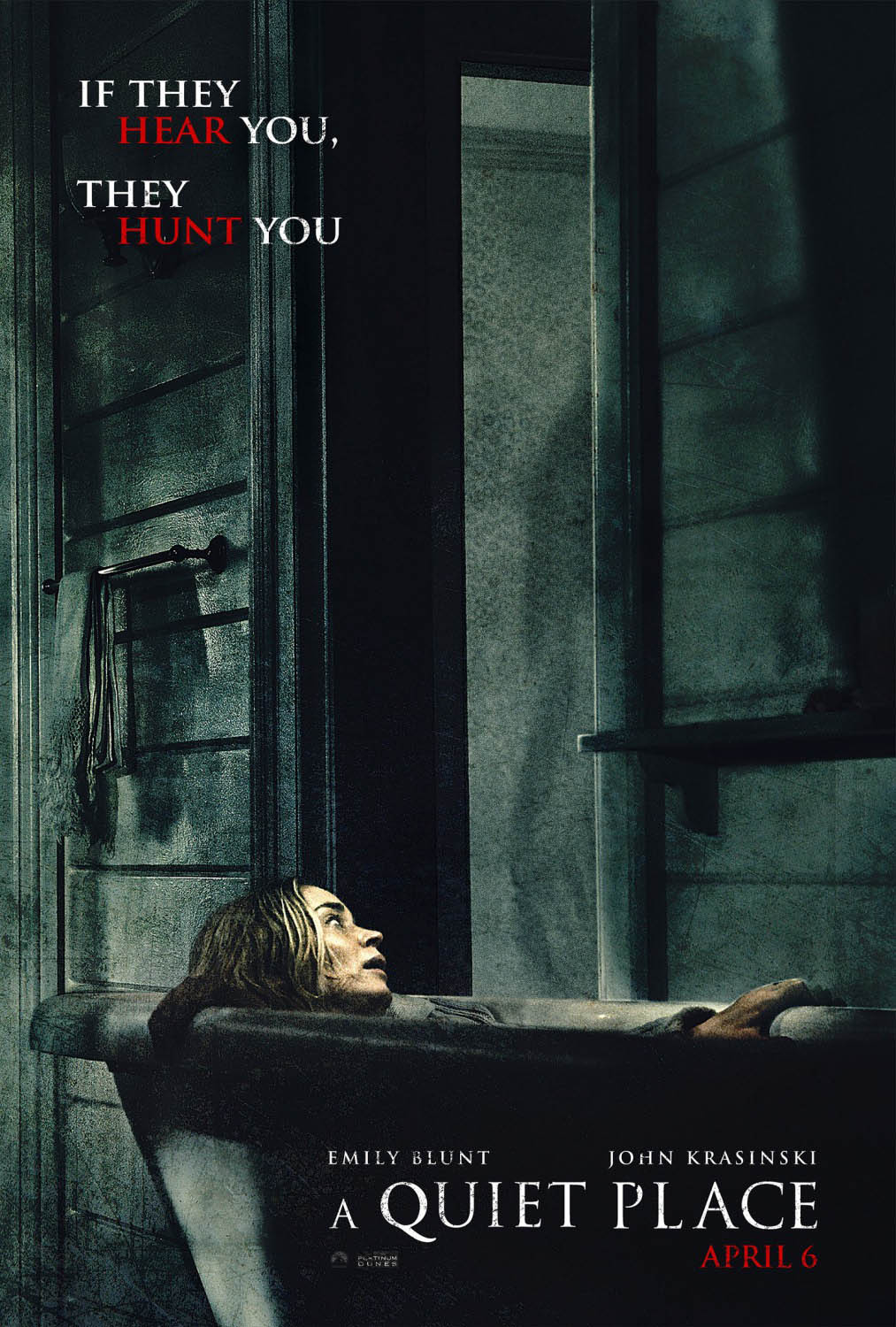 Whenever you hear the name, John Krasinski, it would be natural for you to think of, among other movies and shows, his longtime role as Jim Halpert on the NBC TV series The Office. Well, quirky comedy be damned, Krasinski has stepped into a new light with his hit horror flick A Quiet Place, which also sees him doubling down as an actor, script writer, and director.

The movie takes place in a post-apocalyptic era, though it’s never quite explained what transpired and why the world is the way it is. That said, within minutes of the film starting, the audience is quickly shown both how the world now works, and who each character is. Krasinski plays “Lee Abbott”, though in the film each character goes unnamed. Emily Blunt (the wife of Krasinski) plays “Evelyn Abbott”, and their kids are played by Noah Jupe (known for his roles in Suburbicon and Wonder), Millicent Simmonds (Wonderstruck), and Cade Woodward.

The film’s hook is creative; everyday sounds are what get one hunted in this new world, hunted by a creature that is deemed to be indestructible. Many of the scenes see the family tiptoeing around, doing their day-to-day activities (laundry, fishing, getting medicine) but in silence. They have clearly adapted to this new silent world and know what would transpire should a mistake be made.

From here, time skips forward a year and Blunt’s character is now pregnant, tackling her last few days of pregnancy before she endures labour in a world where no noise is to be made. All characters are put to the no-sound test, as is the audience. A Quiet Place is full of nail-biting, nerve-tingling tension. The perfect combo for a horror film. Who would have thought that a comedic actor had the potential to write, direct and act in such a superb horror film?

Check out a A Quiet Place official movie trailer