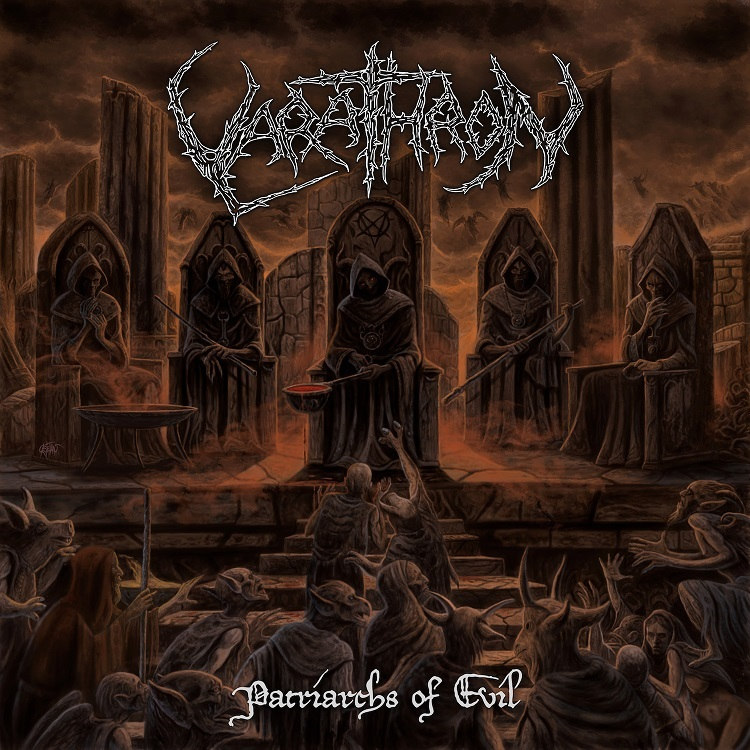 Patriarchs of Evil, Varathron’s latest full-length album, is another great release from the legendary black metal band. Hailing from Greece, with a style that incorporates old first wave elements such as trad. metal and thrash metal more ubiquitously, Patriarchs of Evil may see the band making a genuine renaissance late in their careers. The group’s classic release, His Majesty at the Swamp, finally has a successor to bridge the band’s underrated but legendary status as Greek black metal’s preeminent practitioner.

Still, with all the hype centered on metal’s more controversial acts, it’s possible Patriarchs of Evil will fly under the radar in spite of its obviously high aesthetic quality. Perhaps in line as one of the best underground releases this year, Varathron’s newest offering stays true to its roots while expanding its sound, all the while never selling out to major label sales and marketing gimmicks of which even the most vaunted metal acts are occasionally guilty.

The songwriting and musicianship are what takes center stage on Patriarchs of Evil, as the songs really feel organic and superbly-written. The keyboards perfectly accentuate the riffs, and the rung notes and main riffs are artfully aligned as they transition into passages that are easy to both admire and enjoy. The melodies are quite original and the trad metal and thrash elements help bring out he Greek black metal roots closely succeeding that of first wave black metal in the ‘80s.

I can’t think of an aspect of this album worth criticizing, and if you’re a fan of the band, you’re encouraged to experience the act at its creative peak. There may never be another His Majesty at the Swamp, but Patriarchs of Evil may just be the next best thing in the band’s impressive discography.

Be sure to whet your appetite for Patriarchs of Evil with the official album trailer.