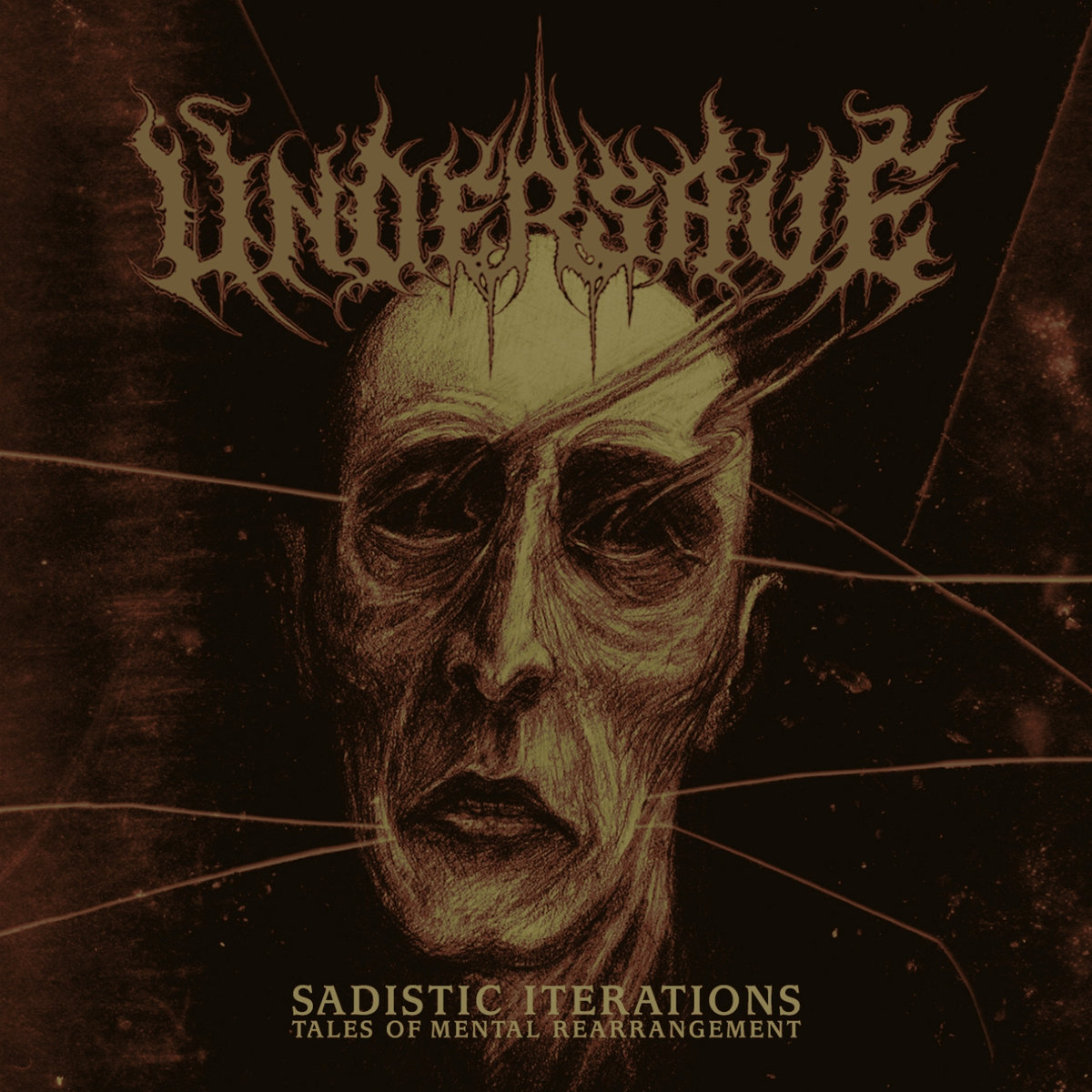 Undersave provide straight up brutal death metal without many frills in Sadistic Iterations… Tales of Mental Rearrangement. Across six lengthy tracks (both in duration and title), you’ll be forced to sit through some devastatingly brutal stuff without so much as a breather to look forward to.

For fans of the most brutal death metal, there is a lot to enjoy about Undersave’s latest. It’s fast, stupidly heavy and never lets up, even for a second. You won’t notice any particular differences from “Grant Courage to This Man Who is About to Die”, right through to “Head Up High, Persist and Be Smashed”, but this isn’t necessarily a bad thing. While there isn’t much in the ways of experimentation to be found, Sadistic Iterations… Tales of Mental Rearrangement does what it set out to do well enough. It wants to rip your head off and does so accordingly.

The thunderous sound of relentless double-bass pedaling and rumbling bass guitar is present throughout proceedings, nestling nicely alongside plenty of brutally fast riffs, guitar solos, and pitch-harmonics. The vocals, however, are a little strange. The deep, guttural death growls are fine, but there is little in the way of variation. When the vocal delivery does alter, you understand why. The high pitched screams are weak and the pig squeals just aren’t performed well at all – in fact, it comes across as comical whenever these high pitched… noises turn up. It’s a shame, as the music is decent, if unspectacular.

The riffs are brutally fast, yes, but there is little to no groove to them. You likely won’t remember the vast majority of Sadistic Iterations… Tales of Mental Rearrangement. Even after a few listens, it doesn’t build on its first impressions. There are some cool moments scattered throughout the unnecessary length of each track. Towards the conclusion of “Grant Courage to This Man Who is About to Die”, for example, the song slows and lets some atmosphere seep into proceedings. Moments like these do appear fleetingly, but with tracks as long as 8:41 here, it’s understandable that the listener would want a lot more in the way of experimentation and atmospherics. The music contains little progression and it doesn’t need to be stretched out to over eight minutes; you could go in and cut two minutes from each track and the record would be tighter and more enjoyable, without missing anything noteworthy.

Undersave’s brand of death metal is decent, built around blistering pace and thundering ferocity, but it lacks in any worthwhile experimentation or progression. There is no reason for each track to be as long as they are, and the whole thing becomes something of a chore to get through despite all the good intentions of the record. If Undersave were to follow up Sadistic Iterations… Tales of Mental Rearrangement with something leaner, tighter and a touch more experimental, then they could be onto a good thing.

01. Grant Courage to This Man Who is About to Die
02. Press With Both Hands Hold Your Breath and Collapse
03. Peacefully Floating in the Prosperous Abyss
04. He Promised You He’d Be Brief
05. Hereditary Condemnation Through Immunity
06. Head Up High, Persist and Be Smashed

Check out the entire Sadistic Iterations… Tales of Mental Rearrangement album stream below.