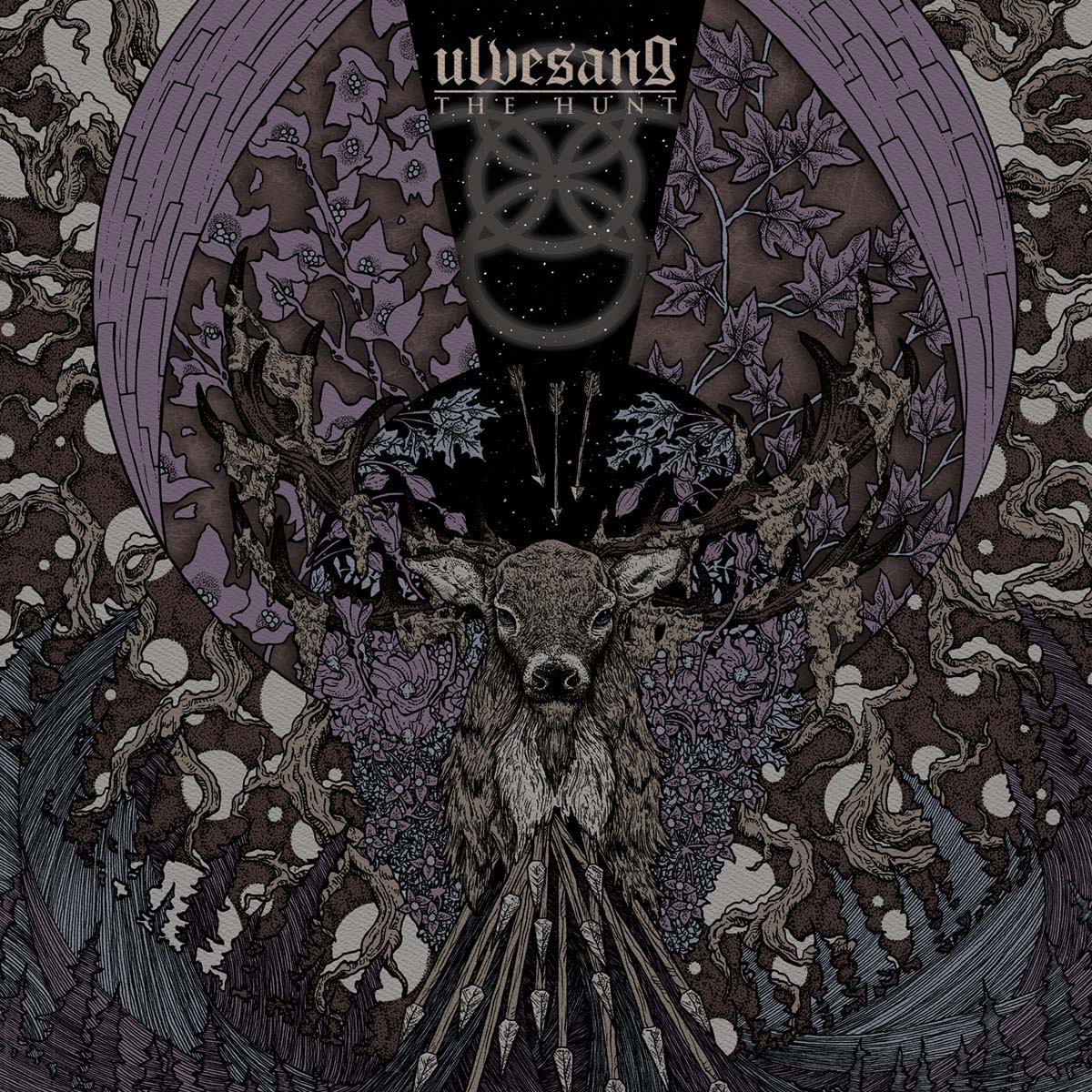 Folk music speaks to the primal creature within us. Whether it’s a call to dance, to celebrate the rising of the sun in springtime, or the darker tones of neofolk warning of the dangers in the forest, it stirs something deep within us. Something that may not be altogether human. Your personal mileage on that may vary, but it’s certainly true of the music of Ulvesang, a neofolk duo from Nova Scotia. Their first, self-titled album is one of the best pieces of folk music in recent memory: a near-perfect feast of haunting atmospheres and evocative soundscapes. Rumours swirled of a follow-up and, at long last, The Hunt has arrived.

Thanks to subtly different tuning, it is instantly a much brighter sounding album than its darker, more brooding predecessor. That said, it still retains the brilliantly evocative atmospheres of their debut, which invokes deep introspection in the listener. This is mainly done by use of male vocal harmonic loops and a singing bowl, as well as a glockenspiel, all of which are threaded through intricate guitar playing. Both Ana Dujakovic and Alex Boyd are excellent guitarists, and their chemistry is palpable – just listen to the opening bars of “The Dance” if you don’t believe me. Alex’s use of his vocals, and of the bodhran drum, lends the song an air of a tribal dance. Perhaps it is the dance of villagers grateful to the woods for a bounteous gift. It may be the dance of woodland sprites as dusk falls. Whatever it is about, it is hard to resist the temptation to dance yourself as the guitars play off each other.

Such is my interpretation, and it is worth pointing out that thematically-speaking, The Hunt is a concept album. Although the listener is free to imagine their own version of the story, the album is telling, there is one penned on the album’s Bandcamp page. It is the story of hunters, chasing down a woodland creature, and the emotions that such an act evokes. Going from the adrenaline rush of “The Dance” through the drama of “The Hunt” itself, to the regret evoked in “The Gloom”, the listener is taken through the hunter’s mind and soul by the music. After the “Invocation”, the first trio takes listeners through a shamanic ritual of sorts, one undertaken to ensure a successful hunt. Through deft, sparing use of a glockenspiel, “The End” brings with it the sense of nervousness, a real feeling of self-awareness: you can almost taste the excitement in the other hunters.

The next trio is the hunt itself, starting with the title track. The menacing bassline, which begins at the 3:45 mark, readily evokes the hunters stalking their prey through the trees. This feeds into “The Break” and “The Run”, which have a cinematic feel: the killing of the creature undertaken in slow-motion, and the aftermath. The songs that form the album’s denouement portray the regrets of the huntsmen as they deal with the implications of their actions, feeling the judgment of the forest spirits mingle with the pride of their ancestors borne on the whispers of the wind. The immediacy and urgency in the guitars towards the end of “The Truth” really bring home the twisting, conflicting feelings of the hunters. Proud they may be in their hunting prowess, and for their own needs it might have been, but they have still taken a life. Was it necessary? Was it right? These questions play on their minds, and on those of the listener. We are invited to think upon our actions as consumers, as modern-day hunters.

That said, there is no moral judgment here, merely an invitation to pensive reflection via musical storytelling. The atmosphere, created by the effects layered over the intricate guitar work, seamlessly evokes those feelings of meditative thoughtfulness best brought out by being connected with nature and the world around us. The guitar work itself pushes the story along, as it were, with dramatic flourishes at the end of “The Truth” mimicking those of “The Trial” and “The Dance”. All together, they create a musical story well worth digesting.

Ulvesang’s first album is almost perfect in its display of pensive, brooding neofolk, and it’s safe to say that The Hunt is equally brilliant. It may sound brighter, but it feels just as deep, just as brooding, and just as intense a listen. The excellent musicianship and tight chemistry on display make for a brilliant listening experience which grips listeners from first to last.

Arm yourself now because you’re about toe embark on The Hunt.