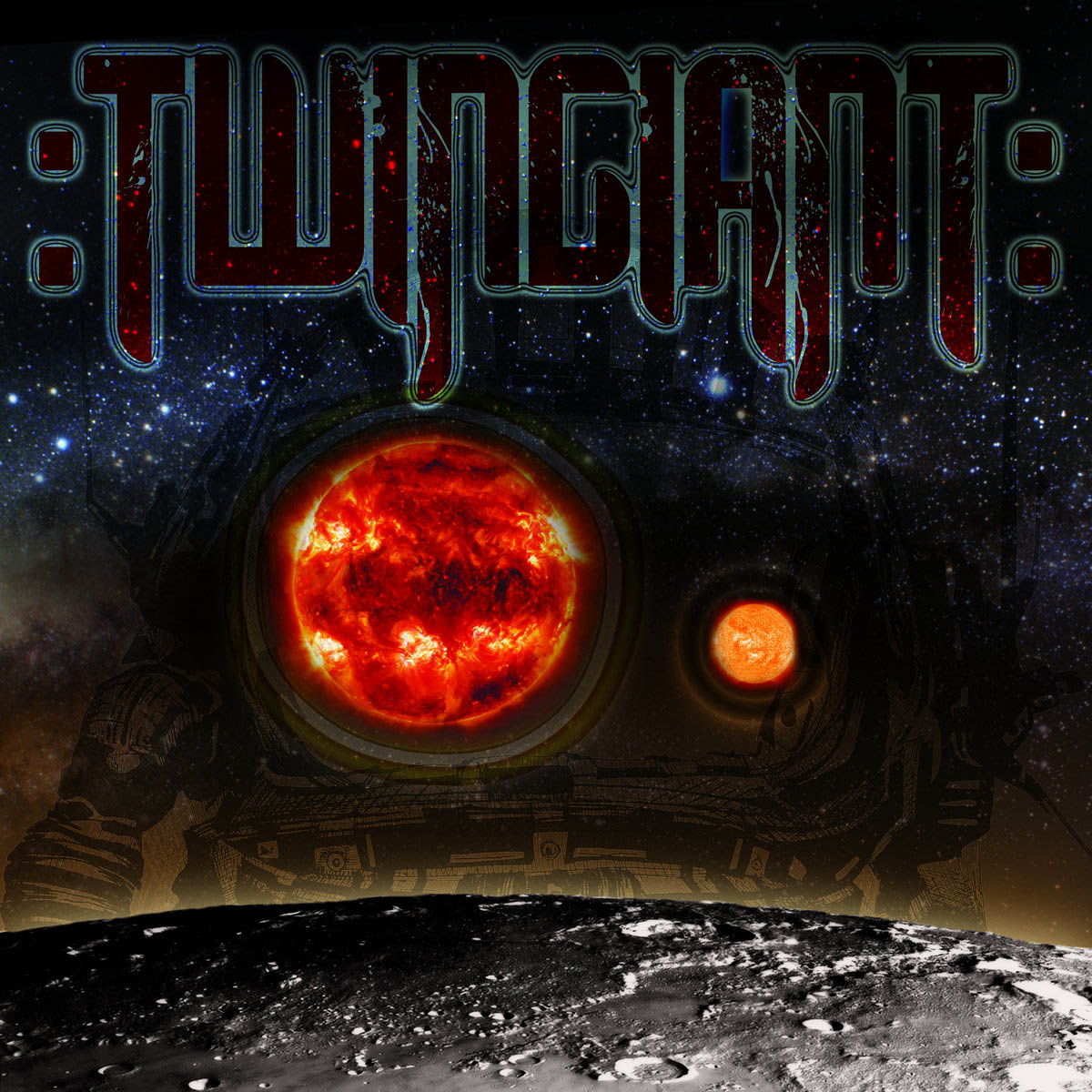 Twingiant, fresh from releasing their latest album Blood Feud last year, have returned with a re-release of their debut Mass Driver. In my review of Blood Feud last year, I argued that it was a fine album, filled with plenty of low and slow grooves: “Through eight well-seasoned tracks dripping in smoky juices of psychedelic effects and crunchy grooves, Blood Feud is an awesome accompaniment to any barbecue.”

Is Mass Driver as good an accompaniment to any barbecue as Blood Feud? To put it simply, no. Mass Driver is not as accomplished as Blood Feud. The riffs are more untidy, the grooves not as prevalent, and it is altogether not as much fun to listen to.

In the record’s defence, however, tracks such as “Burn it Through”, “Adrift in Space” and “Pale Blue Dot” feature plenty of groove and are each built around strong central riffs. These are fun songs and provide plenty of the low and slow goodness found in Blood Feud. Indeed, “Pale Blue Dot” in particular is a great track. It’s one of the heftier off the record (both in length and heaviness), building as it goes along at a steady pace into something memorable. It’s a shame that the rest of the album isn’t up to the same standard. It’s a heavy release, but not a particularly entertaining one thanks to a sadly largely one-note sound. The vocals play a big role in this. The deep guttural roars are decent, but there is little in the ways of variation. It’s an area that has been improved upon since, but one that still needs some work.

Unfortunately, Mass Driver isn’t a particularly interesting recording. There is little in the way of experimentation track-to-track. “Pale Blue Dot” features cool use of psychedelic atmospherics that add another layer to the group’s sound, but these do not turn up often enough throughout. Ultimately, Mass Driver is a little boring. The riffs are never quite strong enough to pull the album over the line into something good. We are treated to the odd cool bit of atmosphere and moment, sure, as in towards the end of “Awake in the Hull” and the consistently excellent guitar solos, but these are but glimpses as to what could have been. The progressive and psychedelic elements in Mass Driver showcase a side to Twingiant that has been expanded upon since. It’s all a touch raw and flat here.

Mass Driver plays as a band still finding their feet. Twingiant’s sound is bigger and bolder nowadays, while still retaining the low and slow riffs, although with tighter delivery and a touch more menace. Mass Driver isn’t bad, but I would recommend Twingiant’s newer material over it. that said, while not as good as Twingiant’s latest, those looking for something to play over a big barbecue bash could do a lot worse than having Mass Driver in the playlist.