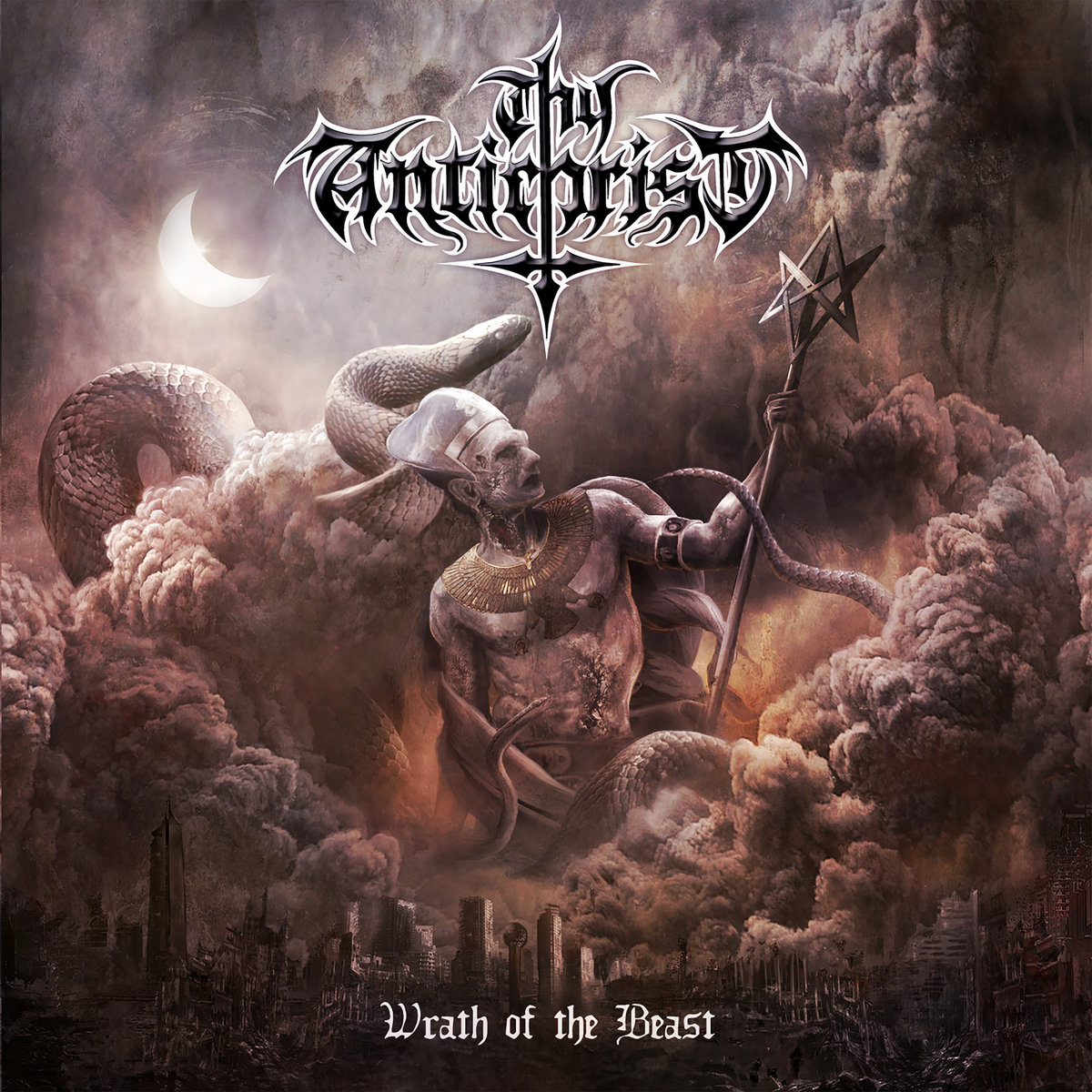 Thy Antichrist – “Wrath of the Beast” [Album Review]

In the interests of full disclosure, I must admit my looking forward to this album stemmed from the wrong reasons: instead of building up anticipation based on the fourteen years since Thy Antichrist’s last full-length release (Wicked Testimonies), I’ve been basing all my expectations on visuals: old music videos, like “Where is Your God” or “Between God and the Devil”, the incredible dedication to body corpsepaint displayed by frontman/founder Antichrist 666 (aka Andres Vargas) on the band’s Instagram feed and more recently, the gorgeous album artwork for Wrath of the Beast.

Thankfully, this journalistic faux pas becomes forgivable once the music takes hold: as could be expected from prior EP and compilation releases, Thy Antichrist is a slamming, thrash-based amalgamation of black and death metal elements with a serious old-school approach. If you’re unfamiliar with the group’s (admittedly small) back catalogue, expect frenetic, angry and dynamic metal that teeters closer to the edge of death than black, in the line of Enthroned or Grand Declaration of War-era Mayhem. Taking this style into account, their recent inclusion on American tour dates alongside Dark Funeral and Septicflesh makes sense, balancing out the latter’s symphonic drama with stripped-down riff-based compositions to achieve a middle ground that suits the ’90s melodic black stylings of the former.

Watch the “Between God and The Devil” video here.

Make no mistake: Wrath of the Beast is anything but a compromising, middle-ground album, though – “Walking Through the Soul”, my stand-out favourite track, easily matches anything off Dark Funeral’s Where Shadows Forever Reign in terms of varied vocal styles, crisp production and dynamic rhythm/melody contrast, and Christos Antoniou, the master of orchestration in Septicflesh, would be hard-pressed to find fault with the clean guitar lines on “A World Burnt to Ashes” or the stunning “Nightmares”. These guitar parts are what really set the album apart, though: while acoustic passages [1] are commonplace in extreme metal, Abyssus’ flamenco passages on Wrath of the Beast are a recurring theme, one that not only adds a soupçon of Latin flavour, recalling the band’s Colombian roots, but also sets a mournful tone that permeates the entire record.

Other disparate album highlights include the Aleister Crowley samples on “The Great Beast” and the non-lyrical vocal chants on the instrumental conclusion, “The Last Breath” [2], but mention must be made of “Metal to the Bone”, too: a wonderful, if slightly cheesy, throwback to ‘80s metal anthems, but in far better taste than Steel Panther’s “Death to all but Metal”. The dissonant, engulfing buildup after the acoustic introduction to “Desolation” is also a glorious, immersive experience.

Overall, Thy Antichrist are sitting on the very edge of a larger market breakthrough: their existential, psychological content – as opposed to purely irreligious or political, the popular route in black metal – combined with their more thrash-oriented tone, and coupled with a highly theatrical stageshow and unique visual presence, heralds big things for this outfit – and deservedly so. The only glaring negative criticism I have, in spite of all this, is that I find myself a touch unfulfilled, as if I expected more from Thy Antichrist – but I’ll blame that on my visual preconceptions rather than the great music they have treated me to on this album.

Heya! Check out the “The Great Beast” music video below.

Wrath of the Beast Track Listing:

01. Winterfylleth’s forthcoming album, The Harrowing of Heirdom, is set to be a fully acoustic endeavour, a fairly pioneering tactic within black metal circles.

02. The final passages of the “Neptune” movement of Gustav Holst’s The Planets suite famously utilises women’s choirs chanting non-lyrical content – generating a similar otherworldly effect to “The Last Breath”, despite just over a century separating the two compositions.