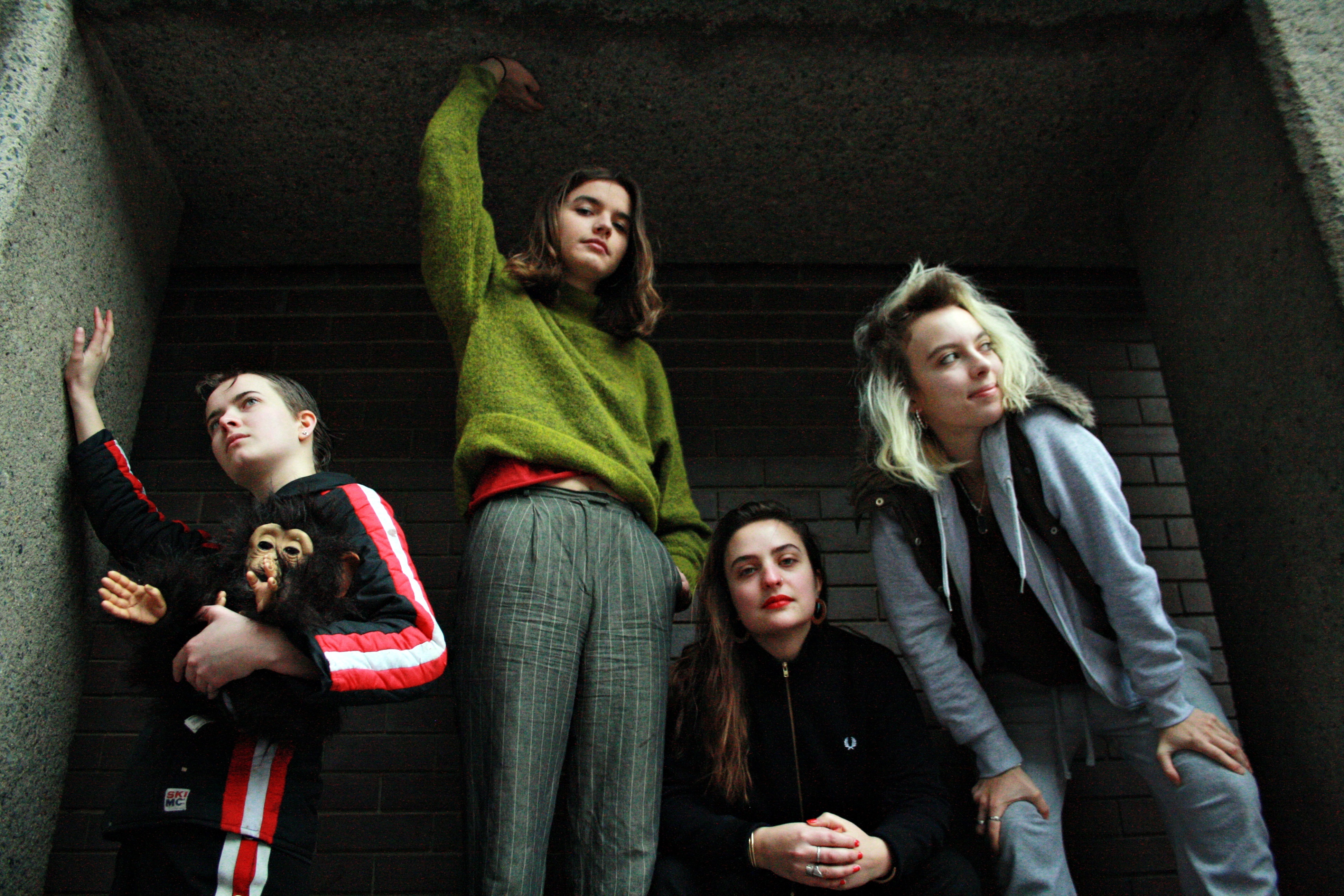 “Throw Me a Bone;” GOAT GIRL Toss You a Stream of New Track

The ‘sci-fi fusion’ band Goat Girl are set to unleash their self-titled debut album and from it is the single for “Throw Me a Bone.” The record was produced by Dan Carey (The Kills, Bat For Lashes, Franz Ferdinand) in his South London studio. This album doesn’t waste any time getting to the point, literally. It’s nineteen tracks and 40 minutes so the album is also great if you have a really short attention span!

In the words of the band, “Simply put, it’s an album that comes from growing up in London and the first-hand experience of our city’s devolution. We wanted to think of it as this place seen not necessarily just through our eyes, but someone who can’t get past the abnormalities and strange happenings that exist in our city. We think this gives the freedom lyrically and musically to explore unspoken truths and emotions that we all as humans feel.”