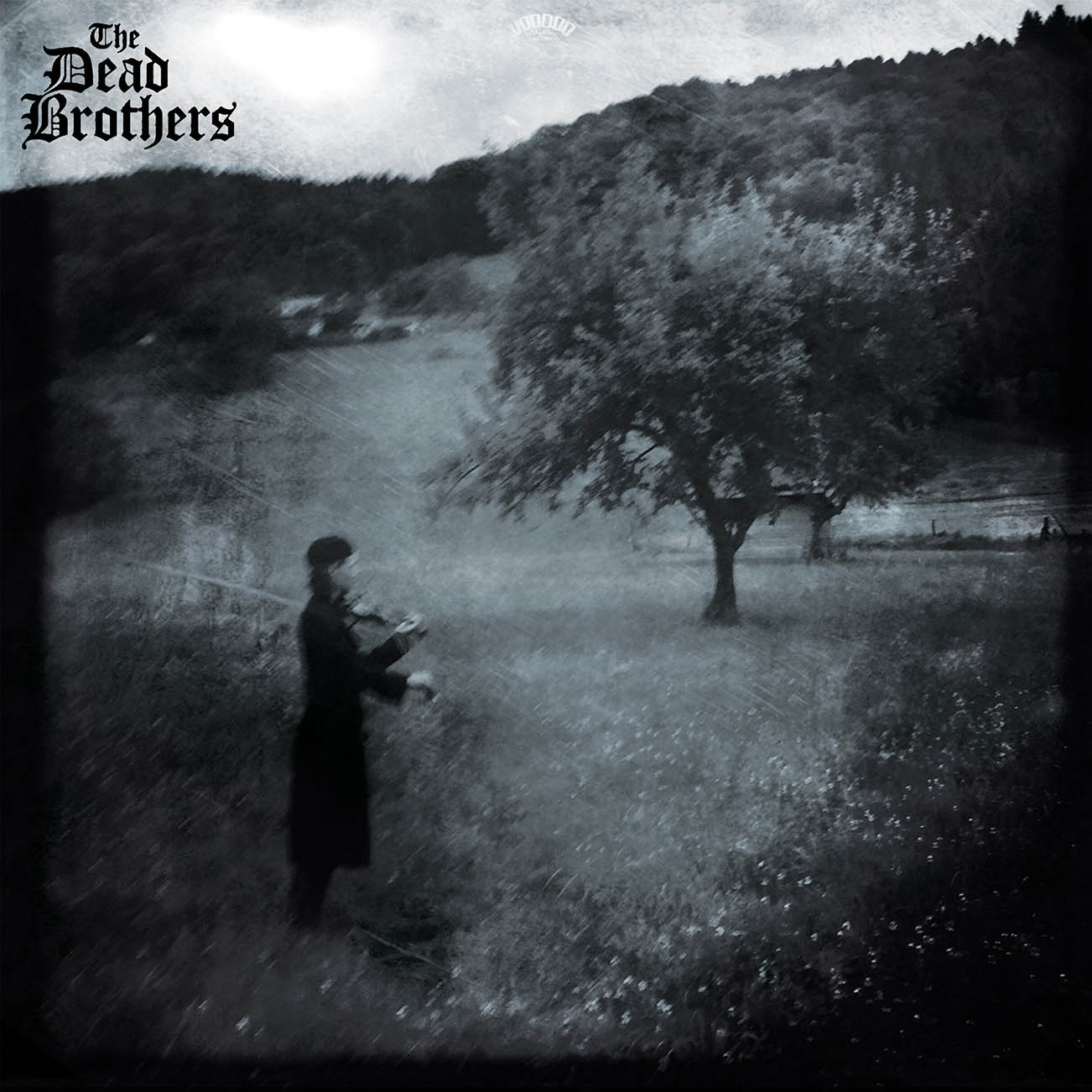 On the surface, for the unfamiliar listener, The Dead Brothers could be immediately judged as some sort of horror-themed rock act or something else with similar characteristics. That description couldn’t be further from the truth; their style gears towards the older and more eclectic genres and their new LP, Angst (the seventh release for outlier punk n’ roots label, Voodoo Rhythm Records), carries this aura of nostalgia and mystique within the orchestrations made by the Swiss dark cabaret.

Reading up on this troupe’s past, add in listening to previous albums in conjunction with Angst, their competitive advantage is in incorporating a theatrical feel within the mix of old time-roots genres (i.e. folk, Django-jazz, country waltz, blues) and punk rock. (More so in the roots music than the actual punk world with this record.) An enjoyable characteristic The Dead Brothers possess is the use of different kinds of instruments (i.e. bagpipes, tubas, banjos, acoustic guitars, stand up bass, violins, fiddles, organs) to shape the mood of their songs.

Along with displaying their musical talent, it shows their awareness of the potential each instrument carries in getting the right emotion from the track, an important trait that coincides with the lyrics their leader, Alain Croubalian, spins in a storytelling fashion. This guy is a showman; he has a knack for writing about unpleasant subject matter (i.e. longing, death, and tragedy) and turning it into something engaging and thought provoking while switching tongues between French, Swiss-German, and English with each song.

The cover art alone exemplifies the rural gothic atmosphere Angst holds within its songs. The opening kicks off in eerie vaudeville fashion with resident organist Reslie Burr’s .45 second solo organ grinder exhibition “Le Sifflet Des Mineurs” and Croubalian and co-partake in their own lumbering percussion-driven gypsy-folk cover rendition of “Les Papillions Noir”, originally scored by the Parisian pop titan Serge Gainsborough. The Dead Brothers website confers the group being “death blues funeral trash”. Not sure if it can be elaborated on, but the murder ballad “Pretty Polly”, “Everything’s Dead”, and “Marie Mouri” are good indicators of the idea.

The choice cut goes to the somber-sounding piano ballad “Angela” which has Croubalian singing about a significant loss, with the melody weaving between both an uplifting and tragic feel. A revisit to the waltz genre rounds out the title track and a bit on “Mean Blue Spirits”, which also elicits a funeral cadence of sorts along with “Marie Mouri”. To conclude their seventh effort, these guys know how to go out in style and prove so with the mammoth sounding Euro-centric bagpipe and chanting finale, “Es isch kei Soelige Stamme.” Definitely, a compelling record from a unique band.