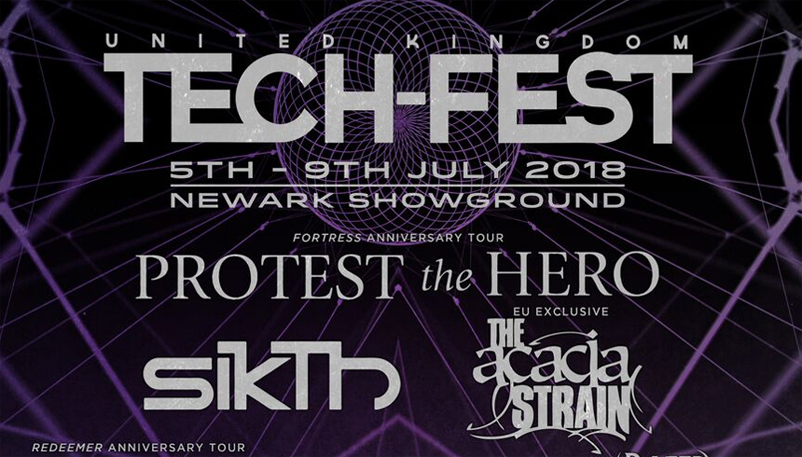 UK Tech-Fest has announced the second wave of bands taking over the Newark Showground from 5 to 9 July 2018.

Protest The Hero return to the festival for a special Fortress album anniversary show, and they are joined by Norma Jean who will be celebrating the anniversary of their groundbreaking Redeemer album.

Tech-metal pioneers Sikth also return to the festival along with the following new additions:

Bleed From Within, Nexilva, Cognizance (Eu Exclusive Debut), Conjurer, The Voynich Code, Crepitation, Despite Exile, Unprocessed, This Is Turin, Arcaeon, Perception and Tiberius.

The above acts join the following already announced acts: 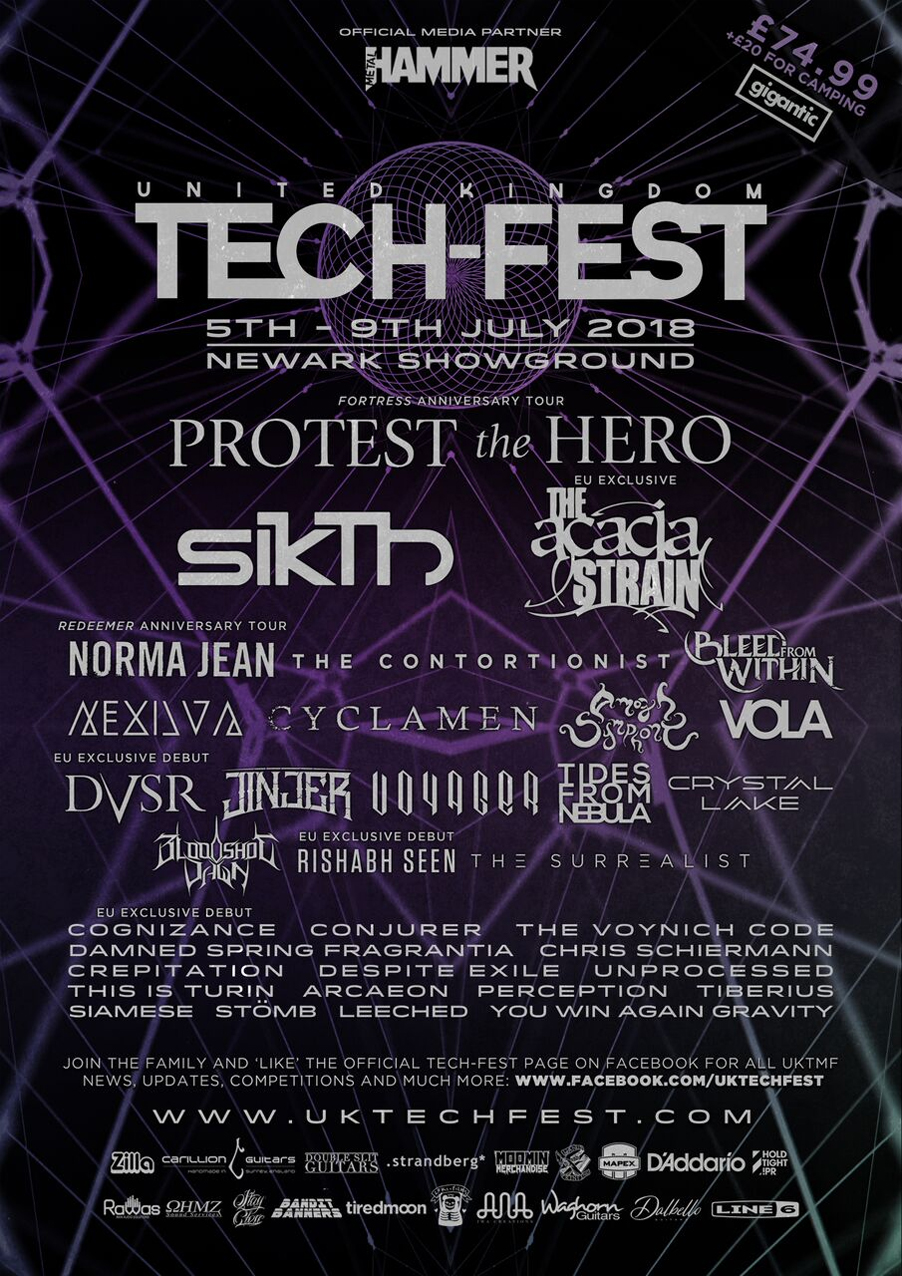