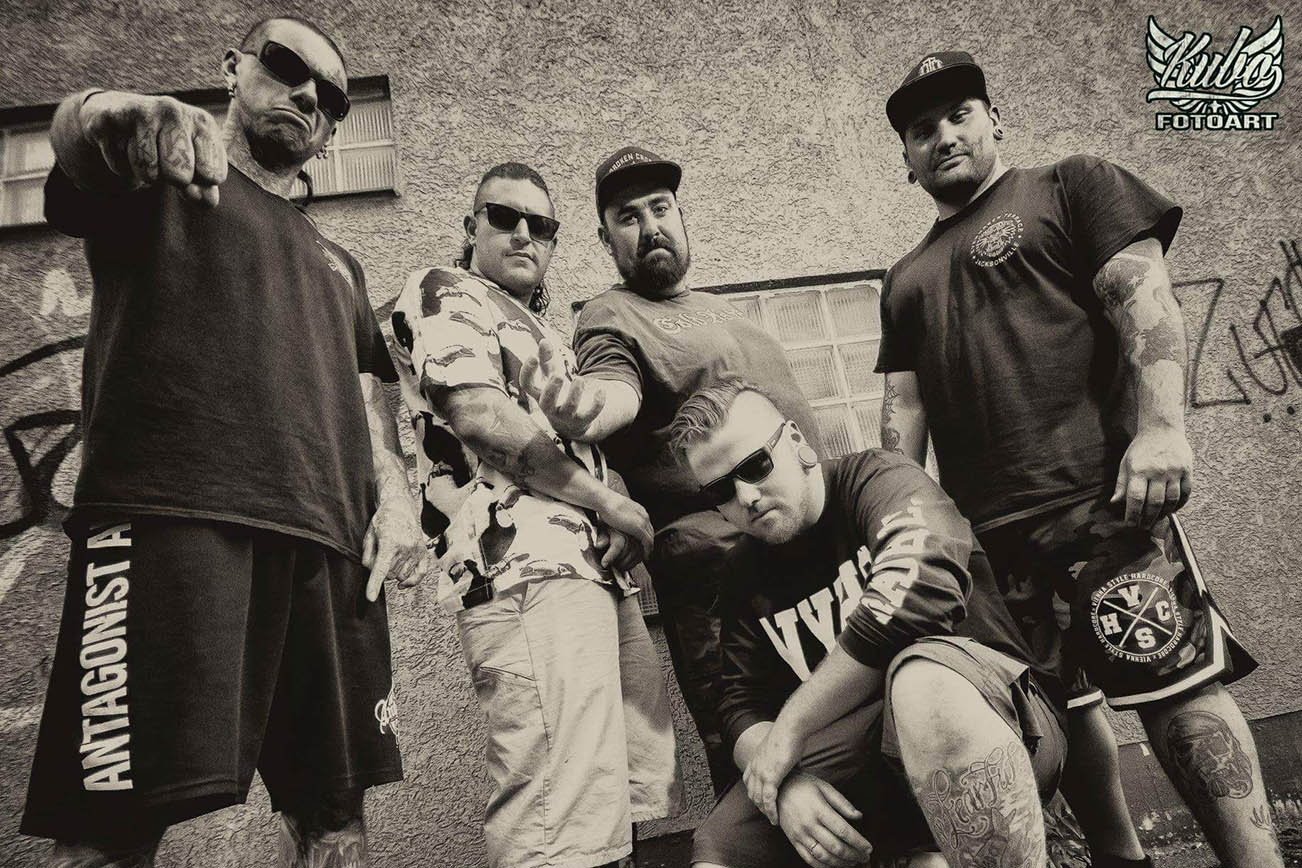 Melbourne, Australia’s hardcore bruisers, Crowned Kings are ready-as-hell to issue their upcoming studio recording Sea Of Misery on March 23rd via Demons Run Amok Entertainment. Featuring classic-sounding hardcore laced with speed metal guitar riffs, the Nick Jett-produced (yes, of Terror) album may be pre-ordered on vinyl, CD, digital and bundles here. Getting to better know groups is what we do and throaty Crowned Kings vocalist Makka was a prime candidate for some tattoo talk. Check it out….

When, where and what was your first tattoo?
Makka: I got my first tattoo on my 15th birthday at a shop in Springvale, Melbourne, Australia called Double Dragon Tattoos and it was a skull with a dagger through its head in the centre of my back (It has now been covered up by my back piece).

Do any of your tattoos have a particularly special meaning behind them? If so, do share man!
Makka: All my tattoos have meaning to me, but a few have special meanings behind them. I’ve got big portraits of my Mother and Father on each sides of my ribs, a big lion’s head on the back of my skull for Carlos our bass player who passed. He always wanted a big lion back piece and never got the chance so I got that for him. My older brother’s initials on my face and my Mother’s initials on my face for when she passed away and most of my stuff has something to do with music. 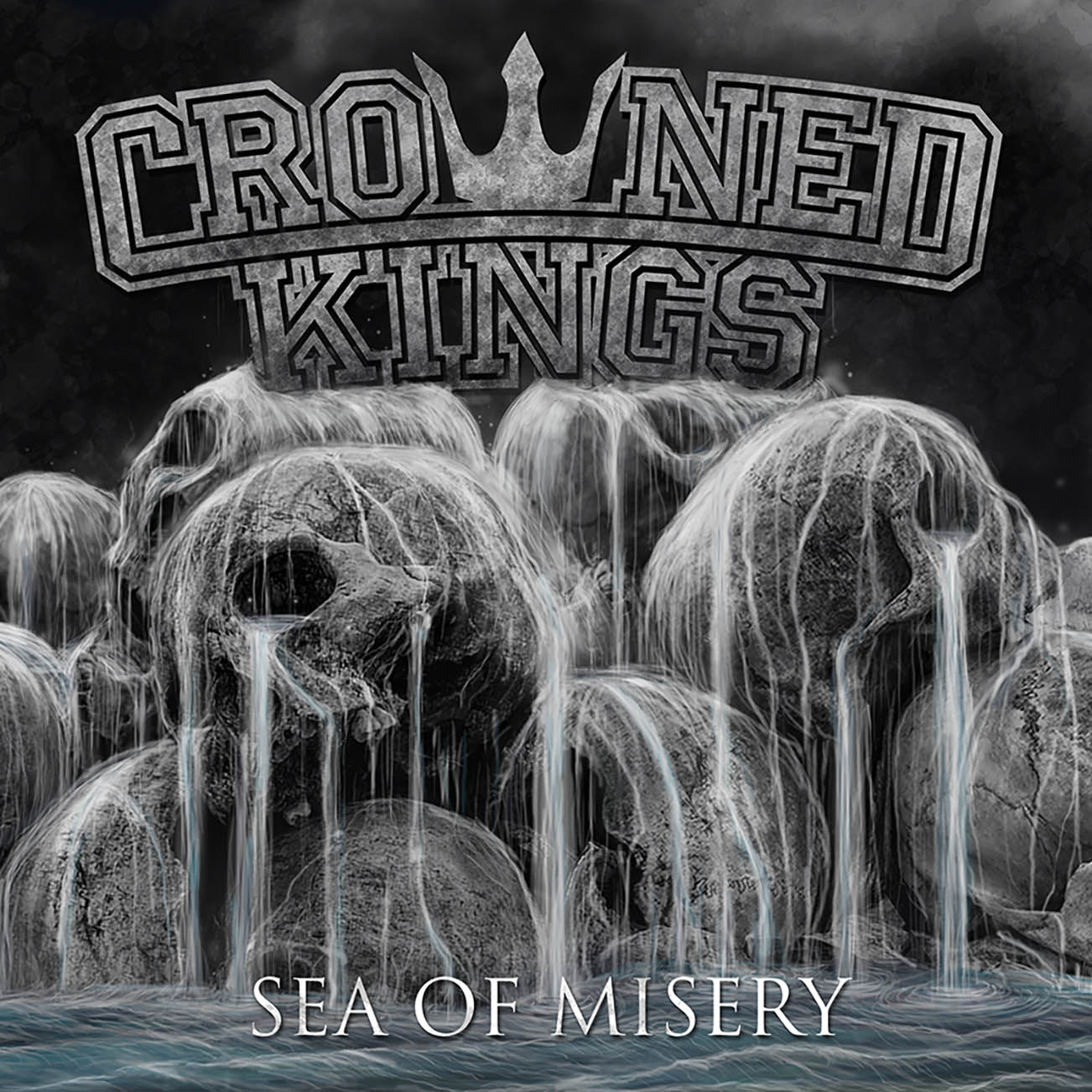 Do you have any new tattoos planned or underway? Give us the dirt, dude!
Makka: I have one more session on my left ass cheek and my body suit is complete.

Have you seen any fans with a band tattoo, anything crazy memorable?
Makka: I meet an old guy in Berlin at SO36 when we played there with Sick Of It All and Broken Teeth, he had a Knuckledust band logo tattooed on his face, so we were instant friends.

We know you have one… tell us about that stoned/drunken joke-tattoo you once got….
Makka: I’ve never really been drunk or stoned to do something like that, thank god, but I’ve got heaps of band-related tattoos on me like Hatebreed, Hoods, Donnybrook, Terror, Walls of Jericho, Firstblood, Until The End, Death Threat, Merauder and Xzibit. (Mainly all lyrics somewhere in scrolls).

Do you have any tattoos that you now hate, want to replace, or have covered up, and why?
Makka: No, I’m pretty happy with most of my stuff.

Have you had anything covered up? If yes, what was it and why… we need details!
Makka: I covered up a bunch of random skulls on my back with a large hannya mask tattoo. My idea when I was 16 was to have heaps of different skulls all over my back to make one big skull….glad I didn’t do that one. Don’t get tattooed too young because you’ll have way better ideas once you’re older haha.

Have any tattoos that were painful. Like made you cry, see white light, and regret being born?
Makka: The most painful tattoos I’ve had were my ass cheeks, I didn’t want to be in that room at all and I left that ’till last because I knew it would hurt the most; and the backs of the ribs are shit too. Problem is, the older I’ve gotten the more it seems to hurt and I left the most painful ones ’till last.

If you HAD to get someone’s face tattooed on you, whose would it be and why?
Makka: I would probably get Corey Taylor from Slipknot. One side him without the mask and other side with it on. He’s my favourite vocalist and Slipknot are one of my favourite bands.

Watch the band’s music video for the single “Sea of Misery” here.