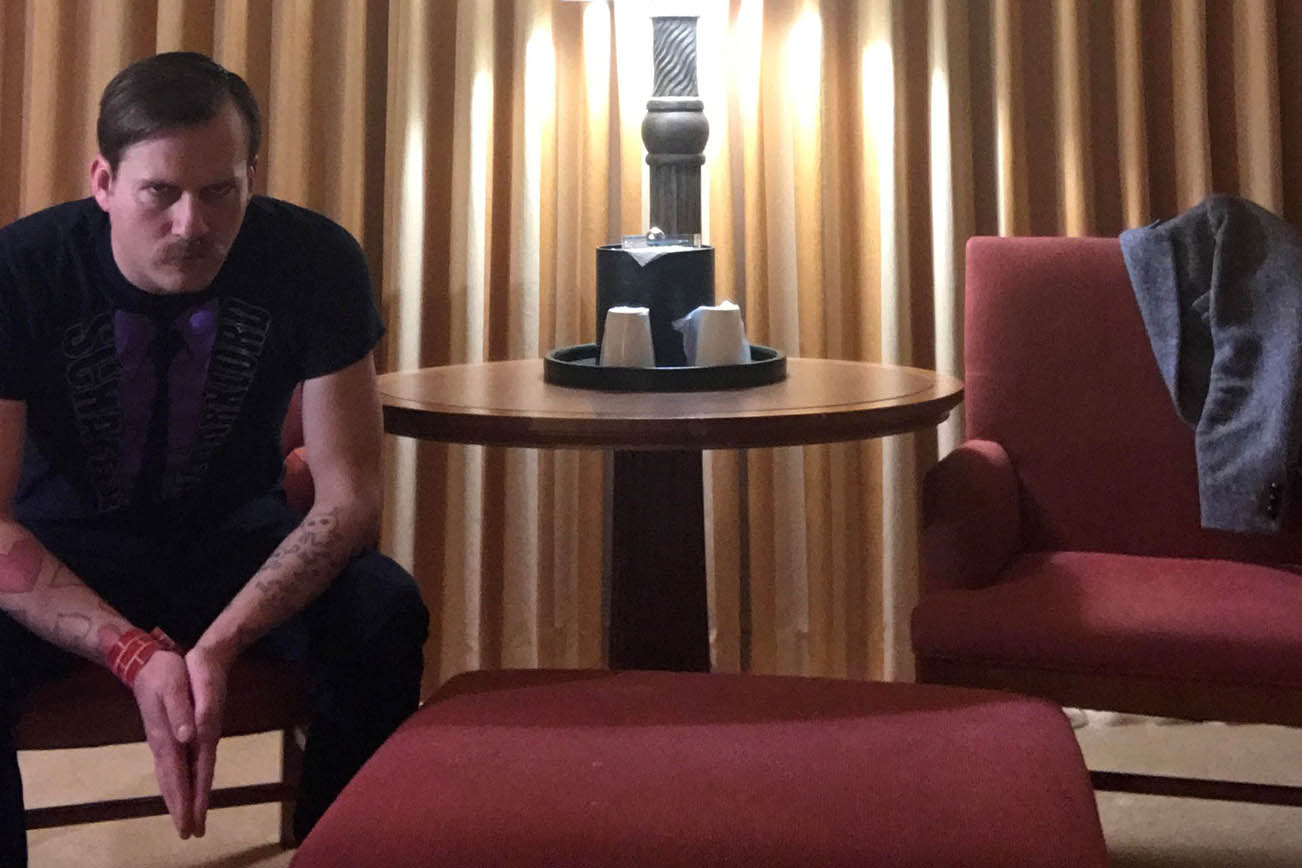 Currently based in Los Angeles, alternative artist Zachary Eli Lint (aka Coolzey), issued his twelve-track third full-length studio recording, And the God Damned Friend Killers, on February 23rd via Public School Records. The new offering follows 2010’s The Honey and 2013’s Hit Factory and sees Coolzey embrace his collaborative and party atmosphere writing style yet still explore both 90s alt-rock and hip-hop. With a tons of different influences and flair on the record we spoke to Coolzey about his equally diverse array of fun tattoos.

When, where and what was your first tattoo?
Coolzey: My first tattoo was the outlines of the hearts and skulls on my sleeves. Done for free in the bedroom of an aspiring tattoo artist in his parents nice house in Pasadena. I was his 10th tattoo. He was very clean and organized and had a portfolio he was building.

Do any of your tattoos have a particularly special meaning behind them? If so, do share man!
Coolzey: The most meaningful tattoo is probably my first Ghostbusters tattoo on my right shoulder. When I was a kid the library ghost in the original Ghostbusters scared me so bad I couldn’t keep my eyes open. I really wanted to see it so for my birthday we rented Ghostbusters and I made my friends Jason and Hagan stand in either side of me and each hold one of my eyes open so I would have to see it. After that moment I was addicted to facing my fears. We started a ghost hunting club then as kids in the 80s called the “Ghostbusters” and I believed wholeheartedly at the time that we were paranormal researchers even though we were mostly working with the imaginations of our 4th grade minds. The interest in paranormal activity, particularly in haunted houses and buildings, had stuck with me and grown over the years. The Ghostbusters 2 tattoo on my left shoulder, in juxtaposition, was just a funny joke that was too good not to do. No other meaning in that one lol. Oh, except for in hindsight I realized it has to do with my everpresent obsession with our world being governed by duality. Lol I’m a nerd sorry. 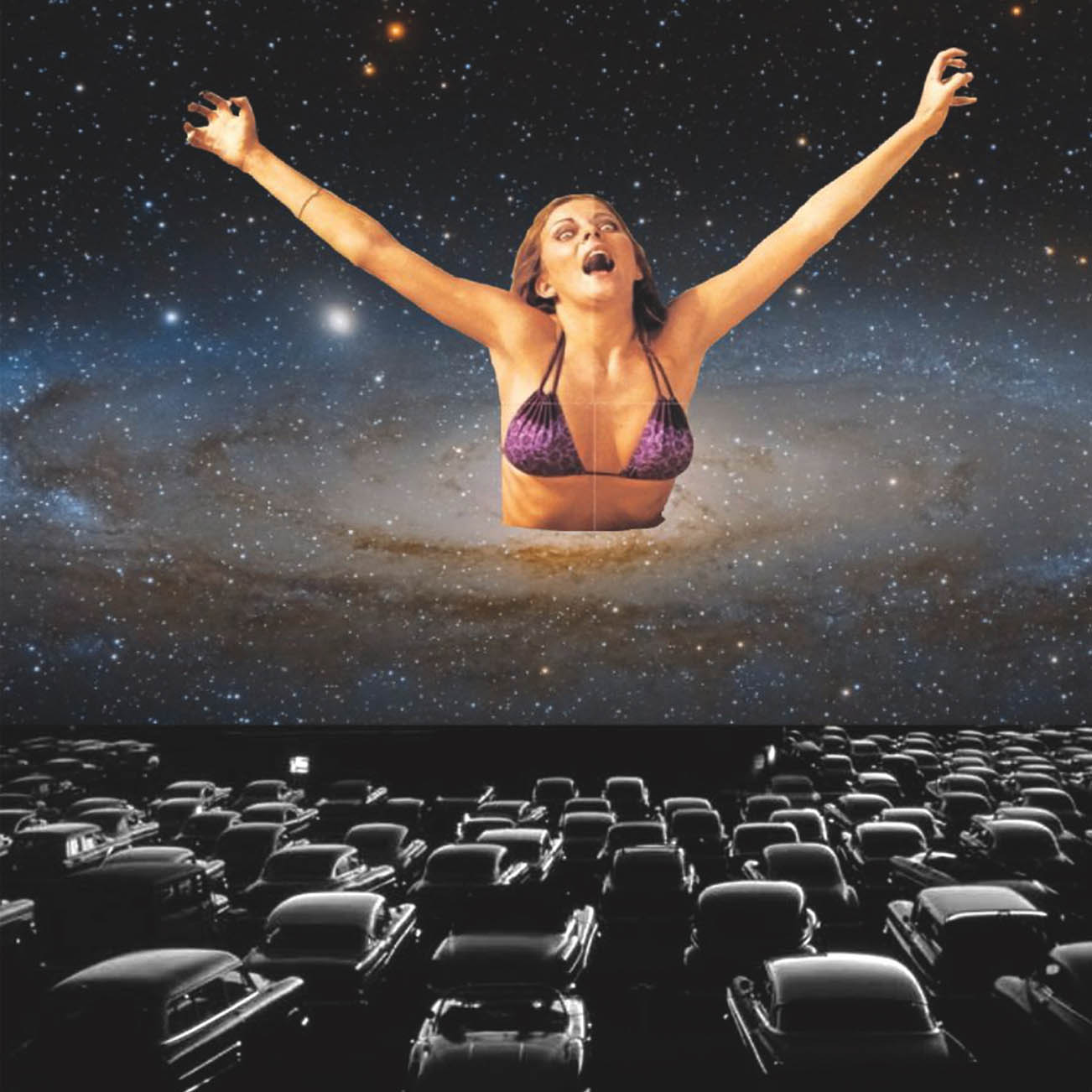 Do you have a specific shop or artist that you frequent (insert shameless plug time!)?
Coolzey: No every time has been different. I will tell you that my last tattoo, the Public School Records logo, was given to me by an amazing artist that I met on by the name of Dawn at Skin City Dublin. Her Instagram is @dos_artist and she rocks; check her out. I was on tour in Europe and had the day off so I took the ferry from Wales to Dublin and looked up Guinness bars then got on Tinder. We met and started talking and became friends and ended up exchanging drinks for tattoos!

Do you have any new tattoos planned or underway? Give us the dirt, dude!
Coolzey: Well I was hoping the new Ghostbusters movie was going to have a new logo because I was going to get it as a tramp stamp but no such luck. I’m thinking of getting this really shitty doodle I made of Satan playing an electric guitar next.

Have you seen any fans with a band tattoo, anything crazy memorable?
Coolzey: I’m sorry, my memory is really bad and I’ve seen way too much crazy shit lol. Can’t think of anything.

We know you have one… tell us about that stoned/drunken joke-tattoo you once got….
Coolzey: If you look closely at my left shoulder underneath the Ghostbusters 2 symbol you’ll see the faded remnants of a really shitty logo that I drew of two crossed cartoon handguns and the initials B.I. Sigh lol. So B.I. stood for Benjamin Isley which was a conceptual band name that my friend Brian and I had for whenever we got drunk and high and recorded live improv jamming sessions directly onto a cassette in his boom box. It wasn’t really a band because then we would just give the master copy of the tape to our friend Cody and never show anyone else lol. The loose concept was that Benjamin Isley was a rogue member of the Isley Brothers that left the band to make shitty home recordings in obscurity for eternity. OK. Pretty ridiculous right? Even more ridiculous was the decision to let my friend’s girlfriend drunkenly try and stick me with the logo of the fictional band in a dark bathroom with a gun that wasn’t properly assembled so it kept just falling apart mid-tatt. Luckily it mostly faded away.

Do you have any tattoos that you now hate, want to replace, or have covered up, and why?
Coolzey:Not really. On my left shoulder blade is a child-like sketch of the moon in the night sky that is the only tat I have that didn’t come out exactly as I’d hoped but I love imperfection and children’s sketches and doodles so I doubt I’ll erase it.

Have you had anything covered up? If yes, what was it and why… we need details!
Coolzey: See question 6!

Have any tattoos that were painful. Like made you cry, see white light, and regret being born?
Coolzey: My friend Matt Cooper from Nemesis in Iowa City is a bit sadistic behind the needle and when he was doing the outlines for my shoulder tatts is the only time I saw the white hot searing pain but I still enjoy it being a bit of a masochist myself. Other than that usually getting tatted makes me giggle.

If you HAD to get someone’s face tattooed on you, who’s would it be and why?
Coolzey: Sam Rockwell. He’s so good at mugging.

Now that you’ve read, it’s time to listen. Check out the album And the God Damned Friend Killers here!