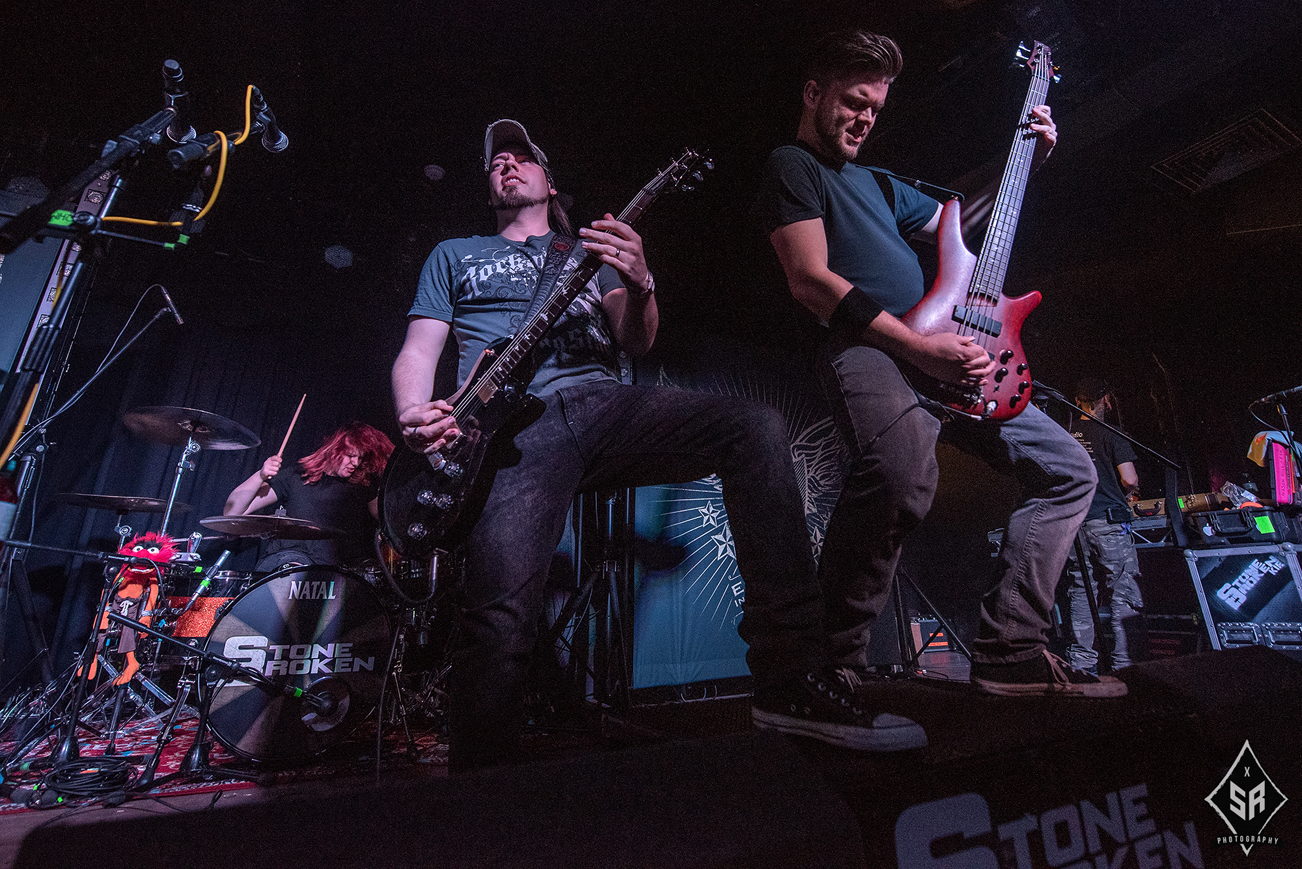 Having already made a name with their hard-hitting videos including the “Heartbeat Away” which dealt with the difficult subject of domestic abuse, UK rockers Stone Broken are quickly becoming one of the rising stars of the UK rock scene. The band have already been confirmed to appear at this year’s Steelhouse Festival so the chance to see the band in the sweaty confines of venues like the Club Academy in Manchester was too good to pass up.

Out on the road in support of their upcoming new album Ain’t Always Easy, due on March 2nd through Spinefarm Records, the band brought American blues guitarist Jared James Nichols and fellow UK rockers The Bad Flowers out on tour. Both acts providing the perfect warm-up for the evening, the UK rockers providing an energetic blast of hard rock with a set built around their new album Starting Gun while the American guitarist Jared James Nichols gave the night a bluesy twist with a polished lesson in blues rock and the kind of demonstration that shows how some people are just born to perform on stage.

Stone Broken are in for a busy year if the first few months of 2018 are anything to go by. With this tour taking them right through to March when it winds up out in Europe, the Midlands quartet are on a roll by the time they hit the Academy 2 in Manchester. Airing tracks from their upcoming album Ain’t Always Easy like the brilliant “Worth Fighting For”, this is hard rock exactly how their record label promised it would be all massive riffs and equally huge choruses. With Ain’t Always Easy still to hit stores at the time of this show, this is an exciting time for the UK rockers and with the UK needing a band to take on the big hitters of the US hard rock scene, the timing couldn’t be better because, on tonight’s evidence, given the opportunity to show what they can do, Stone Broken could very well be that band.