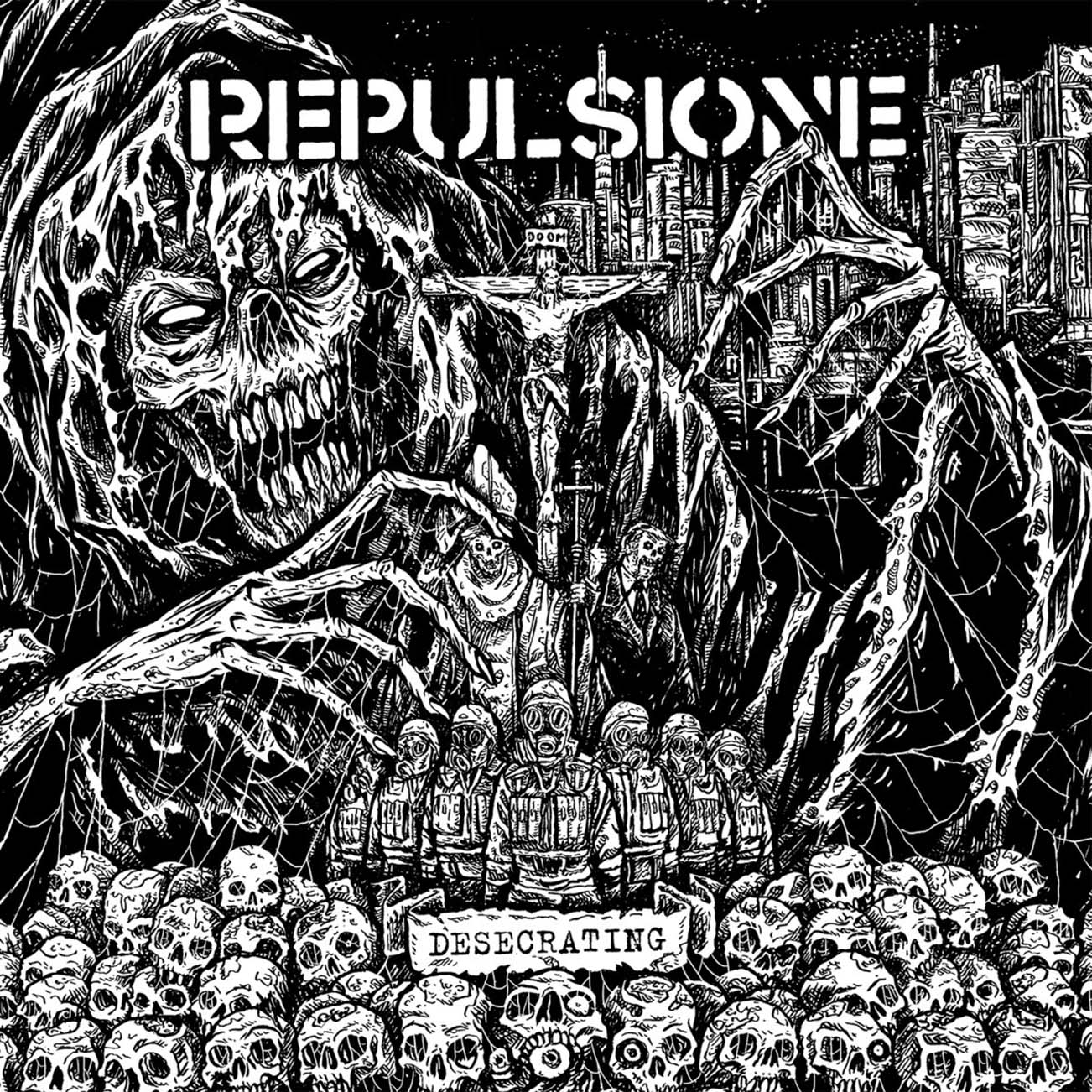 So every band has its own story, I presume, even if it’s completely ridiculous. Let me back up a bit. I’ve been writing about music a long time, longer than most people skulking around PureGrainAudio’s back alleys have been alive. It’s only a daily concoction of clamato juice and black market testosterone that keeps me from looking my age and this good.

Because I’m what they call a veteran, every time I sit down to churn out words on the band of the day, I wonder if this is going to be the time there’s nothing to be said. It could be because everything has been said, the band in question is so unremarkably void of personality, musically milquetoast and achingly unoriginal or all of the above. Don’t get me wrong; I love the sort of grindcore/power violence as purveyed by Repulsione. The issue is that I’ve loved it for a long time and, if we’re all being honest, this sort of noise isn’t a growth industry. Not a lot has changed over the years. Some might argue hardly anything has changed at all, but at some point someone learned to tune down to C#, so there’s that.

These Italians have no problem revealing to the world that what they do is little more than a re-hash of days gone by. They accurately list off their influences as Insect Warfare, Brutal Truth, Yacøpsae, Assück, Dropdead, S.O.D. early Napalm Death and Carcass, and that list pretty much sums up what you get when Desecrating is cracked open. They come about as close to Carcass’ “Corporeal Jigsore Quandry,” arguably the most recognisable riff in death metal, as one could without covering it in “Sacrifice,” the metallic clang of the drums comes straight from the world of pornogrind, it’s impossible to think grind heroes Repulsion didn’t inspire their moniker and the monosyllabic bellowing is what you’d expect. The most unique thing at work here is the use of two basses and no guitar. The sticking point then becomes that the dual bass tone sounds like pieces of aluminum burning underneath a bug zapper during a locust swarm.

It’s when you dig a bit deeper into Repulsione’s personality that a bit more of an angle presents itself and the band’s sense of humour comes to the fore. I direct the curious to this quote taken from the band’s Bandcamp page: “Washin’ machine in spin-dryer phase, white noize, powerviolence, caustic words against human scum, blast beat, excessive distortion, someone shouting in your neighbourhood. From Shitaly. Blasting since 2004.” As well, they have a split from a few years ago with the song “Powerviolence is the Fastest Non-motorized Sport on Earth” featuring a goat-headed Usain Bolt on the cover.

So yeah, the more the story changes, the more it stays the same. Though it may be a little funnier.

Get a taste of the new music with a stream of the single “Last Man Standing”.