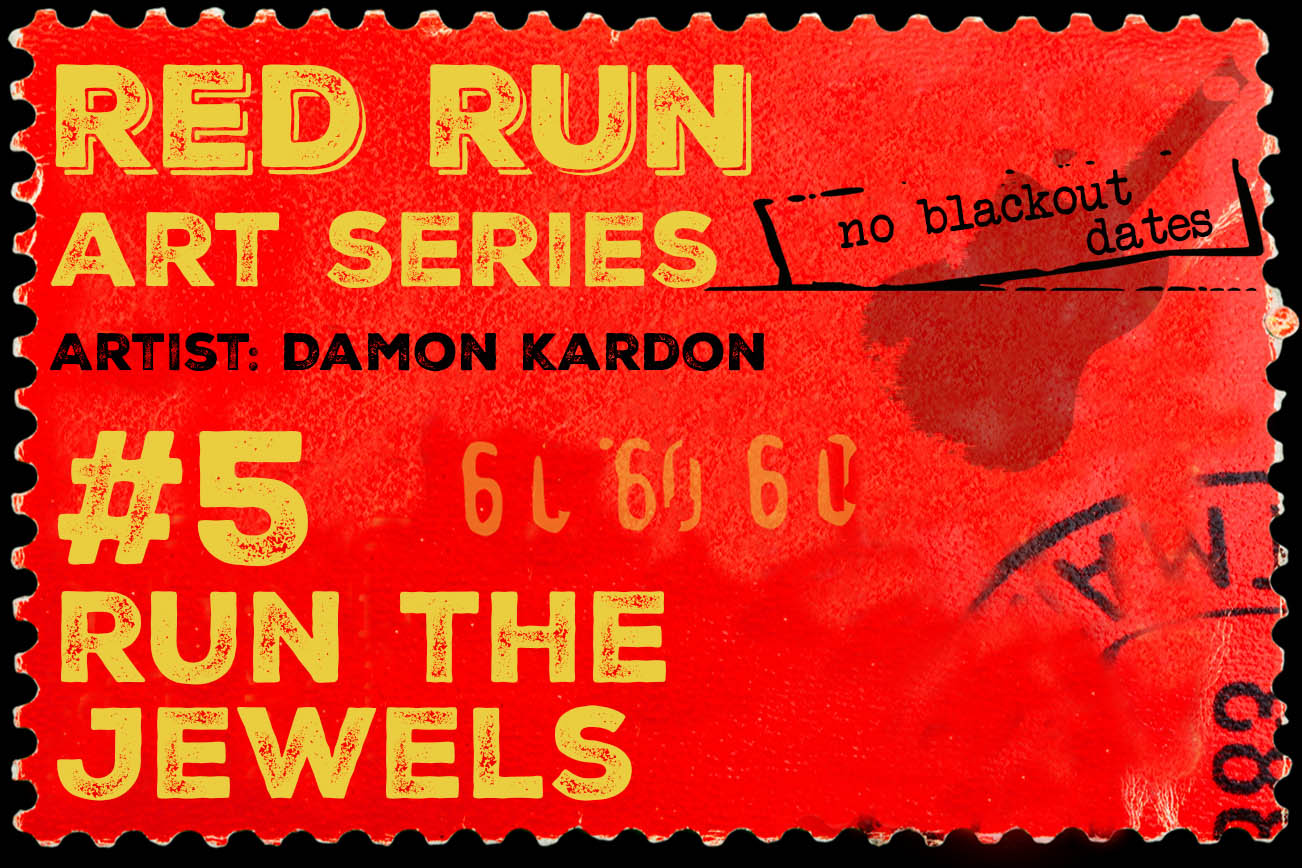 Road-Ready Listening:
– Be sure to enhance your viewing/reading experience by streaming Run The Jewels’s latest full-length offering, Run The Jewels 3, released on December 24, 2016, via Run the Jewels, Inc..

About the Painting:
– A few years ago, I saw Run The Jewels open for Jack White at Madison Square Garden. On “Close Your Eyes (and count to F*&k)”, Zach De La Rocha of Rage Against the Machine came out from backstage to rap his verse from the album cut. Mind=Blown!! It was one of the most powerful performances I have ever seen (across all musical genres). RTJ continued to blow the roof off the Garden for the next thirty minutes. Ever since Killer Mike and El-P came together, they have broken through so many boundaries in Rap and Hip Hop. They are truly one-of-a-kind and their DJ Trackstar is just leveling audiences with his sonic soundscape. They are by far my favorite rap group of this decade and I wanted to pay tribute to them and their signature RTJ imagery in this design. – Damon Kardon

Package #5: “Run The World”:
– Check out Damon’s creative process by scrolling through the photos below. 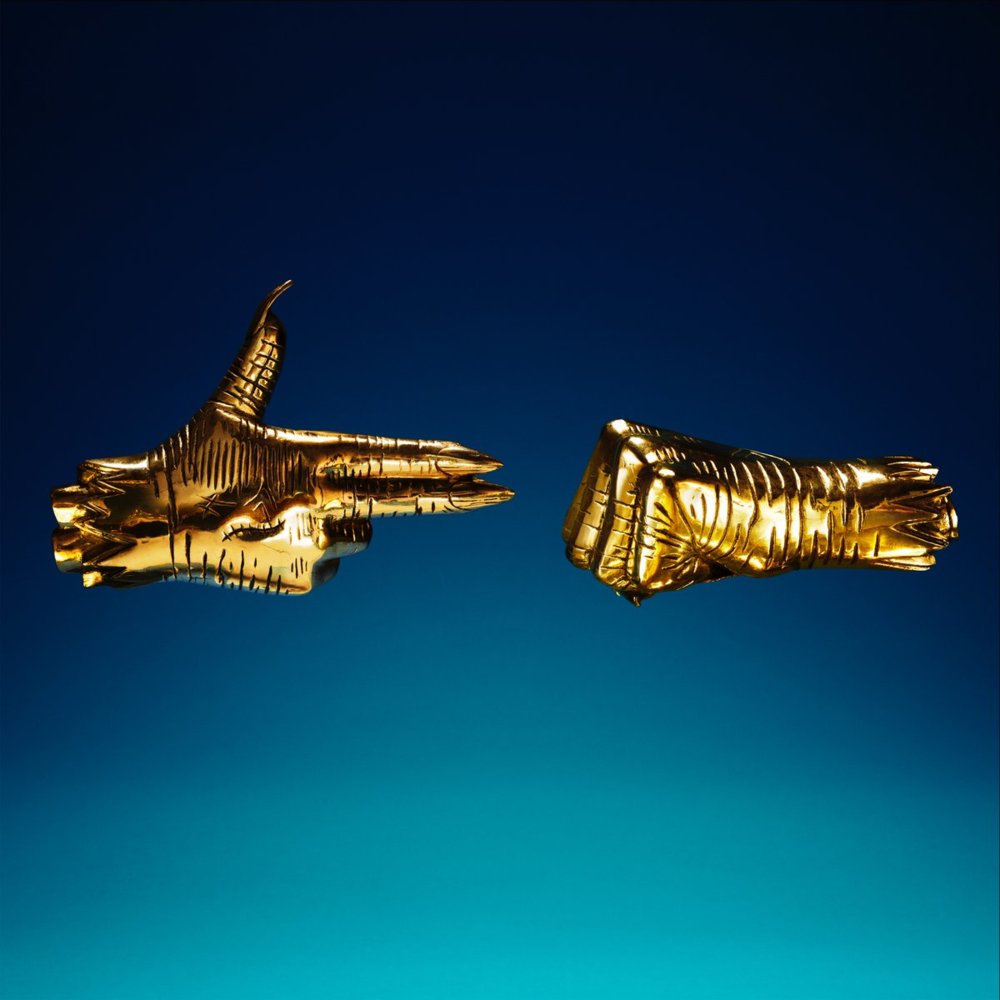