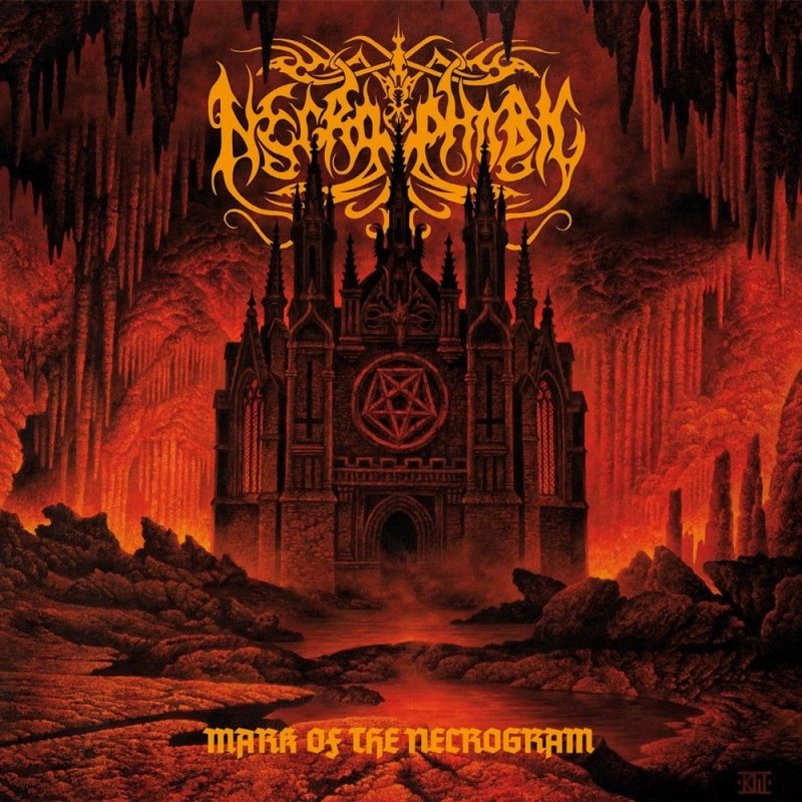 Mark Of The Necrogram is Necrophobic’s eighth studio offering and sees the Swedish masters of Satanic metal emerging from the gates of hell itself with an album that, from the outset, exudes the kind of evil air that followers of the Scandinavian terrors expect from their fix of Necrophobic.

Having gone through a tumultuous time, Mark Of The Necrogram sees the return of Sebastian Ramstedt and Johan Bergebäck to the fold who, with their bullet-belts tightened, sound back at home within the ranks of these Swedish battle-hardened warriors. This being the case, unsurprisingly, it doesn’t take long before these rejuvenated Swedes hit their groove and the whole thing locks into place. The mighty title-track kicks things off and, like plenty of moments throughout Mark Of The Necrogram, sees the material bubble away before the band open the gates and all hell breaks loose. By the time the album reaches “From The Great Above To The Great Below” three tracks in, the band are completely in the zone. The grooves, the unrelenting blasts of satanic metal, Anders Strokirks’ feral vocals, they all lock together seamlessly to create a truly unholy piece of work.

At times, leaning more towards the black metal end of the spectrum, offerings like “Lamashtu” and the instrumental album closer “Undergangen”, give this album a really haunting feel to it. However, tracks like “Requiem For A Dying Sun” and “Tsar Bomba” are stacked to the nines with the kind of grooves that long-time fans of this Scandinavian outfit will find very familiar. While over in the US, the once big hitters of the satanic metal scene like Morbid Angel and Deicide have been flailing about in their own drama, back here in Europe, bands like Necrophobic (along with fellow countrymen Watain and Polish mob Behemoth) are putting every ounce of their black-hearted energy into truly hellish albums like Mark Of The Necrogram.

Mark Of The Necrogram Track Listing:

Check out the video for “Tsar Bomba” here.