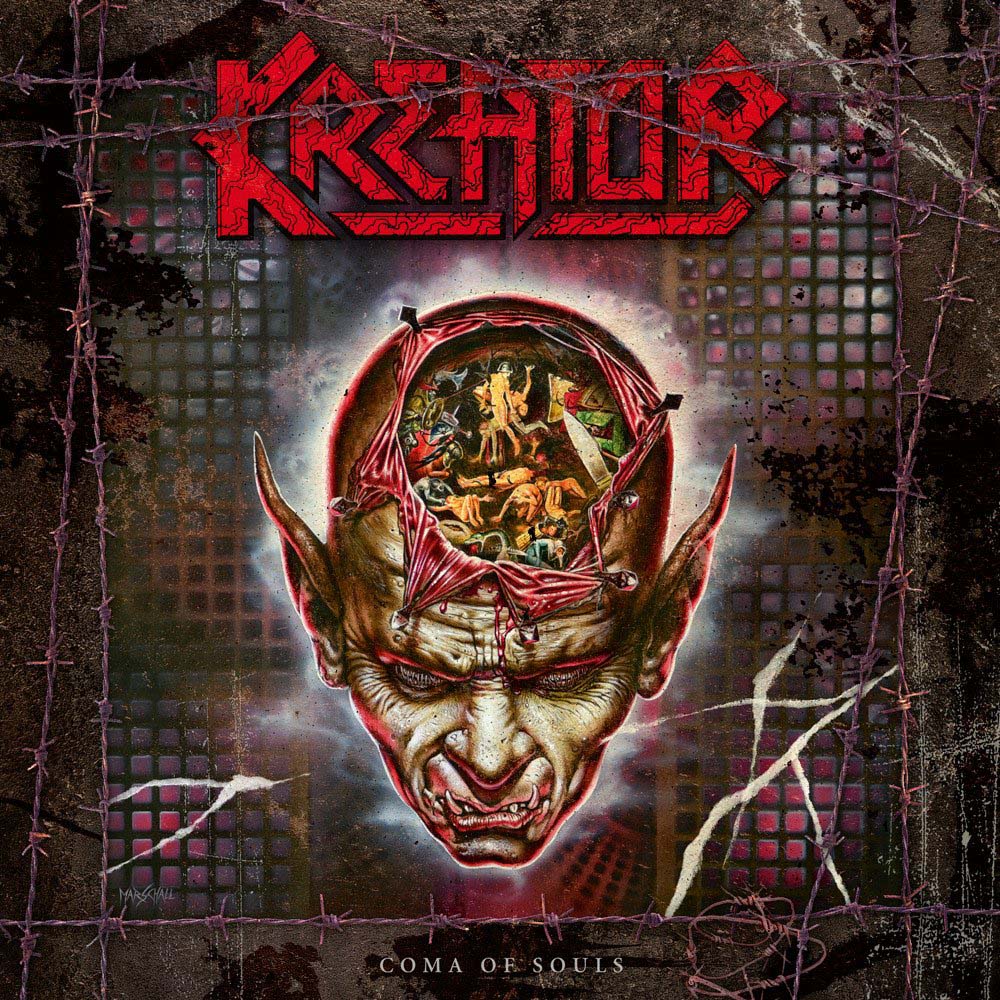 Kreator’s Coma Of Souls is part of the newest batch of remastered/reissued classic records from the thrash metal group. Originally released back in 1990, the album was the band’s fifth and saw them continue to wave the metal the torch into the next decade, despite the onset of grunge and other metal distractors.

With Coma Of Souls, many believe (myself included) that the band hit their full stride. With the hoards of writing, recording and touring experience they garnered from the previous four albums, this offering really dotted all the I’s and crossed the T’s, culminating in a real thrashy masterpiece. “When the Sun Burns Red” kicks the proverbial barn door wide open with a massive riff that leads the charge through a classic, old-school head banging record that also includes Kreator classics “Coma Of Souls” and my personal favorite, “Terror Zone”. For me, there is no filler here, it is as solid a record as you can get with massive razor-sharp riffs, tempo changes and tons of aggression.

As is the case with the other records released in this batch of reissues, Coma of Souls benefits greatly from a fresh remaster; it sounds punchier and bigger than before. The addition of a red vinyl release makes this an even better treat. The set’s second disc contains a live 1990 performance of the band from Stadthalle Fürth, Germany and offers a number of the album’s songs performed in front of a crowd. It was very interesting to listen to both versions back-to-back and is here that you can fully appreciate how tight and energetic Kreator really are.

Watch the band’s music video for the single “Coma Of Soul” here.