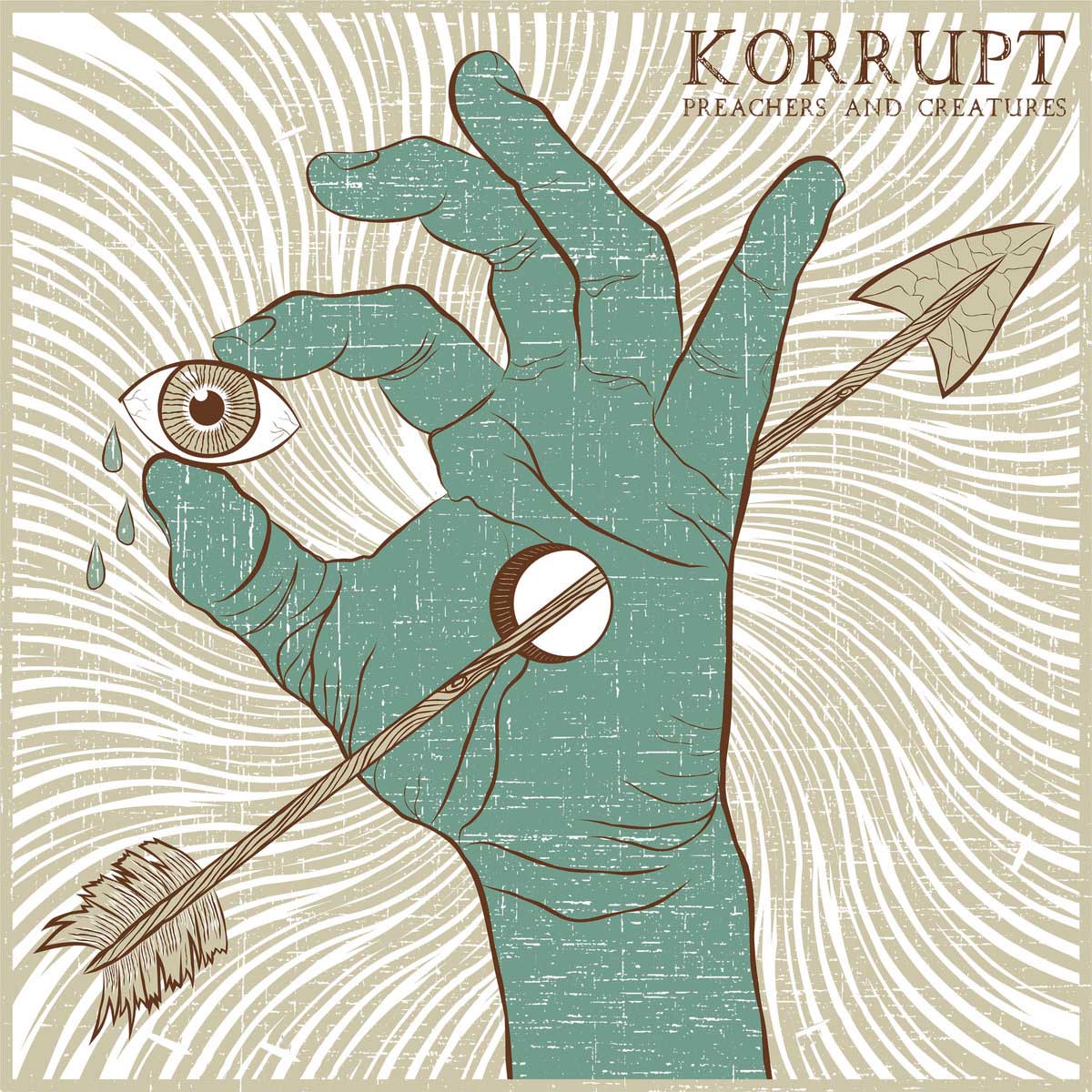 The growing circle of punk acts in Kristiansand might be too small to be called a scene, but they sure got their stuff going. Names like Rise Above and Honningbarna have helped build the punk scene of Kristiansand, and recently we also have the up-and-coming Korrupt with their new release Preachers and Creatures under the label Fysisk Format, where they manifested their dissatisfaction regarding a myriad of social issues, such as their expression of anger towards the reactionary stance of organized religions and opposition towards capitalism. One of the things that makes this album exceptional is that it was recorded and mixed by Tommy Akerholdt of Turbonegro and Silver fame, and some of the members of Korrupt are also in the Bergen-based punk act Social Suicide —these are not some part-timers fooling around in a garage.

Their sound mainly comes off as hardcore punk with thrash and black metal influences, presenting the depth of soaring riffs that speak to the listeners’ souls while drawing inspiration from their inner battles, knowledge, and human behavior. When it comes to comparing with other acts, Preachers and Creatures might be a solid release for those who dig fellow Fysisk Format rostermates Haust and Okkultokrati.

They have done an outstanding job in converging diverse elements altogether; that they are far from stereotypical; they are forming their own eclectic resonances by merging their hardcore punk attitude with blackened vibes. The anthemic paces and upbeat shouts of this album also represent their all-around rebellion. Instead of all-out thrashing, they mix it up with heavier (“Serpents”), punkier (“Hellions”) and more laid back numbers (“Khaver”) for a well-rounded record.

Korrupt is aggressive and vibrant, and their songs can be seen as a form of revolt towards the world. They come from a rather religious part of Norway, yet they’ve never stopped questioning things and they’ve come up with the rejection towards the propaganda of organized religion at a young age. It has always been nice to have political, progressive bands coming up in the scene — we don’t only listen to their sounds, but we also discern and analyze their views on things and how they see the world and its discontents.

Do yourself a favour and stream the entire Preachers and Creatures album here.