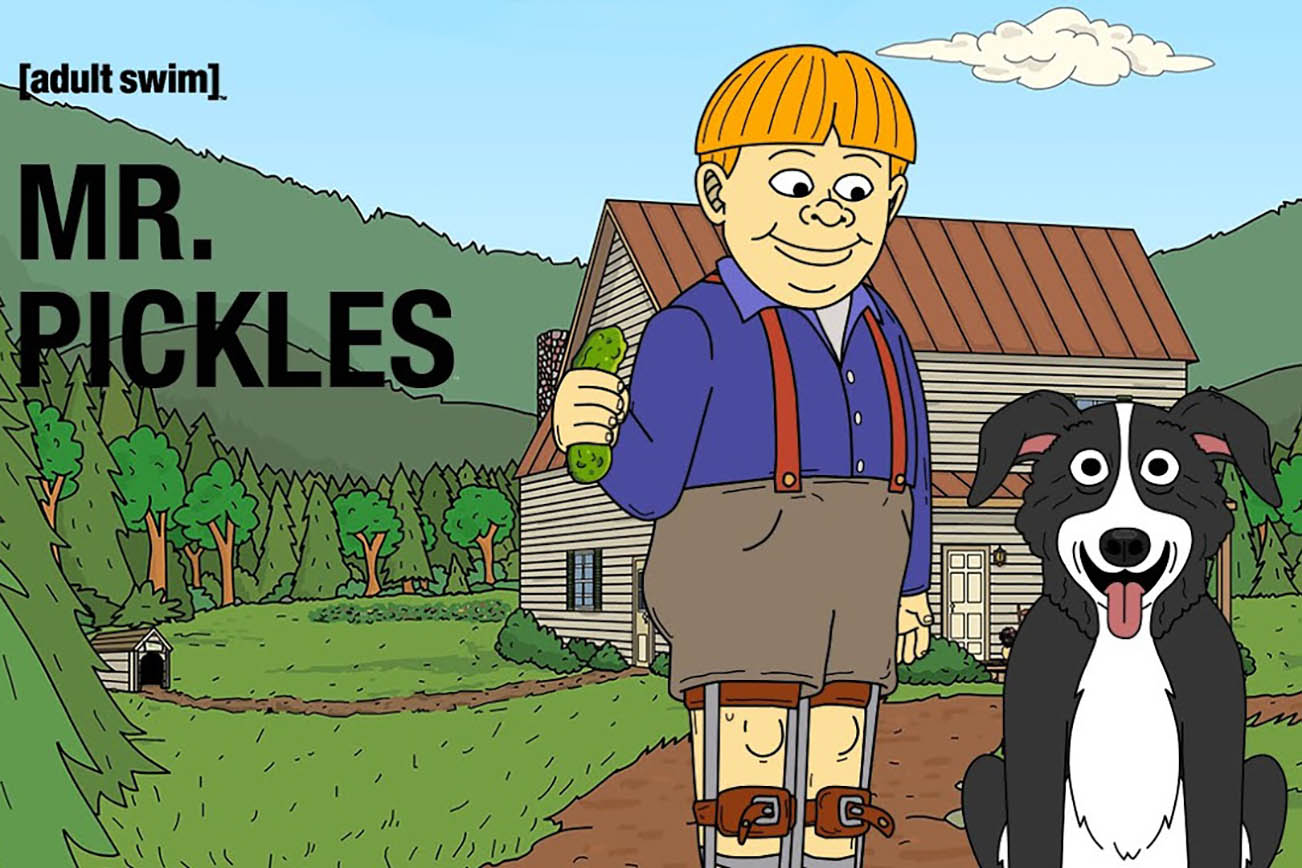 Interview with the Creators of Adult Swim’s “MR. PICKLES” on the Show, Season 3, and “Mr. Pickles Thrashtacular Tour”

We recently had a chance to catch up with Will Carsola and Dave Stewart, creators of the Adult Swim animated series, Mr. Pickles. The show, which revolves around the Goodman family, their 6-year-old son Tommy, and an evil border collie border collie named Mr. Pickles, was recently picked up for a third season. In collaboration with Adult Swim, the show is sponsoring the “Mr. Pickles Thrashtacular Tour” featuring Exodus and Municipal Waste. Here is how the conversation went….

How did the idea for the “Mr. Pickles Thrashtacular” come about?
Will Carsola: The tour was actually the idea of Adult Swim. They wanted to do a promo tour and they pitched us the idea with our friends Municipal Waste on there and we were like, “this is great!” Then we talked to the Exodus guys and they got added to the bill and it is one of those things that just kept growing. We were friends with Municipal Waste for a long time since we are both from Richmond.

Dave Stewart: We knew them from back when we were just making videos. We were both starting off around the same time. We did a live DVD with them too.

Did you guys have Exodus in mind for the bill? Was there a wishlist?
Stewart: Actually, Municipal Waste was Adult Swim’s idea and they were suggested along with Municipal Waste. It worked out great because the guys in Municipal Waste are friends with them and have toured with them in the past, so it was perfect.

I know the Mr. Pickles show was picked up by Adult Swim for a 3rd season; congratulations on that! Was that something that you had expected or was that a bit of a surprise?
Carsola: Well, we never know when we are getting picked up until the new season airs, but we felt pretty confident that we would get a deal for a Season 3.

I am not sure how the TV world works, so is that something that you had prepped and ready to go, or do you wait for a deal and then crank them out?
Stewart: Well, we had a general idea of what would happen ion a Season 3 as far as the episodes, but while we were waiting we just kept exploring and before you know it you surprise yourself with all of the crazier and crazier ideas.

What is the process like for putting a show together?
Stewart: There is a team of us. We are always working together. We have a writers meeting where we come up with stories. Most of the writing is done by sitting around and talking through ideas, putting those ideas on index cards on the wall and then writing the script is sort of the final step of the process. It is also probably the easiest step. First we write the outline and then pitch it to the network. 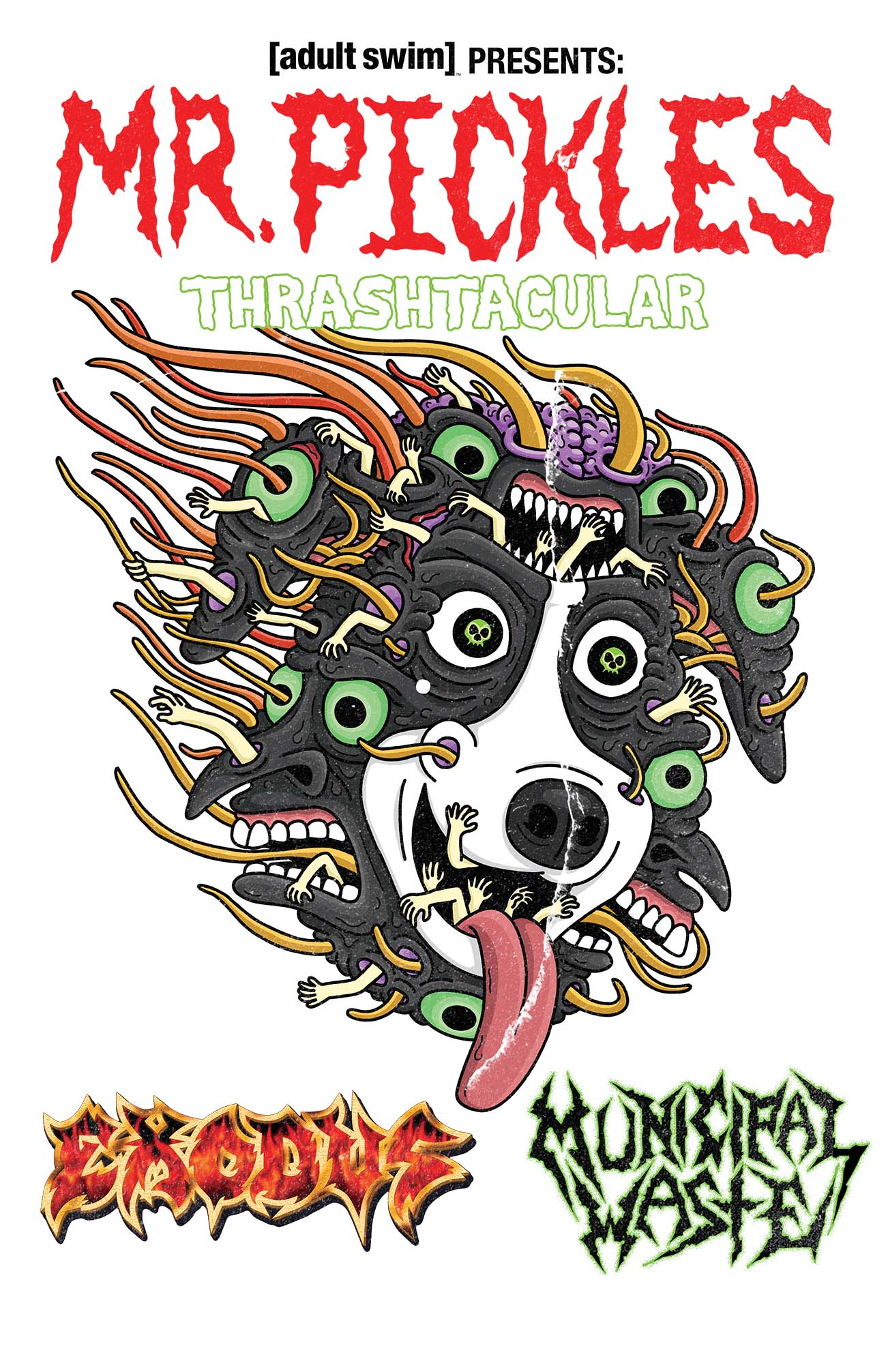 When those ideas are up the wall and you are heading down the rabbit hole do the sessions just take off from there?
Carsola: Yeah, pretty much we start off with a crazy idea. Then you try to make sure that idea can be told in a story form with the correct amount of story terms. What almost always happened though is the episode turns out a bit different than what was originally planned. We start off with a crazy idea and then once you explore it the original idea goes away and you are left with something that is usually better.

Have you guys been able to catch at least one of the tour stops?
Stewart: Yeah, we went out to the Anaheim show and it was awesome! Great turnout and the crowd was great.