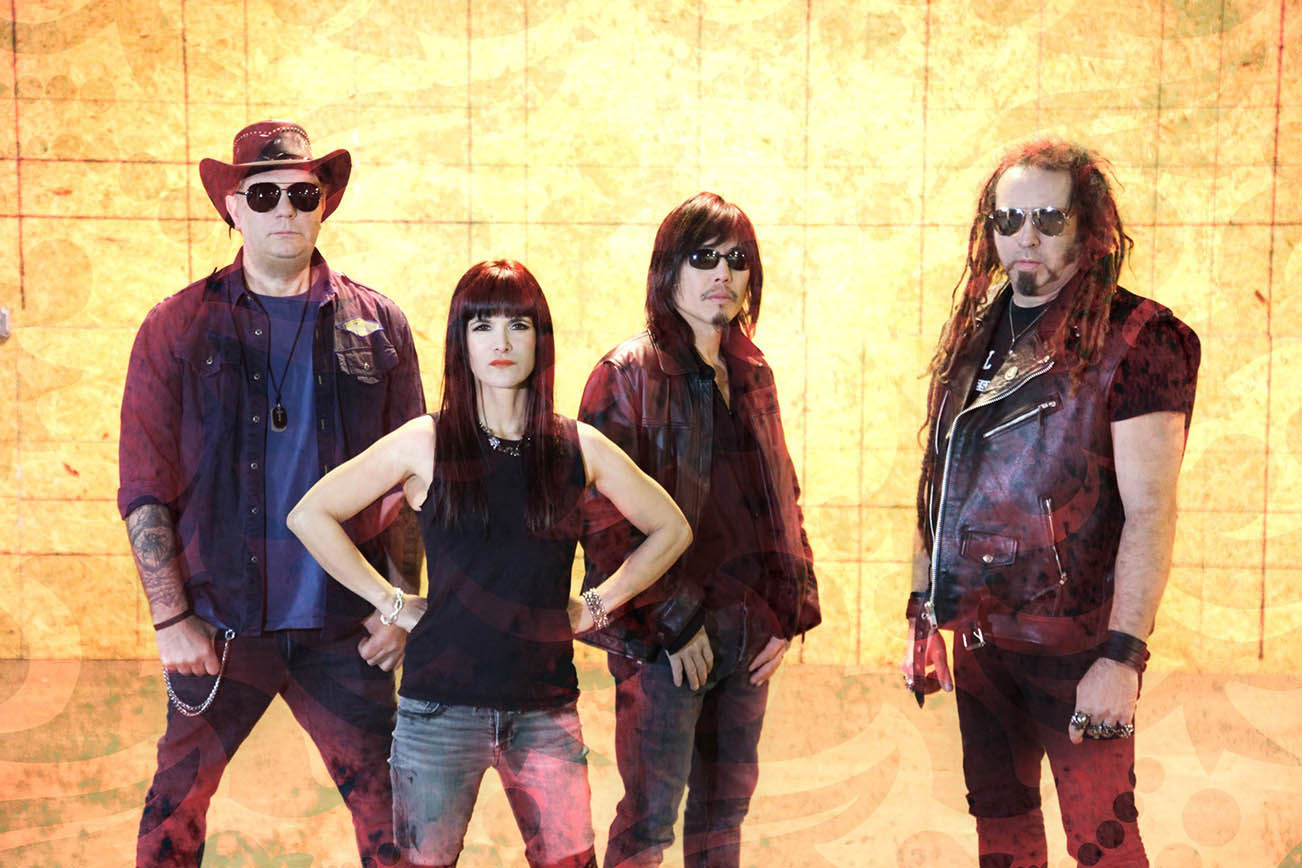 Formed by Helena Cos and Johnny Nap, the core of the Spider Rockets has been in tact for 20 years. The New Jersey group’s first three recordings were done with Martin Bisi (Sonic Youth, Swans, The Dresden Dolls), while 2009’s self-titled effort was helmed by Eric Rachel (Atreyu, Hatebreed, In This Moment). Along the way, Spider Rockets has toured with Saliva, Trapt, Pop Evil, Lilliam Axe, and Framing Henley, to name a few, beyond doing dates on the Vans Warped Tour.

2018 has brought a new full-length from the Spider Rockets, Along Came A Spider. (Purchase a copy via iTunes here.) It has also delivered tour dates alongside Puddle Of Mudd, Saving Abel, and Tantric. We had the opportunity to speak with frontwoman Helena Cos and highlights of such are below.

Check out the single “Sick” right below.

For someone who hasn’t heard your band before, how would you describe Spider Rockets?
Helena Cos: No-excuses rock that sometimes sneaks up behind you so it can beat you over the head. It weaves and winds, turns upside down, shakes you around and then comes back for more. But it also leaves you tapping your foot, bobbing your head or humming for the rest of the day.

Was Spider Rockets the original name of the band? Was there almost another name used?
Cos: We originally had the word “monkey” in our name when we started but received a “cease and desist” letter from a band in Florida. Who knew? So we thought long and hard and were pretty stumped for a while. Finally, Johnny came up with some ideas by way of heavy-duty brainstorming sessions. OK, maybe not so serious — I am embellishing – determined is more like it. Anyway, Johnny replaced the chimp in our name with “rockets” and suggested it to me. We both liked that this new name; Spider Rockets, had a strange, and at the same time, powerful feel. It felt right!

How long did you spend recording Along Came A Spider?
Cos: Honestly, the actual recording is only part of the process. This is an album that has been in the works for longer than we’re used to. It was supposed to be released in 2016, then in 2017. But we did not want to settle and we never felt it was quite right, so we kept at it. Songs evolved, parts were added and parts were deleted. We also had some upheavals to deal with, personally and professionally, and had to put back the pieces in both situations to create this album. Deaths in the families and band members falling off. We had to refocus, and it was hard.

As we started working on the new material, though, we were tougher on ourselves than we had been in the past. I am not sure what drives us as musicians, but sometimes bad things can make you stronger. It did in this case and we powered through and had people around us that didn’t let up either. Those people know who they are! We were demoing a lot before even hooking up with producer Dan Malsch (Framing Hanley, Tantric, Doro). And when Dan went through the songs, more changes were made. We didn’t want this to be one of those situations where you look back a year later and think “damn, we should have….” And, we’re glad we saw it through because we feel this is by far the best album we’ve done. 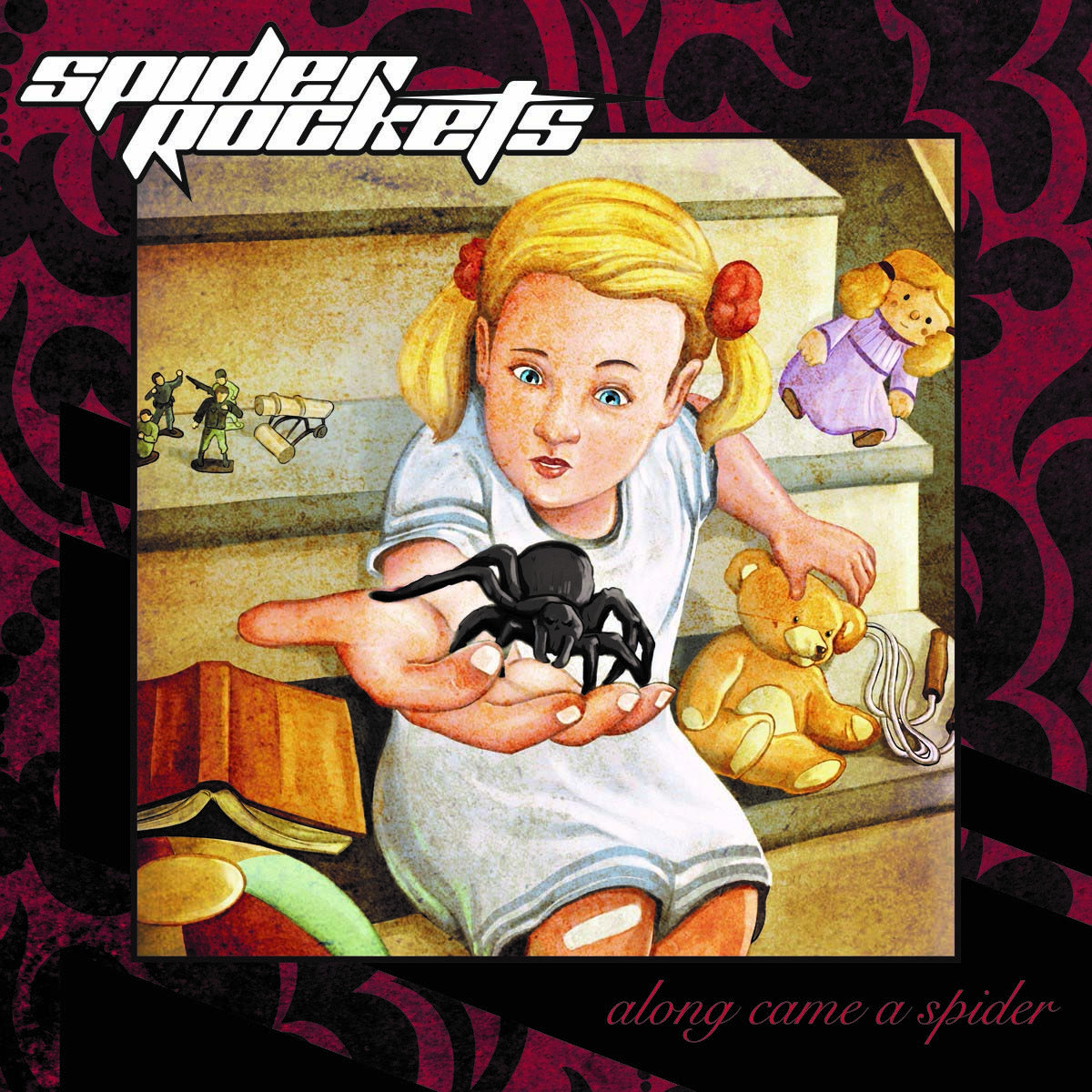 Do you have a favorite song on the album?
Cos: I think the elegant answer here is: “I love all of them, equally, like a litter of puppies. They are all adorable….” But, I am not elegant at all, so you are not getting such an answer. The truth is there are certain elements that I really love about each song. Here are some examples:

– I love the way “Sick” charges out the gate to grab your attention. Very uplifting and affirming, as the title suggests… (laughs)

– “Rip Your Heart Out” just goes for romance, reach that sentimental spot in our listeners’ souls and pulling at their heartstrings. I’m joking, of course. This a tune that goes for the jugular by way of telling a story. A sicko love story.

– “Love It When You’re Wrong” speaks for itself like the punk that it is. I mean, who doesn’t like being right and rubbing somebody’s face in it? I think many can agree how satisfying this can be.

– “Losing It” has elements that are quiet and, maybe even creepy. Which is kind of perfect. Because crazy does not always announce itself loudly.

What is the writing process like between you and Johnny? Is a lot of the writing done in the rehearsal room?
Cos: We start with lyrics or a guitar riff and then develop a part for a song around it. Some of it starts in the rehearsal room and some ideas get passed back and forth via voice memos on our phones. We save these ideas, even if we don’t come up with stuff right away, just in case they generate another idea down the road. As a song starts to come together, more parts are added to the good parts. Then we practice, dissect, move stuff around, remove parts, change lyrics. This happens a few dozen times — songwriting a la Spider Rockets. It’s not pretty, but it gets the job done!

Here is the official video for “Going Down”.

What does the rest of 2018 look like for the band?
Cos: We are concentrating on promotion right now. After all, we want people to hear our new album, right? So our press campaign is in full swing and the college radio campaign has already started for the new album. We also have live shows coming up and more are in the works. We will be going on a Midwestern U.S. run with Puddle Of Mudd next month and we look forward to touring. Stuff is happening behind the scenes right now and announcements will be made each step of the way so stay tuned!

When not busy with music, how do you like to spend your free time?
Cos:: I am an amazing cook. No, chef, is probably a better word. My guinea pigs are my band members, those poor suffering souls. They have tried my interesting vegan chili — it still needs some work — and my tofu turkey — OK, it came in a box, but I warmed it up. Have you ever tried a green or a brown smoothie? The guys have tried them all. Not because they want to, but because they are really, really good sports and are optimistic that maybe I’ll get it right eventually.

Also, I like to read. Poetry? The classics? Nietzsche? Sometimes, but also the books that you find in the bargain bin outside the library for 25 cents. Like 105 Uses for Vinegar or Bloody Stories from Down Under and How to Better Understand Your Dog.

What was the last concert you attended for fun?
Cos: I recently went to see a friend’s band at a local bar. Stuff like that always reminds me why we as musicians do what we do. Being around music makes me happy and hanging out with friends at a show is always a memorable and festive experience. It doesn’t have to be something epic like seeing a concert in a big stadium.

Finally, Helena, any last words for the kids?
Cos: Do stuff because you love it and don’t worry about current trends. That’s what we do and our new album is a testament to that philosophy.

“Rip Your Heart Out” is yet another track from the new Spider Rockets album.