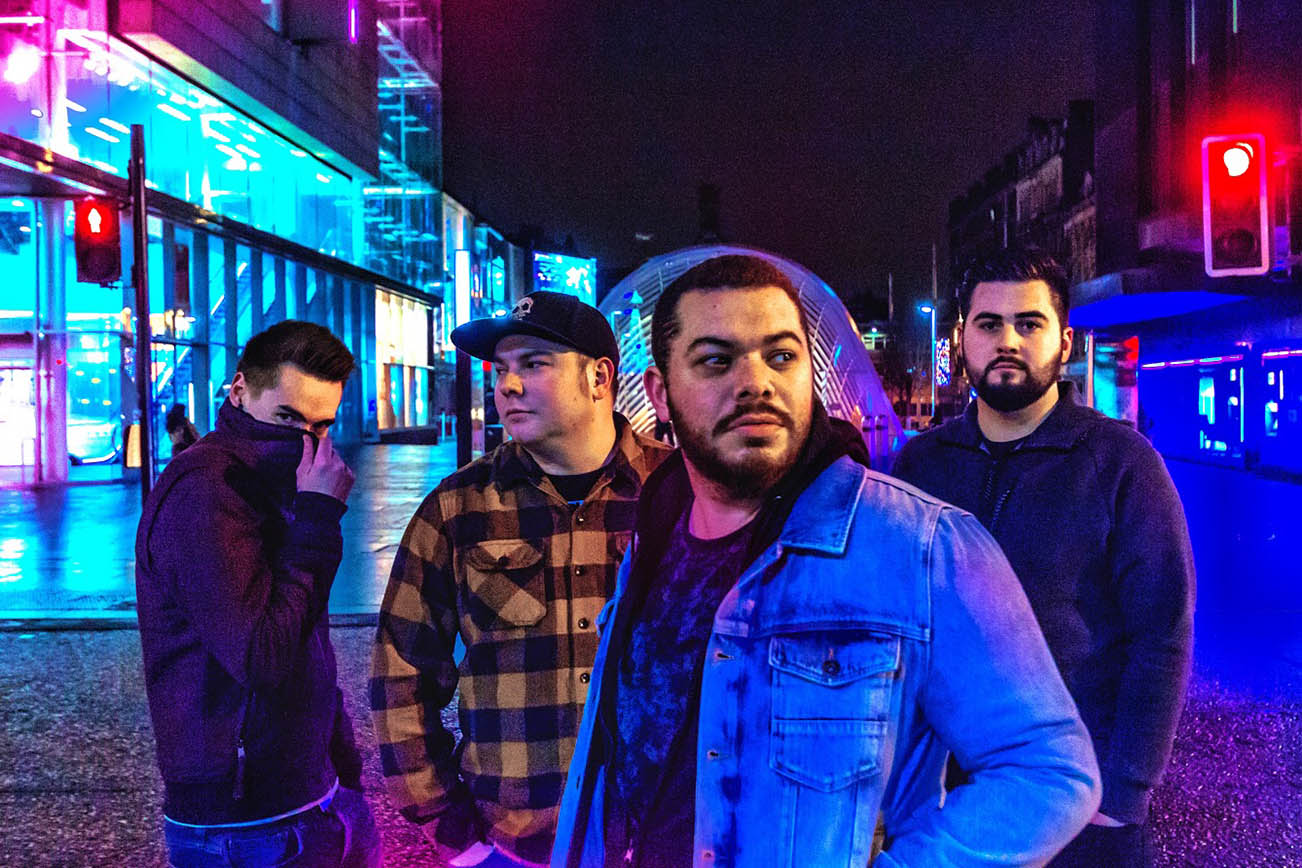 In Conversation with NESHIIMA: Liam Hesslewood on Jehovah’s Witnesses, Rap-Metal, and Unwavering Positivity

For all of rock and metal’s good intentions with experimentation – and oh the fruits of these experiments, from jazz-rock to death-’n’-roll – one market which has been very hit-and-miss is the crossover between heavy music and hip-hop. Since the heyday of Rage Against The Machine and Senser in the 90s, with the exception of the era surrounding Linkin Park’s first two records – there have been remarkably few commercially or critically successful acts uniting metal and hip-hop. Neshiima from Scotland are set to change that; after a long grind, they are set for a meteoric rise off the back of their upcoming EP Purple. Founder and frontman Liam Hesslewood enlightened us about the band’s unique experimentation, and the sensitive topic that inspired the lyrics on this release – his departure from working as a minister in the Jehovah’s Witnesses.

So firstly – where does the name Neshiima come from? Despite it looking Japanese – and their EP Beware of Gifts was based on the Japanese mythology of Urashima Taro (English text here) – it’s actually from the Hebrew ‘Neshama’ meaning ‘breath’, referring to “the life-source within the human body which is sparked by the breath of life.” [1] It was chosen for three distinct reasons: “[it] was different, refreshing, positive and something that would make the band easy to find on Google.” So far it’s worked out for them, although interestingly there is a film from 2016 with nearly the same name – no relation, as far as we can tell. [2]

Check out the band’s official video for the single “Become The Ocean” here.

Liam’s vocal abilities are remarkable – his singing is crystal clear, forceful and emotive, resulting in instant singalong choruses across their back catalog (“Become The Ocean” is but one example). He growls with vitriol in a manner not unlike Jon Howard from Threat Signal, or many within the tech-metal scene from which they grew. He also raps effectively, with a strong understanding of cadence and flows born from a love of hip-hop that goes deeper than a handful of Eminem tracks. It started, however, from a “happy accident. I used to listen to a lot of RnB with my Mum in the car. I’m pretty sure Coolio’s “Fantastic Voyage” was my entry point. From there, Nas and Notorious B.I.G were regularly listened to. It wasn’t til around 2001 that I discovered Roots Manuva and more UK hip-hop artists & producers. At this point, I really found my own rap vocal style. It’s still taken another 18 years to get this far though!! I’ve a lot to be grateful for in the example of these artists.”

So, does Liam think it is possible to unite these quite distinct communities again? “I’d like to think so. I’ve always begged the question: why can’t this happen again?” He name-checks the above-mentioned Rage Against the Machine and Linkin Park as prime examples of how to strike the balance – “If we could write a banger like ‘Sleep Now in the Fire’ I’d be very happy!” Newer bands like Hacktivist and DVSR also get a look-in as acts to watch. “I guess the trick is to keep the melody as a central theme to the music. Rap, for me, is definitely a complement to a good melodic hook. I guess we will have to wait and see if Neshiima strike the balance correctly.” Mercifully for him, the rest of his band mates have an appreciation for rap artists as well, and it shows in the grooves that they create to showcase Liam’s lyrics – which we will touch on later.

Their upcoming EP Purple contains a lot of fearless experimentation – in the middle of a metal record, the track “Who I Am” more resembles the RnB that Liam mentioned listening to in the car. “I (Liam) have always had one foot in that RnB sound. Sometimes I’ll create a basic melody and build around it with a much bigger framework of high gain guitars and drums. Sometimes though, a much softer approach will do justice to the lyrics and the melody.” Things have changed since he stepped away from playing guitar, and while their earlier sound was heavier, “I think a lot of that had to do with some real aspiration to be a part of the movement of Tech Metal bands that we love and have had the privilege of sharing a stage with.” It is a welcoming scene – as the UK Tech-Fest and its associated community can attest, and one which has allowed Neshiima to blossom – including a collaboration with Renny Carroll of Forever Never entitled “Here Forever” – one of the most uplifting singles you’ll hear in metal this year.

Both “Here Forever” and “Believe” – the singles off Purple – are ridiculously fun to listen to despite the heavy lyrical topic. “Believe” has a motivating message, which Liam shares in a poignant response – “‘Believe’ can be summed up by its opening line: “If only in this moment I could shed the shame”. From this point, I feel that we have a responsibility to empathise and reach out to people who have suffered in ways that are outlined throughout the song. I guess that the main thrust is self belief and overcoming the negativity that could weigh you down and hold you back from succeeding in life. I think this stance may come from a personal viewpoint that I personally refuse to let negativity effect me beyond a certain point. It’s certainly wise council to not suffer fools.”

Speaking thereof, we get to discuss his time as a minister with the Jehovah’s Witnesses. Were there positives that he draws from his time there? Absolutely. “Firstly, as much as we may hold our own strong opinions on many things, it’s always wise to be open-minded and respectful of the educated opinions of others. I have also learned that the Kind thing is always the Right thing. Even on my departure from that religion, I was dealt with (for the most part) in a reasonable manner, and so I felt no need to be bitter toward those who simply didn’t understand, or those who wouldn’t allow themselves to see why I chose to walk away.” A much more positive experience than one would expect, though he has advice for those who feel trapped in oppressive environment such as particular religious organizations:

“It can be very hard for individuals who are trapped for fear of their life in some extreme religious communities (in some instances). The only advice I could give to these people is not to be afraid to seek help from the relevant legal authorities for protection if they choose to leave. For most others who are either raised or have been part of an insular society and wish to leave, all I could suggest is that it’s important to not lose perspective on what truly makes that person happy. If they still feel that they have a faith (of sorts) but that it no longer aligns with their religion, it’s always important to keep proving who you are to yourself.” 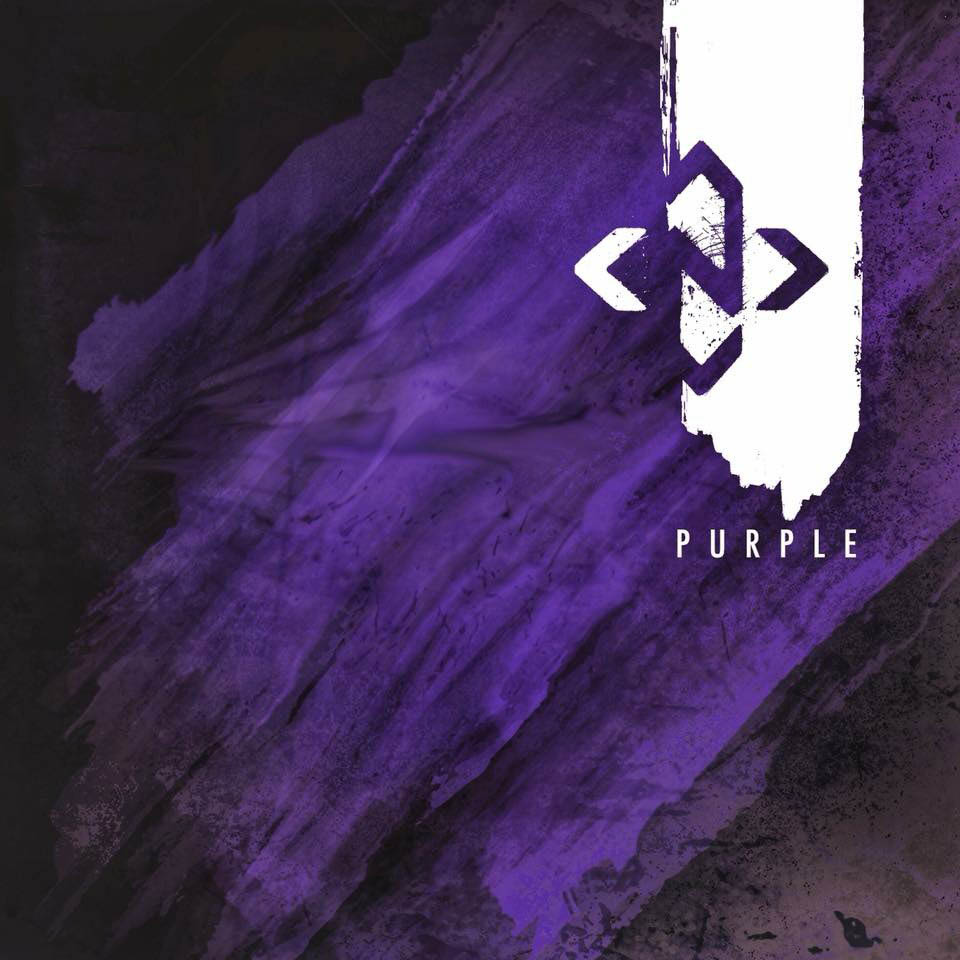 While he doesn’t make it explicit whether he has kept his faith, he states that it is important to believe in something. “Some people believe in deities, some people don’t, but above all, it is important to have a positive outlook, whether that be in humanity, your work assignments, even your own self worth.” This echoes of the positivity found in Killswitch Engage’s lyrics – not a coincidence, then, that guitarist Ross Cloughley is wearing a Killswitch shirt in the video of “Here Forever”.

Liam’s parting words are potent, in response to what he ultimately hopes that people will take away from Purple. The EP name was chosen as it “refers to the deep bruises that we all sustain through our lives, whether it be metaphorically or physically, we all have trials to overcome – and that name seemed to fit perfectly for us.” The overall feeling that Neshiima are pushing for is “a feeling that success isn’t something that is dependent on the acceptance of others, but that success should only be gauged by the acceptance of self.” For this positivity, and for a successful crossover between two divided music communities, we salute you, Neshiima.

You can pick up Purple on March 23rd via iTunes, Amazon, and Google Play. Thanks to Liam for his time and Lulu of Incendia for the opportunity.