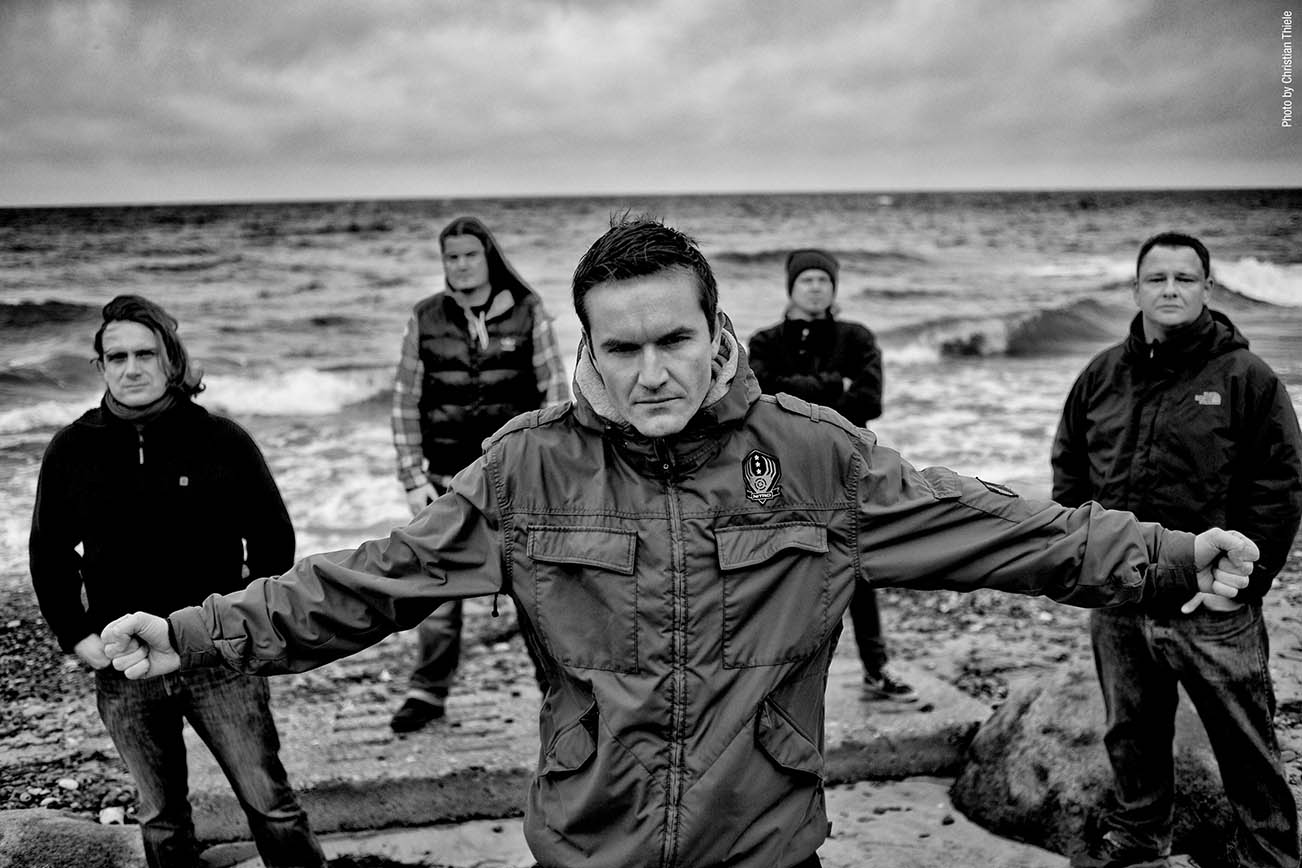 German melodeath heroes Heaven Shall Burn hit Geneva on March 22nd, just over half way through their “The Final March” European tour, on which they are supported by August Burns Red, Whitechapel and In Hearts Wake. This is a stellar line-up by any standards, featuring some of the very best that metalcore and deathcore has to offer.

It was gratifying to see L’Usine filling up in time for the first act, so that In Hearts Wake already had an enthusiastic crowd, which they fully deserved. Hailing from Byron Bay and with four albums under their belt, In Hearts Wake play the type of metalcore at which Australia excels – catchy hooks, heavy breakdowns, ambient synth passages – and the gauged earlobe brigade were out in force tonight. The high quality of the songwriting is enough for In Hearts Wake to transcend the saturated metalcore market, but what really makes them stand out is their environmental activism. Their concern for the world’s oceans plays a central role in their lyrics and message, but it is delivered with positivity and fun.

Jake Taylor is an extremely charismatic frontman, and the short set was filled with dancing and uplifting interaction with the crowd. Highlights were “Earthwalker” and final track “Refuge”. Clean vocal sections didn’t always hit the mark, but were delivered honestly and with passion. After their performance the band spent the evening greeting fans at their merch stand, which was replete with a cuddly koala and some of the coolest merch I have seen in metal this year. So for all this, I will forgive them their missing apostrophe and I’m now a confirmed fan.

Things took a decidedly heavier turn as Whitechapel hit the stage. The acclaimed deathcore band from Tennessee delivered a set of their best tracks, including “Elitist Ones”, “Mark Of The Blade”, “The Saw Is The Law” and finishing with “This Is Exile”. They seemed to have a few technical issues early on, but really hit their deathcore stride in the second half and the crowd were pummelled into a frenzy. It wasn’t all brutality though; a random bloke suddenly appeared on stage, dancing about and playing a bass guitar in flip flops. What? It was of course August Burns Red guitarist JB Brubaker, who came on for a laugh. One of several moments tonight that suggested a lovely camaraderie amongst these big-name tour partners.

L’Usine was packed to the rafters by now, but I managed to defend my front row position for August Burns Red. The fact that the Swiss crowd knew all the words to every song is testament to the enormous popularity of this Grammy-nominated US metalcore band. My first time seeing them live, and I was delighted to find that they sound even better live than recorded – quite unusual for a metalcore band given the difficulty of bringing out the delicate melodies, but JB Brubaker’s stunning guitar work rang out clearly.

Vocalist Jake Luhrs interspersed his growls and roars with messages of positivity, and there was plenty of humour too; Whitechapel’s bassist took his revenge by wandering across the stage towards the bus with his laundry, and Luhrs performed some metalcore cha-cha dance moves. There were circle pits and walls of death a-plenty, and by the final track “White Washed”, the crowd was in heaven. 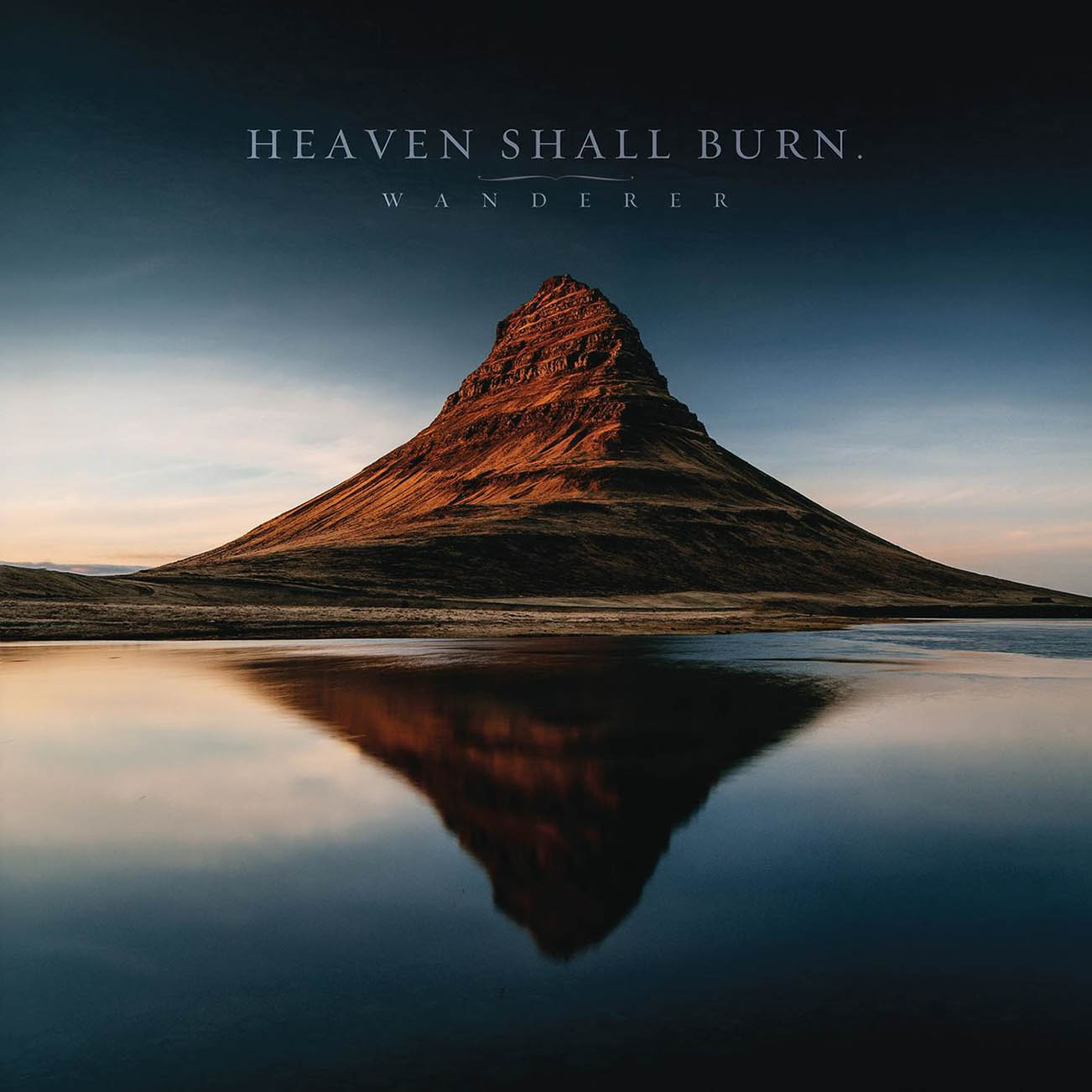 Fitting, then, that Heaven Shall Burn were up next. L’Usine is too small a venue for the pyrotechnics that Heaven Shall Burn often use in their live shows, so it was smoke boxes only tonight, but vocalist Marcus Bischoff is such a force of nature that he more than made up for the lack of real fire. After more than twenty years on the road, how Bischoff goes out every night and performs with this level of intensity is really a marvel. He wore a Hardcore Help Foundation shirt and mentioned the band’s support for veganism and animal liberation, underlying the socially-conscious and activist feel of tonight.

Alestorm’s Máté Bodor is currently replacing guitarist Maik Weichert on the tour, and he acquitted himself very well; Heaven Shall Burn’s trademark dual guitar tremolo picking sections were as tight and satisfying as ever. This long set covered plenty of tracks from the latest album Wanderer, and their performance of “Passage Of The Crane” was four minutes of pure joy for me as it’s my current favourite song. Heaven Shall Burn do a great line in covers, and tonight gave us their wonderful version of Edge Of Sanity’s “Black Tears”, plus an encore of Blind Guardian’s “Valhalla”.

Tonight went by in a flash, I was so engrossed in every moment. The heaviest and very best of metalcore and deathcore, delivered with heart, positivity and humour. An absolute privilege to be there.

Watch the Heaven Shall Burn’s music video for their single “Corium” below.