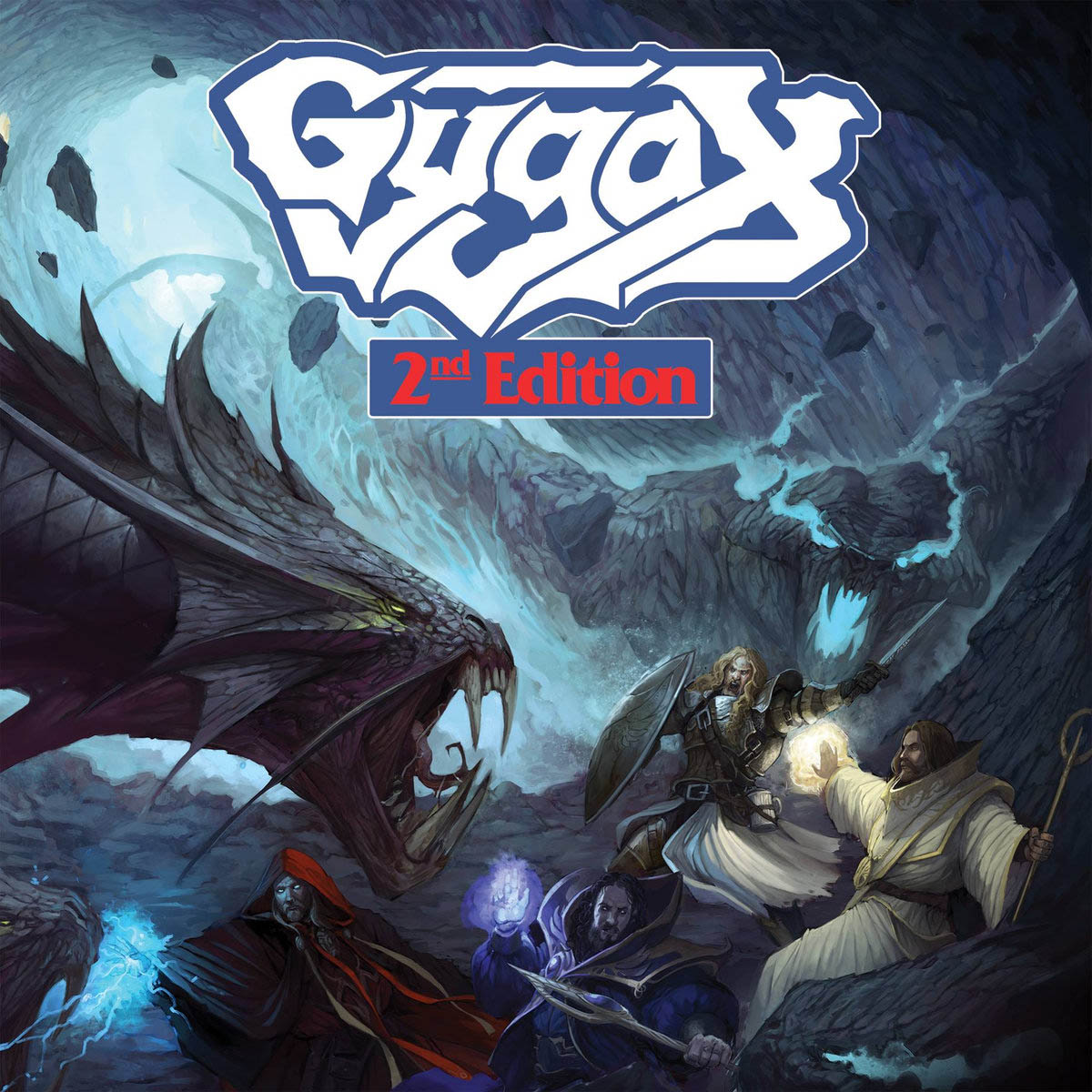 I don’t know if it makes me a second tier metalhead and wipes away all my accumulated scene points, but I’ve never played Dungeons & Dragons. Never. Not once. Ever. That’s not to say an extensive list of nerdy pursuits hasn’t filed my pocket protector since athletics and actual bodily motion lost the battle to distorted guitars and screaming vocals set to jackhammer rhythms, but the time-honoured tradition of Cheetos-stained fingers engaged in D&D marathon sessions in faux-wood paneled basements has never been a thing for me. This, despite growing up in ’70s/’80s Scarborough, ON which was essentially ground zero for that sort of thing.

The above only gets brought up because in addition to the moniker of this Ventura, CA-based band’s sounding killer in terms of syntax, and eye-catching due to its use of the alphabet’s lesser-used letters – and before dismissing this, think about how your eye latches onto words/logos with x’s, y’s and z’s in them – that Gygax is actually the name of D&D co-creator Gary Gygax. Combine that bit of information with the fact that this band features present and ex-members of Gypsyhawk, Skeletonwitch, Pentagram, Huntress, Holy Grail, Place of Skulls, Mantic Ritual, Warbringer and more and it’d actually be disappointing if Gygax didn’t fucking rock.

Kicking off its second album with a song called “Dice Throwers and Rock n’ Rollers” almost has the band daring skeptics and critics to come at them (bro). Thankfully, all parties are satisfied with the tune’s relentless homage to scalar riffs and walking guitar harmonies sculpted by Thin Lizzy’s hardest rocking moments. The same confident riff strut makes “The Lascivious Underdark” the sort of song Lizzy guitarist Scott Gorham’s wife would cheat on him with whereas “Pure Hearts” explores the slower and soulful side of hard rockin’, hard drinkin’ and hard livin’ with an almost romantic shade. And while the harmonised guitars and shuffling four-on-the-floor drum patterns connect with both the beating heart’s thump-thump and burgeoning air guitarist in every member of the human race, these songs are further enhanced by searing blues-box solos and tied together by vocalist/bassist Eric Harris’ propensity for gruff, but soaring, vocal lines.

There’s an argument to be made for rock fans preferring a band like Gygax, that focus the majority of its approach on unadulterated Thin Lizzy worship, instead of Da Lizz itself. To some degree, of course. It has to do, in part, with the young bucks of today almost exclusively zeroing in on the classic Irish rocker’s twin guitars and the upbeat boogey of mid-70s albums like Fighting and Jailbreak. The other part of the argument pertains to being able to skip over Thin Lizzy’s own development, deviation and weaker moments. Though, Gygax really take the foot off the gas to explore their heroes’ more subdued side on “Wish” and “Heavy Meddle.” The result is a glaring contrast and the album’s weakest moments. At the same time, there’s something to be said for experiencing that singular sound without having to hear “The Boys are Back in Town,” as great a song as it is, for the 200th time this week. I have no idea what’s replaced D&D in the internet age, but whatever has, I can’t imagine Second Edition not being suitable accompaniment.

Curious to know what this band is about? Stream the single “The Lascivious Underdark” here.