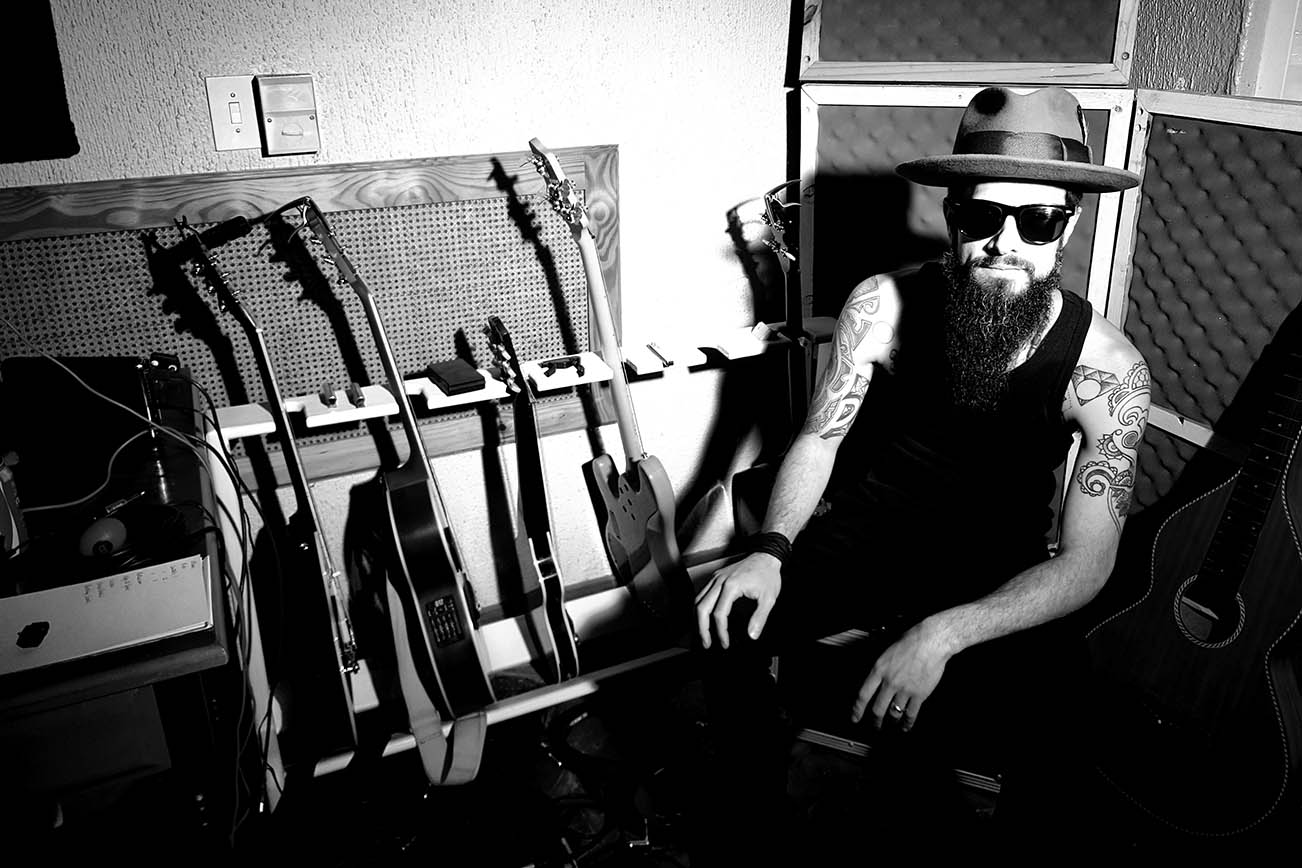 South Africa’s folksy, dirty blues rock duo, The Amblers issued their four-track EP The Dustling Man on August 25th, 2017, and with the new tunes continue to amass a sturdy following. Carrying a sound that leans towards the heavier side of things, fans of gritty, distorted bluesy rock a la Jack White or The Raconteurs are def. going to lap up these Johannesburg natives’ tunes. With a raw yet polished approached, the guys’ sound is simultaneously vintage and modern, and meriting further exploration. Currently working on their new album, we quickly caught up with guitarist and vocalist Justin Swart to chat gear.

The cover art for The Dustling Man, which can be heard below, or video iTunes, Deezer, Apple Music. 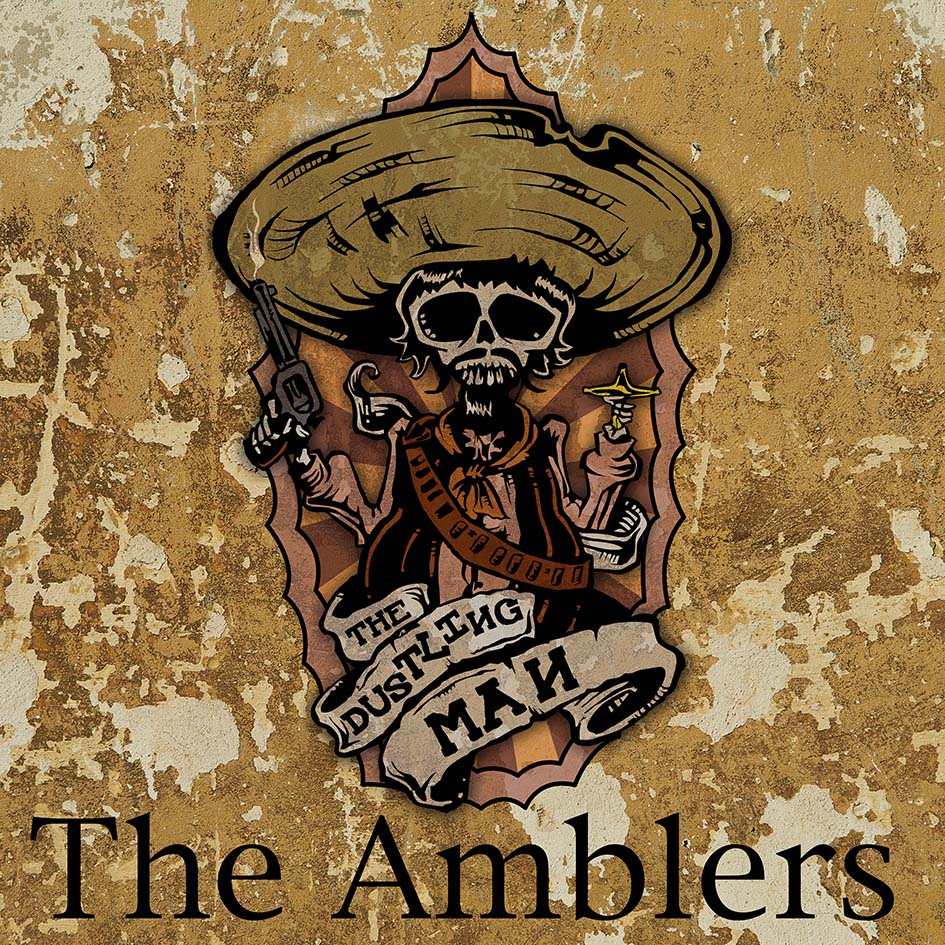 What one piece of gear do you use to obtain your signature sound?
Justin Swart: Right now, that signature piece is a custom built gated fuzz by Craig Amplification. I have the prototype. They will most likely put it into full scale production at some point. It’s an awesome piece of gear. However, the prototype’s circuit is handcrafted. So, for me, even a reproduction won’t produce exactly the same sounds. It’s proper.

What about it makes it so important to you?
Swart: It’s unique and edgy. As far us fuzz goes. It has variable frequency filters, decay and tuning modulation along with a bunch of other features, so it’s insanely versatile if you take the time. With patience, the range of tonal possibilities are huge!

How was this gear used during the recording of your latest album?
Swart: I used it everywhere! Not as a base tone, I use a different Craig Amplification prototype for that, but that is a conversation for our next interview (I now have a foot in the door). The pedal in question, I used to create that extremely dirty, almost overbearing gated fuzz where intensity and drama was desired. That kind of guitar sound and head dropping drums defines The Amblers. 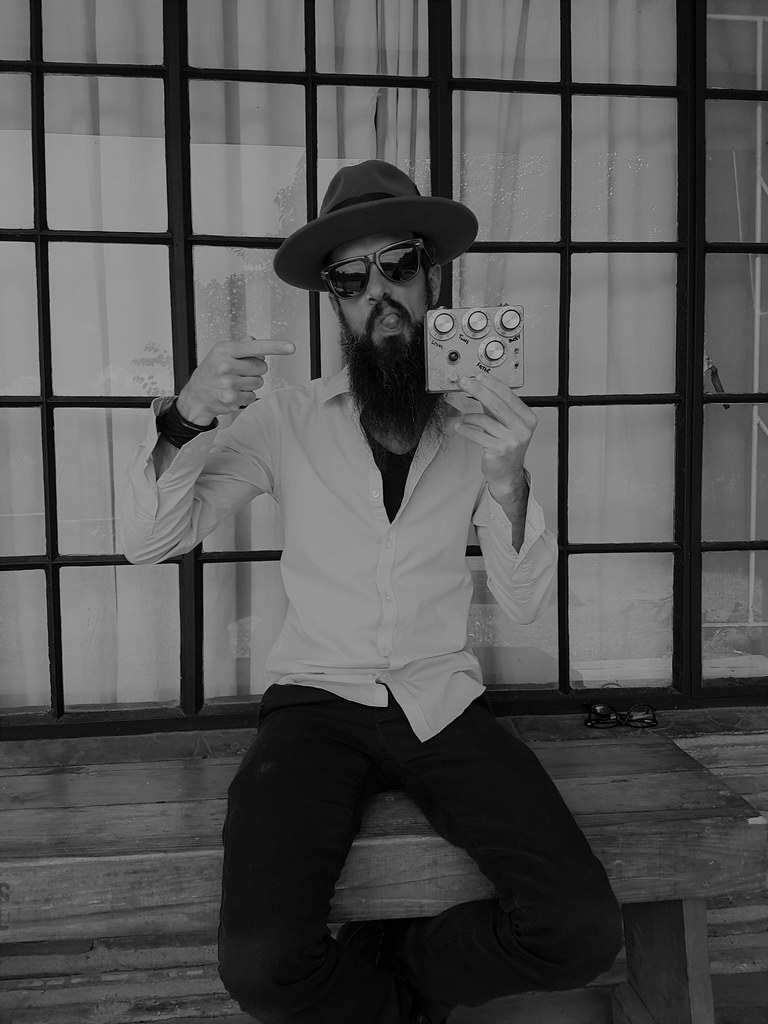 How do you recreate your album (guitar/vocal/bass) tones in your live set?
Swart: We just play our songs. It’s as easy as that. The Amblers has no bassist. So there is no bass on our recordings. At times there are certain overdubs that we do, but they aren’t the main focal point. So recreating our albums on stage is easy.

Do you have a backup for this gear, if so, what?
Swart: No, sadly no backup. It’s a beta prototype. If I had to lose or break it, I would definitely be disappointed but, such is life. I would have to find something new that turns me on as much. There’s a lot of great stuff out there. Especially when there are insanely talented people around who are able to craft one-offs for you with their own hands. Artisans. Originality and risk is important. Don’t be afraid to use something that isn’t made and distributed by big global brands or to try new, unconventional ways of crafting unique tone.

Any final thoughts or comments on the gear?
Swart: Yeah, my final thoughts are this… Gear alone is not the final, or only architect of tone. For me, tone is in the fingers. Musicians, both novice and advanced, don’t have to, or shouldn’t rely on truckloads of gear to get great, toe-tapping tone and sound. Use your gear, get the best you can out of what you have.