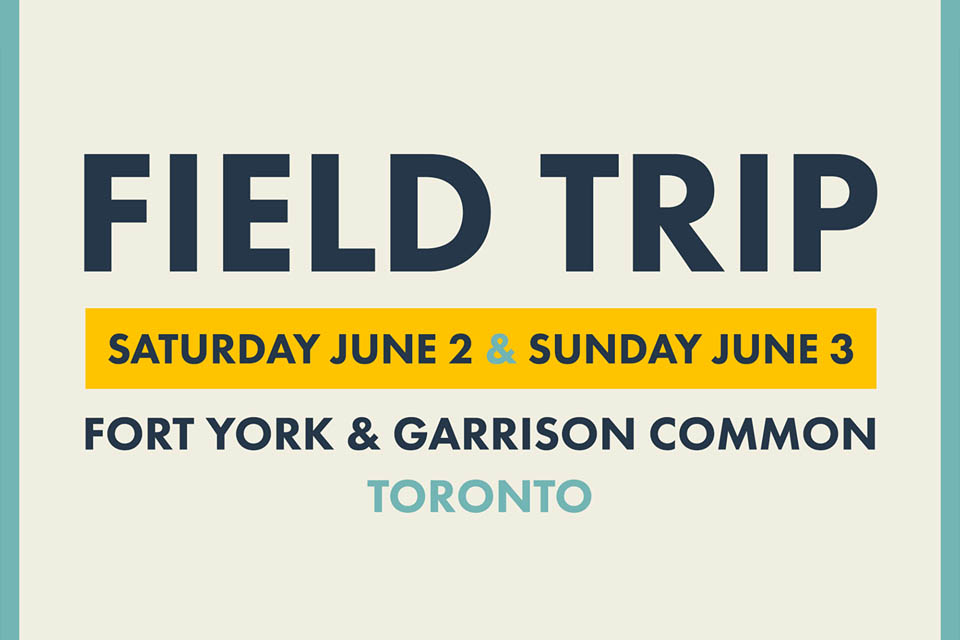 Field Trip has announced the line-up for its 2018 event. Metric and Yeah Yeah Yeahs will headline the two day festival, which will once again take over Historic Fort York and Garrison Common in Toronto on June 2 and 3.

Yeah Yeah Yeahs have been on hiatus since 2014 and recently returned to playing live with shows in the summer of 2017. The event’s line-up also includes Alvvays, who will also play Coachella this year, Bahamas, Japandroids, Deer Tick and many more.

This marks Field Trip’s sixth year. Originally conceived as a tenth anniversary party for record label Arts & Crafts, what started life as a one day festival has quickly grown into one of the most anticipated music festivals in Toronto.

Recognizing that Toronto indie music fans are getting older and have families of their own, the event will once again feature Day Camp; a kid-friendly space. This promises to be the biggest year so far for Day Camp. The full line-up will be announced later in March. Kids 12 and under are admitted for free with an adult ticket holder.

Field Trip will provide festival goers with a complete smorgasbord of food to suit all tastes, comedy and visual arts. The comedy, food and art line-up will be announced in the coming weeks.

“Field Trip promises something for all of us. We challenge ourselves to improve the diversity and creativity of our offerings every year, but our deep connections to the City of Toronto and its creative communities remain unchanged,” Field Trip producer Aaron Miller noted in a press release. “Fort York is an amazingly intimate site – the ability to stage an event like this in the heart of one of North America’s best and biggest cities makes Field Trip a weekend event unlike any other.”

Tickets go on sale on March 9 at 10 am EST via www.fieldtriplife.com.