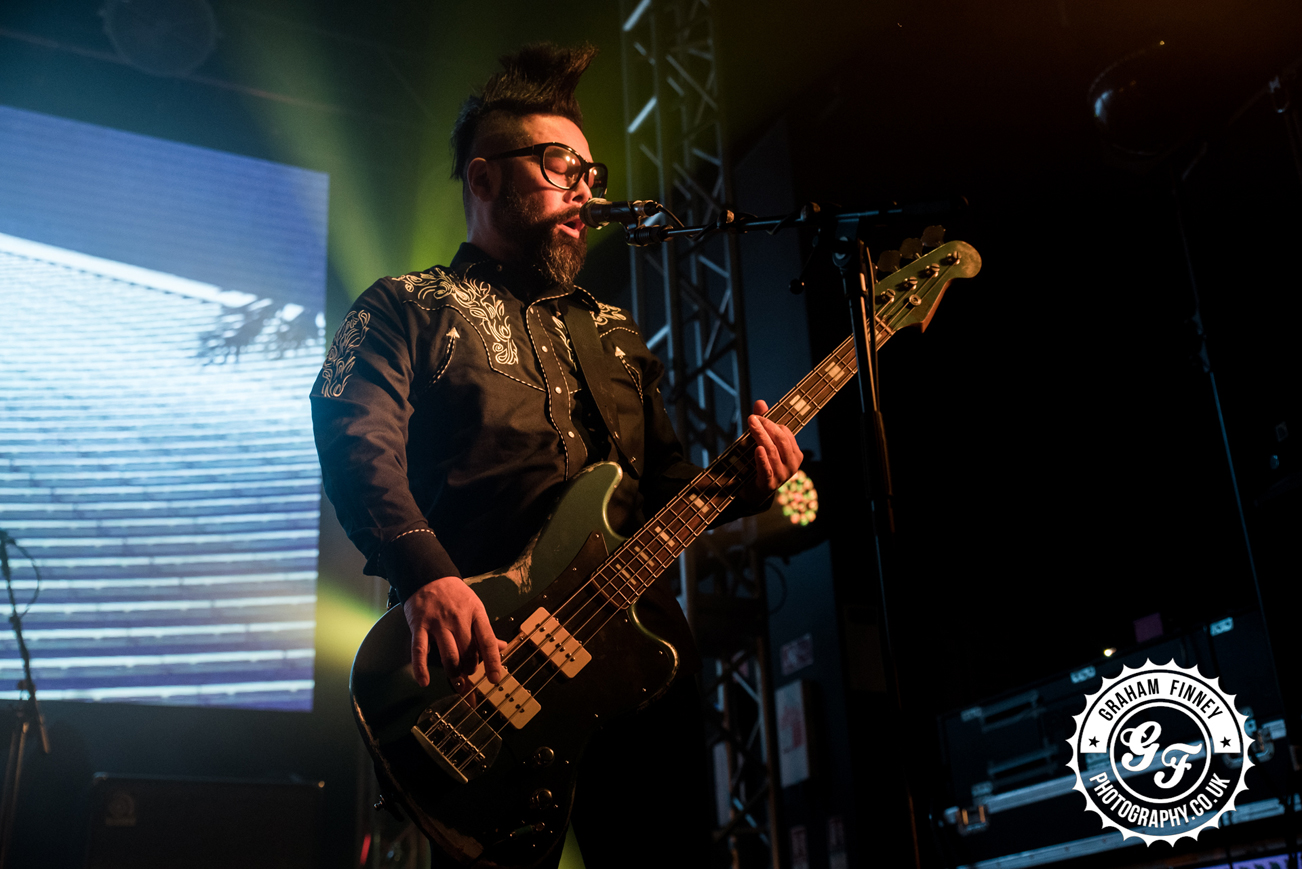 Back in the ‘90s/00s the British grunge revolution never quite had the same impact as that of our Seattle counterparts who, for better or worse depending on your opinion, changed the face of rock music forever. Feeder were one of those bands who, over the course of their ten albums to date, have consistently enjoyed a decent level of success during that time with a splash of hit singles that, even now, still get random airplay and elicit fond memories of days gone by.

In fact, most of those fans who were there first time around appear to be packed into the O2 Academy in Leeds as Feeder hit the city as part of their extensive “Best Of” Tour. The fact that the Academy is buzzing with excitement shows how much of a connection Grant Nicholas and his band had and still have with their audience. It’s an audience who, like the band, are older and wiser but, again, like the band, are as much in love with tracks like “Renegades”, “Pushing The Senses” and “Buck Rodgers” as they were first time around.

Nicholas has grin on his face throughout the set while, to his left, is the familiar sight of longstanding partner in crime, bassist Taka Hirose throwing himself, impressive mohawk n’ all, into every glorious slice of alt-rock. It’s a career-spanning set from the band which, when it ends, has you wondering why, despite outlasting a lot of their alt-rock counterparts, Feeder haven’t spent their career playing to much bigger audiences than the admittedly impressive ones that they’re pulling in on this run of dates.