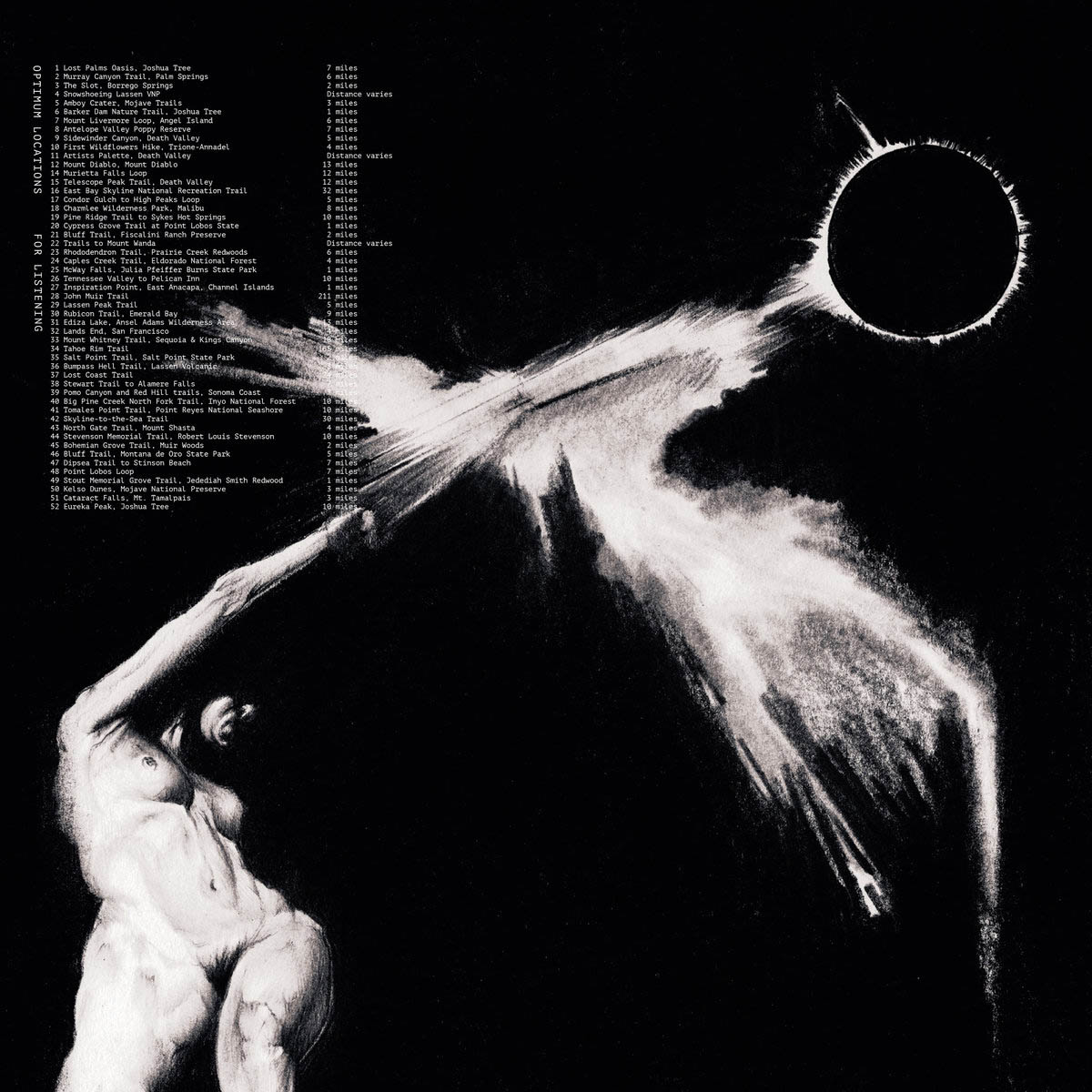 Since putting out $uccessor at the back end of 2016, Dedekind Cut has been through a number of shifts both geographically and metaphysically. Moving away from Dominick Fernow’s Hospital Productions label, on which both American Zen and the aforementioned $uccessor were released, Dedekind Cut (real name Fred Welton Warmsley III) opted for Chicago-based Kranky, home to the likes of Grouper, Stars of the Lid, and A Winged Victory for the Sullen – prominent within experimental ambient circles. He also now finds himself located in the mountain lake town of Tahoe (from which this album takes its title), straddling the state lines of California and Nevada. However, to think that these changes might only be decorative would be misleading. This uprooting has undoubtedly played various roles in the approach to creation and, hence, the resultant sounds of Tahoe.

Initially less bombastic than its predecessor, Tahoe starts with a gentle ambient awakening, as if Warmsley is escaping urban claustrophobia and taking in deep lungfuls of fresh air. Bright angels appear to be whispering from within dense dreams. Their long gentle fingers curling around and cradling your unconscious self, trying to keep you within their torpid world. There is reassurance and trust in their sonorous embrace. “Crossing Guard” is patient and pressing. The firm drones contain a steady hand that guides us along the safest path. It is like being invited into a welcoming yet solemn ceremony in an unfamiliar tongue. This is a buoying presence. It doesn’t demand anything but gently encourages diving in. The bassy, submerged oscillations depart from our skulls and allow in an airy and light beam of synth pads which lift and reveal buried melodies like glimpses of promised secrets. It sounds like a wash of sparkling tides bimbling across a golden shore.

These waves are then manifested in the title track, accompanied by heavy string surges which grow from a fathomless space into dazzling beacons. A gloomy centre pervades throughout and from which all other notes seem to grow. To escape. It’s a constant that seems more towering and complex than a cursory glance can explain. This core is both the home and the source. Following this darkness, a flurry of ecstatic and vibrant patterns dance across electronic strings. Choral voices seem to warn as much as exult. Sonic bubbles bring us back to calm, evincing lazy ripples and lolling lights. Deep throaty calls suggest something ritualistic. A cry out to nature. It could mean danger. The sprightly and frolicking electronic cascades that succeed this are too giddy for fear. They do threaten to unravel, however, and lose cohesion as birdsong reminds us of nature’s ability to harness chaos. Dirty calculated electronics try and force unity, but they waver and an analogue blast of bass restores parity.

This record feels, in many ways, like it is charting human interaction with nature. And, for the most part, nature asserts its dominance. On “De-Civilization”, the work of William Basinski is channelled. A loop of heart-tearing beauty reaches out, grasping for contact, before shrinking away, unloved. Having said that, the gargantuan tragedy of human emotion rallies and bleeds into our undeserving ears. “Spiral” is next to clatter in to view, with shards of oiled machinery surging and distorting their way through this composition like spot-lit JCBs ripping through the ground behind a chain link fence.

The sounds of a busy jungle then come to the fore. Overlaying a waning drone that drifts into a choir who bring assertions of higher states of being into this wild and unknowable place. This treads in the footsteps of Werner Herzog bringing Caruso to the jungle in Fitzcarraldo, or futilely battling the landscape in Aguirre: Wrath of God. Man is adamant of his place and his ability to be in control and with a bone-juddering kick and topography-flattening waves of bass, Warmsley razes nature. Evoking the planet-destroying realms of Roly Porter, “Hollow Earth” seeks to flush any doubters from its pores, leaving us floating in the gilded ambience of its wake.

The finale of “Virtues” envisions the light and the dark existing simultaneously, in equal measure. Both forging forwards, creating channels and decorating them with a dusting of belief and knowledge. Gruff low end leads and symphonic peaks show us that a harmonious existence can be reached but, nevertheless, this thought from Werner Herzog seems like an appropriate ending:

“Life on our planet has been a constant series of cataclysmic events, and we are more suitable for extinction than a trilobite or a reptile. So we will vanish. There’s no doubt in my heart.”

Like what you just read? Then you’ll love Tahoe too. Stream it here!