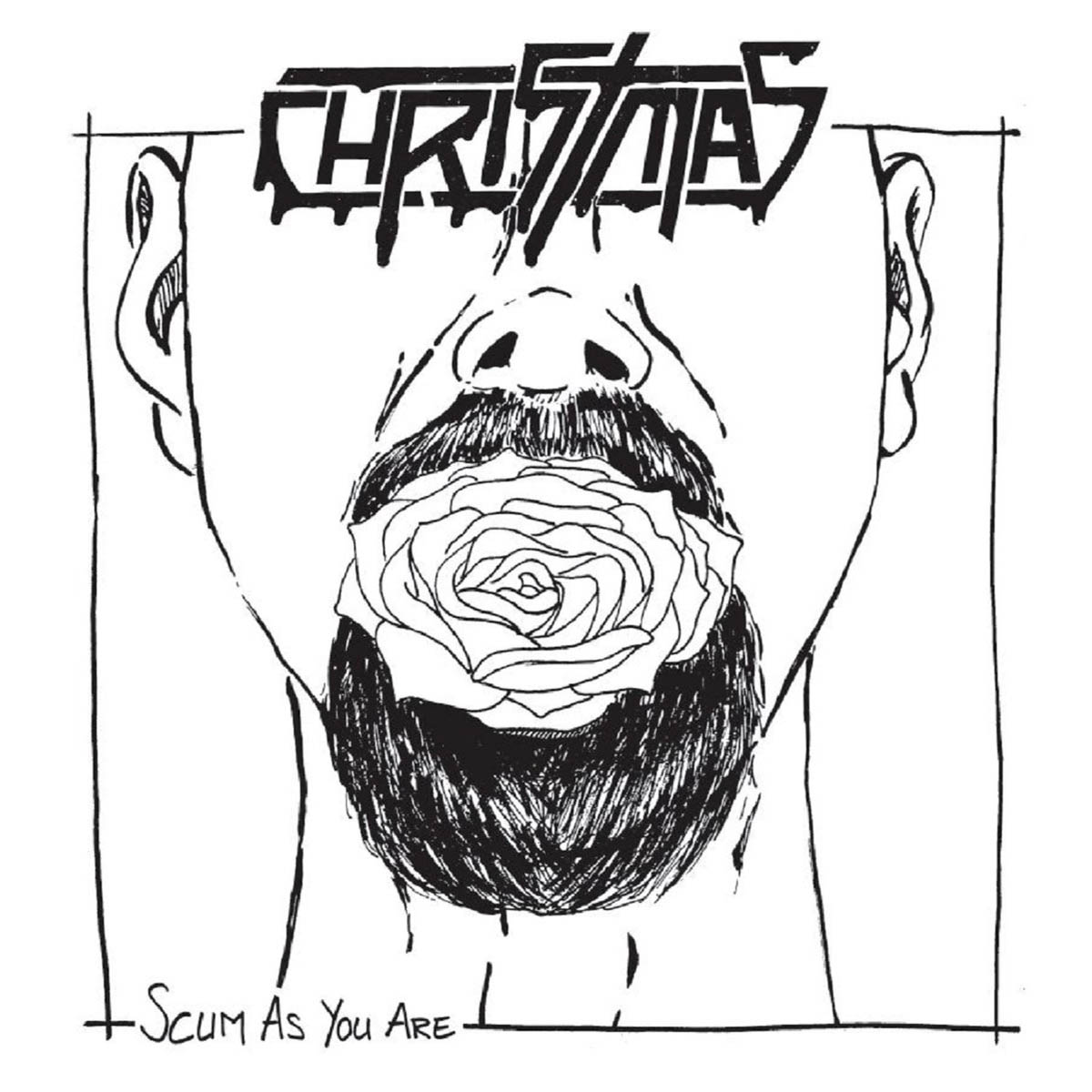 Christmas – “Scum As You Are” [Album Review]

Ideally, you would think a state that harbors Germany’s largest concentration of Roman Catholics practitioners along with holding a history that reads like a case study in identity crisis politics would merit itself for being a fertile ground for kids in angst to turn to punk rock. However, that’s not the case because Saarland (or “The Sarr” for short) doesn’t have much of a punk scene to start with, according to Max Motherfucker, the throat man for the Sankt Wendel group Christmas.

Upon that realization, and keeping their thing going anyway they can, Christmas actively tours around Europe playing stages, Turbojugend parties, bars, and any place they can plug into all while consistently recording and releasing new material when their schedule allows. Their new LP, Scum As You Are follows up their 2015 effort, Appetite For Self Destruction (nice play on 90’s hard rock culture guys) and reinforces the notion that these mench get better all around with each release.

The truth of the matter is there’s no drastic change on Scum… that isn’t reflected on Appetite…; they stick to their traditional sound but yield a much-improved production value with this release. The 11 tracks that round out Scum As You Are carries in the vein of their previous effort with metallic guitars carving traditional ABABCB punk songs all with the thick, wet Deutsche accent Mr. Motherfucker spews forth like a helpless, desperate tourist asking for directions in a foreign land.

If you’re a fan of later era Varukers and skate punk groups such as 7 Seconds and No Mercy, this is something for you!

Scum As You Are Track Listing:

Check out the lead single “You bore me” just below.